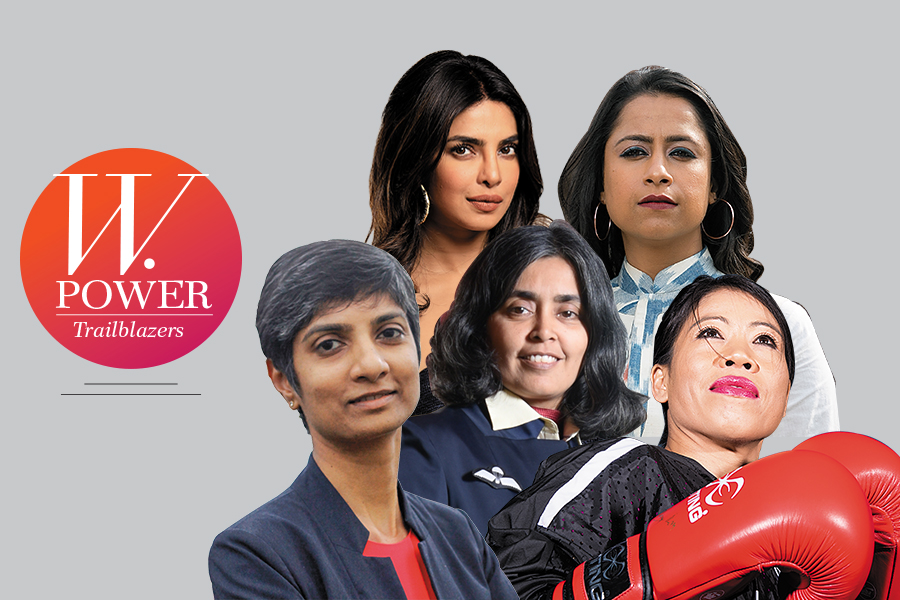 A jig here, a high-five there: US Congress headlines got a lot more flavour in January this year, electing a record number of women who are changing its face. One of those faces is coloured, under 30, and not afraid to shut down her critics with a mix of sharp intelligence and liberated millennial-ness: Alexandria Ocasio-Cortez (AOC), the youngest woman to serve in the US Congress, speaks as eruditely about increasing marginal taxes and controlling fossil fuels as she does about her K-beauty skincare routine. When Republicans attempted to tear her apart for an old dance video from college, she filmed a now-iconic response of her boogying into her shiny new Congress office, broadcasting an unequivocal message of strength, served with a dollop of wit. ‘Women like me aren’t supposed to run for office’, her campaign began. And here we are.

Very often, women in power are afraid to showcase their personalities, or, indeed, their femininity. “Women leaders are often judged as being too soft-spoken or too abrasive,” Komal Mangtani, senior director and head of engineering and business intelligence at Uber, told us in an interview. “But if there are more of us, and different kinds of us...it would teach people that women have different styles of leadership, and men have to get used to them.”

What AOC represents is a new breed of women willing to balance power with so-called puff: That it’s okay to demand high-level policy changes, but also to discuss your beauty routine on Instagram. That fashion can be used to make political statements. That it’s time retire the cringe-worthy phrase ‘beauty with brains’, and recognise that there isn’t ever a dichotomy.

It’s been a year of reckoning for Indian women everywhere. Embracing the #MeToo movement, many women have finally spoken up for themselves, and been listened to, too. The Forbes India W-Power Trailblazers issue, this year, moves beyond the stars of the boardroom to highlight women who are fighting for their space, in fields traditionally dominated by men. Seema Rao is India’s first female combat trainer—there isn’t an elite armed force she hasn’t taught. Menaka Guruswamy, Supreme Court advocate, has fought long and hard for human rights, the only woman lawyer to contest Section 377. Bhakti Sharma is the first Asian woman and youngest in the world to swim in the freezing Antarctic waters.

Then there are names you know, but sides of them you haven’t seen: Meet Priyanka Chopra Jonas, the astute tech investor; meet Mary Kom, the lifelong student.

Rao speaks of a turning point in her life, a fight that shifted from her ‘being controlled’ to ‘being in control’. Perhaps now is that point for women in India.