One of the early movers in the beauty ecommerce space, Purplle is getting ready to take on the biggest in the business on its path to profitability and scale 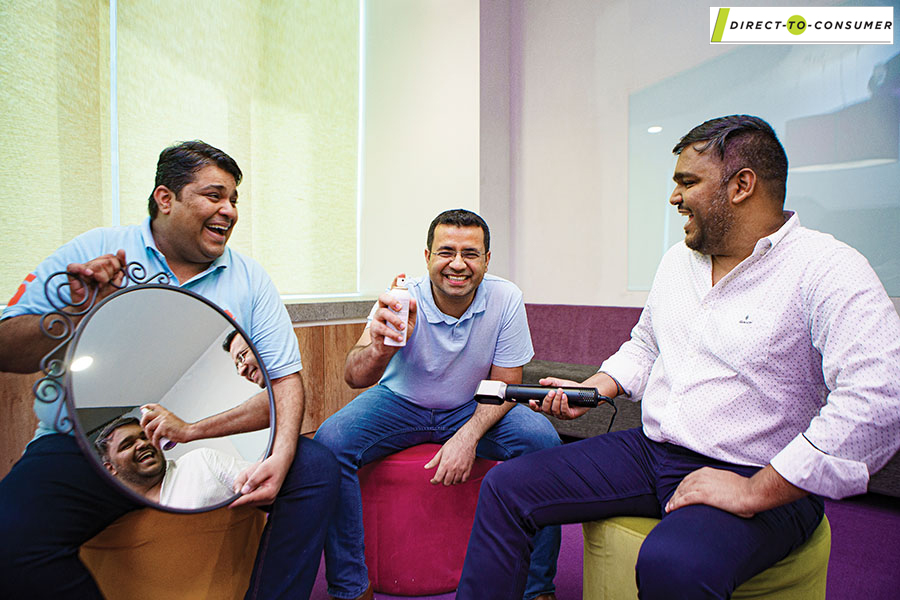 It was odd—three male engineers from IIT launching a beauty brand catering only to women.


But Arjun Anand, executive director at Belgium-based investment firm Verlinvest, decided to back Purplle anyway. He felt they had the maturity and vision to build a team around them that caters to their audience.

It was late 2019. Purplle, a beauty ecommerce platform, was raising its Series C funding round from a clutch of investors and Verlinvest decided to put in ₹56 crore ($8 million). A few things had piqued Anand’s interest. One was that the company founded in 2011 had gone eight years with just some $10 million of capital. “That capital efficiency in ecommerce is unheard of in startups these days,” he says.

Anand remembers that even at the Series C stage of funding, the founders of Purplle had the maturity and clarity to know exactly what they wanted and what they were not going after. “They asked me to look beyond the top 10 metros and were clear about building for women in smaller towns and cities.” At the time, he explains, that was an underserved and neglected segment, but was a large enough consumer set that would evolve over time.

Sure enough, in the past few years, increasing digital penetration in India has enabled and propelled internet businesses. According to the Economic Survey of India 2021-22, India crossed 800 million internet subscribers in 2020-21, growing by over 337 million since 2017-18. And India’s online beauty and personal care market is expected to reach $29.3 billion in 2022 and $37.2 billion by 2025, as per a report on D2C beauty and personal care in India by Inc42 Plus.

Purplle, led by co-founders Manish Taneja and Rahul Dash, and chief technology officer Suyash Katyayani, has so far managed to raise approximately ₹1,366 crore ($180 million) of capital, with the last fundraise being an extended Series D in December 2021 of ₹416 crore (close to $55 million) at a valuation of over ₹5,400 crore ($725 million).

Operating revenue of Manash Lifestyle (the entity that operates Purplle.com) in FY21, as per data from intelligence platform Tofler, is about ₹128 crore, up from ₹91 crore in FY20. “My sense is, over the next two-three years, you will see us growing significantly more than the industry average,” claims Taneja, who is also the CEO, adding that the run-rate of gross merchandise value (GMV) is expected to be around ₹1,500 crore ($200 million).

“Both Purplle and Nykaa offer a good reference point that there are two players who have managed to create a space for themselves, and disrupt the incumbents [like Hindustan Unilever, Procter & Gamble etc],” says Ankur Bisen, senior vice president, retail and consumer at consultancy firm Technopak.

It says a lot about the growing beauty market that creates a lot of opportunities and interest among consumers, he explains, which means Purplle does not need to grow only at the cost of Nykaa. “It’s a long journey for Purplle, but it has been a right journey, and the company has definitely created a mark.”

The founders of the Mumbai-based company are first-generation entrepreneurs. While Taneja was a private equity analyst at Fidelity Growth Partners India, Dash was into strategy and business development at Tata Power. Along with CTO Katyayani, Dash is an alumnus of the Indian Institute of Technology (IIT)-Kharagpur, and Taneja is an engineer from IIT-Delhi.

When they started out in late 2011 with their personal savings of ₹50 lakh as capital, “it was a primitive time from an ecommerce point of view”, says Taneja.

Manufacturers and brands, like the large FMCG companies, did not believe in ecommerce for beauty, but Taneja believed the sector was ripe for disruption.

Purplle started in around 1,800 pin codes, which has now grown to selling more than 1,000 brands and 25,000-odd unique products in 18,000 pin codes across India. Last year, it also picked up a minority stake in beauty brand Juicy Chemistry.

Apart from aggregating third-party products, Purplle also has private brands like Good Vibes in skincare, NYBae in makeup and Carmesi in feminine hygiene. In December 2021, it acquired cosmetics and skincare brand Faces Canada. Private brands contribute about 40-42 percent of annual revenue, and about 25 percent of GMV, Taneja says. About 80 percent of its revenue comes from outside the metros.

Over the past year, as revenue increased, so have losses. Purplle, as per data from Tofler, registered a loss of about ₹52 crore in FY21, up from ₹24.39 crore in FY20. Being structured as a marketplace, what they recognise as revenue is commissions, Taneja explains. “When our brand sells products, we make 25-30 percent commission off that. If you look at the overall topline we have generated, it will be 4x of the numbers you are seeing [refer to box ‘Report Card’]. And if you then compare the losses, they are quite minuscule,” according to him. “Our burn is negative six or five percent, which is nothing to worry about.”

Then there is also the employee stock ownership plan (ESOP) adjustment, Taneja says, adding that Purplle has been building a “high quality management team”. Through referrals, he explains, they have recruited about seven people from FMCG companies into leading businesses for Purplle, in capacities including heading finance, supply chain, leading private brands etc.

According to data from Tofler, the employee benefit expenses of Purplle increased from ₹18.99 crore in FY20 to ₹36.92 crore in FY21.

According to Taneja, the losses at Purplle have peaked in FY22 and will start reducing next year onward. “We have been primarily investing our capital in fixed assets and people.”

Apart from hiring talent, the company is scripting its growth story and differentiating itself by leveraging data and being positive at the unit economics level, says Taneja. He explains that Purplle’s proprietary beauty intelligence suite helps it meaningfully analyse millions of data points over the internet.

“Using artificial intelligence and machine learning, we have trained our computers to understand hundreds of thousands of keywords involving brands, ingredients, skin types, benefits, categories and special attributes,” he says. This helps it understand demand and supply-side gaps and launch relevant products.

One of the USPs of Purplle is the ability of the founders to use data smartly to understand which products are relevant, says Ashish Fafadia, partner, Blume Ventures. “They also have their eyes set on a much larger growth, which is evident in how unit economics is a core part of their decision-making, how they have added smarter people to guide specific functions, and how they have managed their capital in a principled and frugal manner.”

Anand of Verlinvest points out that Purplle has a monthly active user base of about seven million in a target group of some 400 million people that it is chasing. So it is important, he says, to build scale, awareness and relevance. “When that happens, you will automatically see more people using it and the numbers reflecting in app downloads,” he says. “Second, you will have people becoming repeat customers and saying good things about the brand through word-of-mouth and social media.”
Fafadia adds that increasing acceptance among customers will also come with offering a broader and more diverse range of products. 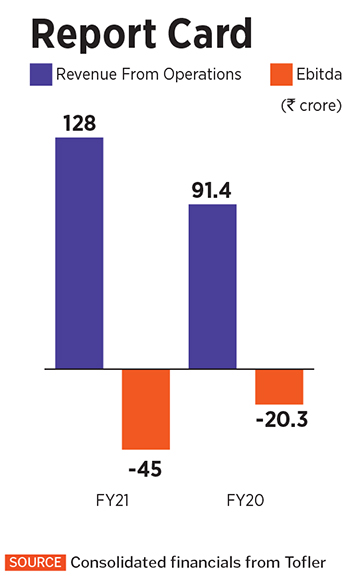 Bisen of Technopak says cracking the value market can be challenging due to high price sensitivity. “We are also confronting a high inflation environment and economic uncertainty, which plays out a lot more adversely in the segment that Purplle is catering to,” he says. “Therefore product-price relationships and products made available at the right cost become a big factor.” Purplle will also need a multi-channel approach to target the value-sensitive consumer, he adds.

Taneja says that 10 percent of their topline come from offline distribution channels and over the course of this year, Purplle will open at least 10 stores of its own, experimenting with different sizes and formats.

There are three focus areas on the path to profitability, he says. First is to build and uphold the brand through content and marketing, second is to acquire more customers and get repeat customers, and third is to grow 3-4x in size. The monthly active user base of Purplle is “growing by about 50-60 percent year-on-year”, Taneja says, adding that the cost of customer acquisition has remained constant between ₹200 and ₹250 per customer.

Purplle also has an eye on an initial public offering, once profitable. For the first eight years of its existence, the company was focussed on building a differentiated business model, and in the past three years, it has grown “about 25-30 times”, Taneja says.

According to him, unlike many Western countries, India does not leapfrog into disruption but evolves into it. “Things happen slowly, but the changes are sustainable,” he says. “It takes time, but patience is our biggest virtue.”