30 Under 30: Angellica Aribam has been fighting racism with elan 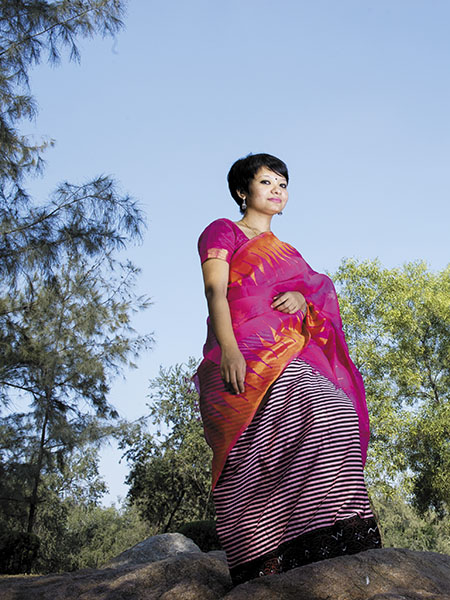 
It was in her formative years that Angellica Aribam was initiated into the reality of how unjust and oppressive society can be. Aribam hails from Manipur where she was witness to regular conflicts between armed guerrillas and the police. She was shifted to Delhi by her parents to complete her schooling. But little did she realise that “there was no light at the end of the tunnel” in Delhi too.

“I was racially discriminated against, more so because of my Mongoloid features,” recalls Aribam, 25. “I decided that the only mode of survival was to either ignore this or to fight back. As I grew up, I chose the latter.”

In the final year of her graduation—she was studying biochemistry, and politics was nowhere on the radar—when a young boy from Manipur was killed in Bengaluru. “I realised someone needs to stand up against this discrimination that often leads to violence against Northeasterners and the only way to do something was to join politics,” she says. She went on to become the first Northeasterner to be elected to the executive committee of Delhi University Students’ Union (DUSU) in 2012. “I decided to do something for the society instead of indulging in drawing room discussions alone,” she says.

Even though she signed up to study law after graduation, to familiarise herself with jurisprudence and the rule of law, politics soon became a calling and she got actively involved with the National Students’ Union of India, the students wing of the Indian National Congress. Within two months of joining, she was made general secretary in charge of the Northeast states, in December 2012, and through the years she has spoken at Congress conclaves and taken a stand on issues as varied as attacks on students from the Northeast and women’s safety to arguing in favour of internet freedom.

Her grit is evident from the fact that in just four years she has managed to come on to the national stage: She was promoted to national general secretary of the NSUI in March 2016.

“She has the promise to develop into an effective and capable political leader in the very near future,” says Congress MP Shashi Tharoor. “As a young lady from Manipur, making her way in politics entirely by dint of her own hard work, Angellica serves as an inspiration to young Indians, particularly from marginalised regions, to join public life, to serve and to make a difference.”

Tweets by @forbesindia
30 Under 30: How Dhaval Shah and Dharmil Sheth disrupted the drug store model
Forbes 30 Under 30