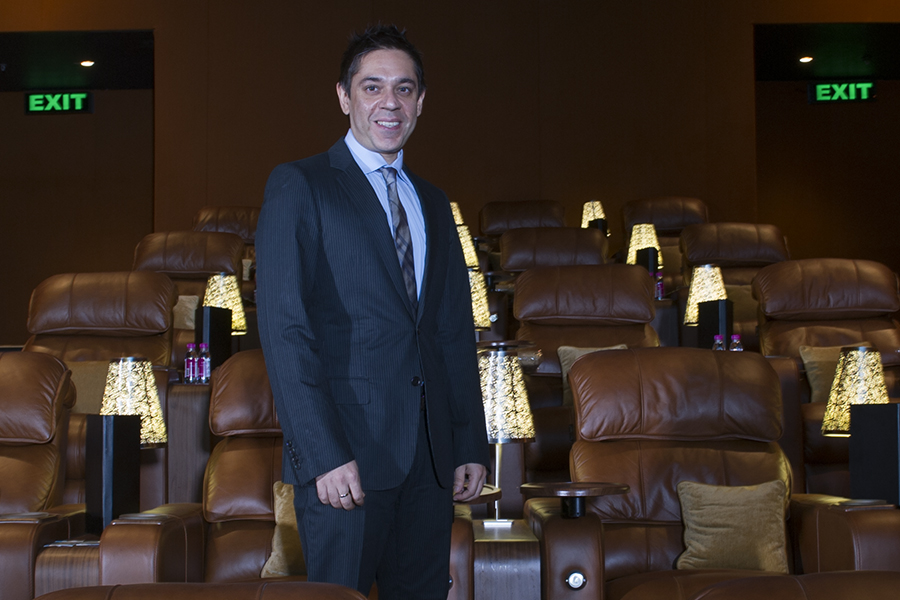 Sanjeev Kumar Bijli
Image: Amit Verma
Multiplex operator PVR plans to ramp up the number of screens to 1,000 by 2020 from the current number that stands at 600. We are looking to expand our operations significantly, Sanjeev Kumar Bijli, Joint Managing Director at PVR Ltd told Forbes India on the sidelines of an event in New Delhi, held to launch a customer loyalty program that offers customers redemption opportunities. “In today’s day and age, you have to keep inventing your business to stay ahead in the race,” Bijli added. Edited excerpts from the interviewPVR has been around for 20 years and since it first started operations, the industry has evolved significantly. How has the journey been so far? Would you like to share anything about your experience?
Well, it’s an ongoing journey and innovation has been a vital part of it. Today, we have 600 screens across the country and plan to ramp up the number significantly in the coming years. Looking back at the last few years, I realise our products have evolved quite a bit. Our first cinema hall Anupam is way different from say, PVR Director's Cut or even PVR Logix. When I reflect on it, I realise the movie going experience in itself has undergone a drastic change over the last 20 years and that is not in terms of interiors and the décor alone. Even technology has witnessed a makeover.
You mentioned ‘innovation’. What would you say are the key milestones for PVR?
Launching a superplex concept would definitely feature as one of our key milestones. While we started an 11-screen concept in Bangalore way back in 2001-2002 when it was rather novel, launching the Noida superplex last year was a landmark. The idea was to provide various formats under one roof. Our digital initiatives also reflect a lot on focus on innovation. We have come up with an online customer loyalty programme. It is simple for customers to register for it and redeem points and in turn get rewarded. I believe it will be a game changer in evincing customer interest. We did a soft launch a few months ago and we already have 26,000 members registered, most of who are based in tier 1 cities (New Delhi, Mumbai, Bengaluru and Pune).
Could you throw some light on your expansion plans? Do you have a 5-year target? What are your plans for tier II/ III cities?
We want to ramp up the number of screens and add another 400 by 2020. Currently, we have 600 screens pan India. In terms of investment figures, I would say, we will look at investing Rs 800 crore over next 3-4 years. While we are taking adequate steps to increase our luxury offerings with the launch of Director’s cut, we want to focus on the regular cinema halls and want to focus on the southern part of the country. As far as Director’s Cut is concerned, we are looking at launching the luxury format in destinations like Mumbai and Bengaluru.
GST is something everyone is talking about. It’s a well-known fact that you were rather disappointed. Could you share your thoughts on it?
Well, we were rather disappointed. The tax for us is 28 percent, which is the highest bracket. Clubbing us with luxury and sin was a bit of surprise. In cinemas, the average ticket size is typically Rs 200 and by virtue of that, it is still a common man’s  entertainment arena. It doesn’t fall under luxury in any way. It’s still a popular form of entertainment for the masses. LBT (Local Body Tax) is another danger. Tamil Nadu has announced unreasonable LBT. It’s so far a raw deal for us but with some representations that associations are taking, I hope things improve.

Tweets by @forbes_india
Stevens Institute of Technology: School of quant
Thoughts on travel