30 Under 30: How Priyesh Trivedi marries art with subversion 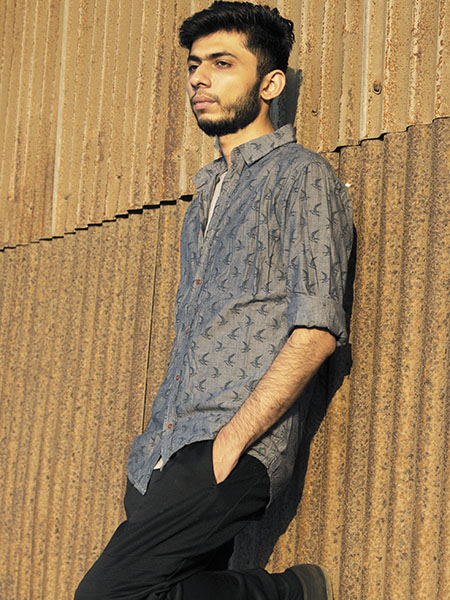 When, in October 2013, Priyesh Trivedi returned from his job at an animation studio, waiting for dinner at his Mumbai home, and turning over the idea of a sketch in his mind, he had no inkling that the sketch would morph into a project that would take over his life. Dinner done, he drew it out, and, “like all Millennials”, posted it on his Facebook wall. Within hours, he saw it spread, thus giving rise to the Adarsh Balak phenomenon, which takes school textbook style artwork and infuses it with subversive messages. “I have always loved propaganda artwork,” says Trivedi. “Especially Soviet propaganda.” Closer home, he was drawn to the artwork of the Adarsh Balak posters published by Delhi’s India Book Depot (Map House), on commission from the central government.

In May 2014, Trivedi started the Adarsh Balak Facebook page. “The first illustration showed some kids vandalising a wall. But not everyone got its symbolism,” he says. It was the next drawing—of a boy handing over a joint to his tired father—that truly went viral.

Speaking of Trivedi’s selection to the Gasworks Residency in London in 2016, Robert Leckie, the programme’s curator, says, “The residency funders—Dick Alford from Charles Wallace India Trust and Amita Malkani from the Inlaks Shivdasani Foundation—and I greatly appreciated the humour and irreverence in Priyesh’s work, especially how he subverts the established principles of classical education to comment on the shifting circumstances and attitudes of today.”

But there’s more to Trivedi than the project that screams “anti-establishment” louder than most protest campaigns. Graduating from Mumbai’s ToonSkool, Trivedi is a trained animator, and has worked on pre-production projects in multiple animation studios in Mumbai. If there is one other love that he harbours, it is gaming. “I am a big retro gamer,” he says. “Mario is an all-time favourite.” he says. “As a character designer, and as a game artist, I can see why that guy became a pop culture icon. It helped me create a character [Adarsh Balak] with a recall value. It is not just a character, but also a brand.”