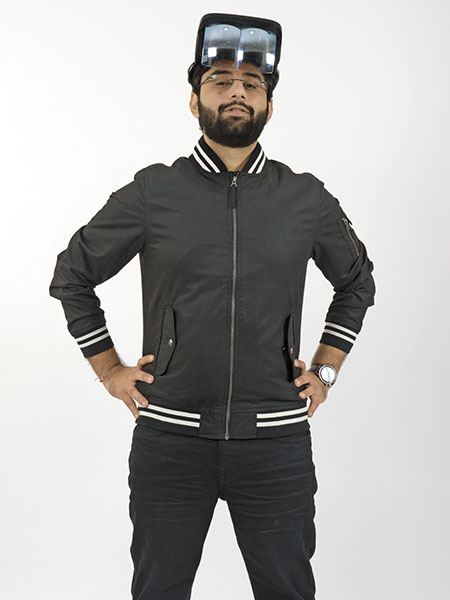 Kshitij Marwah | 29
Founder and tinkerer-in-chief, Tesseract Inc.; Research affiliate, MIT
It was at MIT Media Lab in 2011 that IITian Kshitij Marwah received his first formal education in inter-disciplinary learning. It was a space where artists, designers, architects and engineers came together to innovate and apply design thinking, and he realised disciplines cannot be isolated. “In the world of today, most of the innovations are happening at the intersection of art and design, of creativity and technology,” says Marwah.

In 2012, he started the MIT Media Lab India Initiative. It was a platform where aspiring innovators learnt how to use design thinking as a tool to solve problems, along with getting access to future technologies to build solutions that could compete with the best in the world. What started with barely 50 people, by 2016 was 20,000 innovators strong, people who had worked together to create something useful for their house, their community, their society.

At 19, Marwah won the Google Prodigy Award and also worked on a collaborative tool with a professor at Harvard Medical School for improving engagements between doctors to discuss their patient studies. In 2016, he founded Tesseract Inc. to create made-in-India products that are innovative and design-led.

Marwah and team (all fellows from the MIT Media Lab India Initiative) have developed cutting-edge technology in the form of Voxel, the world’s first holographic headset that works with smartphones, and Quark 360—the world’s smallest 360 Virtual Reality (VR) camera.

“Kshitij is extremely driven and technically savvy. He brings diverse people together to make great things happen on an international scale while keeping his feet on the ground on issues relevant to India,” says Marwah’s Professor Joseph A Paradiso from MIT Media Lab.

In March 2017, Marwah was listed in the MIT Technology Review as a Top 10 Innovator Under The Age of 35 (India).
Click here to view the full Forbes India 30 Under 30 list