The brand and creative strategist of Sideways Consulting is disrupting movie marketing and trailer formats for animation films like Incredibles 2, has conceptualised India's largest moon installation at the Nehru Planetarium, and also built digital offerings for fintech brands 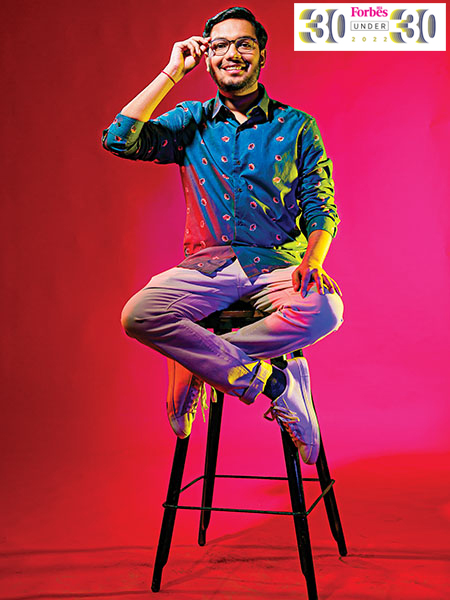 Back in 2017, Fevicol found itself in a fix in Punjab. A bunch of local adhesive players rolled out poor-quality products and aggressively wooed contractors and dealers by offering huge incentives and cashbacks. “We had to fix the problem,” explains Rahul Jain, brand and creative strategist at Sideways, the creative partner for Fevicol for this project.

Jain, then 24, along with his team at Sideways, conducted an in-depth study. First, he met homeowners who were in the middle of getting furniture made; second, he met contractors at their sites, and spent time at laminate retailers and hardware stores. “The problems were very different for different stakeholders,” he recounts. Homeowners were only interested in the aesthetics or budgetary aspects, and they presumed Fevicol is the de facto choice of the contractors. “So they never inquired,” he adds. Jain, through a series of quirky and humorous digital advertisements, showcased situations where homeowners would either need new furniture, or create settings that highlighted the pitfalls of using sub-standard adhesive. Then, Jain devised a multi-pronged strategy for the contractors. First, the local rivals were positioned as a ‘lottery-waali local glue’ to drive home the point that while contractors might get lucky by using the product, the chances of a good outcome were slim. A series of short films demonstrated how cutting costs could damage the reputation of contractors. A special deck of cards featuring the entire range of Fevicol products was created and distributed to contractors. “The gambit worked,” Jain says.

Celebrated adman Abhijit Avasthi explains what has worked for Jain. “Curiosity meets imagination… that is Rahul in three words,” says the co-founder of Sideways. What makes Rahul special, he reckons, is his versatility. “He is never straight-jacketed in his thinking, is a team player, and is mature far beyond his years,” Avasthi says.

From mentoring startups in the first cohort of Flipkart’s accelerator programme to disrupting movie marketing and trailer formats for animation films like Incredibles 2 to conceptualising India’s largest moon installation at the Nehru Planetarium in Mumbai and building digital offerings for fintech brands, Jain has done all. “I do not take myself seriously,” he smiles. “I am just having fun with whatever I am doing.”