Sameer Pitalwalla: Creator of a media company for the digital generation

Through his digital media company Culture Machine, entrepreneur Sameer Pitalwalla, 29, runs 240 YouTube channels with videos that have got 80 million hits and counting 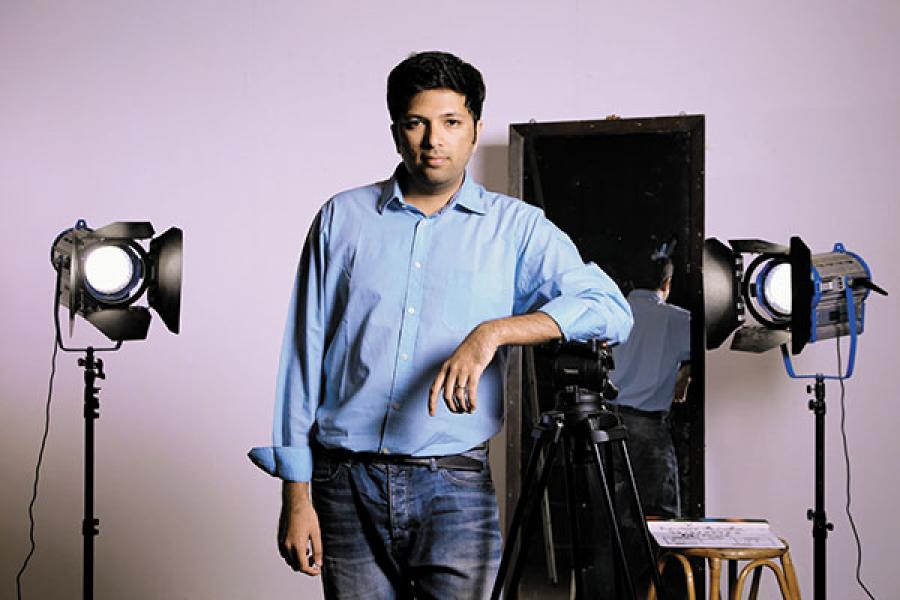 South Korean rap phenomenon Psy forced YouTube to reset its views counter after his music video ‘Gangnam Style’ breached the website’s viewing threshold of 2.1 billion views. The rise of the nondescript singer-songwriter to superstardom on the back of YouTube underscores the power of the internet when it comes to democratising content and spawning superstars. Every person has the chance to go viral; every brand has the potential to re-imagine its digital avatar. And that’s where 29-year-old Sameer Pitalwalla, CEO and co-founder of digital media startup Culture Machine, steps in.

A multi-channel network, Culture Machine uses its proprietary technology to analyse video viewing trends on social media and video-sharing platforms such as YouTube and Facebook. Armed with this data and a pulse on what’s trending in the constantly shifting internet landscape, Pitalwalla guides advertisers and content creators on what works best: The kind of content that has the potential to garner the maximum number of hits online.

By understanding viewership patterns, popular genres and trending topics, Culture Machine also helps create original content that has the potential to go viral. At any given time, the company’s proprietary technology is trawling through a billion online videos, indexing them and gathering details on viewer preferences. Pitalwalla calls it TAM (TV Audience Measurement) on steroids for the digital world. “We use our technology to understand audiences and to create and deliver programming at scale,” he says.

He quit his position as director, interactive division, The Walt Disney Company India, and teamed up with Venkat Prasad, 38, an engineer with a business management degree from UCLA Anderson, to launch Culture Machine in July 2013. (Prasad had worked with YouTube in the US for seven years). In a little more than a year since its launch, the company has acquired a robust client list, which includes Tata Motors, Fox Star Studios and online retailer Myntra. Apart from advising brands on how to strengthen their digital and social media footprint, Culture Machine also operates its own studios from where it produces original content.

Pitalwalla has an intuitive understanding of the digital realm and has been working with media companies such as Times Internet Ltd and Disney India since the age of 17. He did his post graduation in media management from the University of Westminster, London, in 2006, where he wrote a thesis on digital distribution and monetisation of content. Little did he realise that seven years later, he would be putting those theories into practice at his own company.

“Before starting my own company, I have built the digital video businesses of many brands from scratch,” Pitalwalla tells Forbes India. “During my stint at Times Internet, I learnt a lot about sales and advertising, and built out the technology to put up videos on YouTube. At Disney, the orientation was more towards content creation. Here, I learnt how to set up a digital studio and produce great content,” he adds. This experience gave him the knowledge and the confidence to start Culture Machine. “I realised that while working within a corporate setup, I had done all that a startup would do, but with the safety of assured investment capital, a good brand name and a regular salary.”

In 2011, Pitalwalla attended VidCon—the annual conference that sees the largest gathering of online video creators, viewers and industry representatives from all over the world—in the US. Here, he met Prasad. The two discovered a shared passion and vision to create a South Asian media brand. That marked the beginning of what would become Culture Machine. “As co-founder, Sameer’s skills complement mine. He understands technology and is good at media business, while I bring in the required edge in tech and finance. Sameer has the connect and the passion to take the company from zero to 50,” says Prasad.

So far, Culture Machine has signed up about 180 artistes—potential stars who have their own dedicated YouTube channels. Artistes are provided with real-time intelligence on what is working with the internet audience, and the content is adjusted accordingly. From actors and comedians to singers, stylists and even make-up artists, a gamut of professionals upload video tutorials on their channels. Some of them such as Aditi Iyer (singer), Shruti Anand (produces makeup tutorials) and Gaurav Dagaonkar (singer, songwriter, composer) have become internet celebrities. They’ve acquired enough fame to host live shows or bring out music albums.

Culture Machine currently runs 240 YouTube channels (includes self-owned and clients), and its videos clock 80 million views a month with about half-a-billion watch minutes. Big data technology has helped it scale up quickly. “We achieved our viewership targets for three years in the first six months itself, though we had to run really fast to reach this milestone,” says Pitalwalla.

One of the key drivers of this growth is the ‘Video Machine’, developed by Culture Machine’s data scientists. In a few seconds, the proprietary software can produce music videos of songs (popular hits, old classics, devotional songs, etc) in different formats—such as displaying images with music, or using typography—and releasing them simultaneously on social media and video hosting sites. Music companies specially commission these videos from Culture Machine.

Apart from earnings accrued from ads on YouTube, a significant revenue source for the company comes from its data intelligence on video consumption trends. Many brands align with Culture Machine to gain an edge in digital branding. Electrical equipment company Havells, for instance, worked with the startup to produce a video, ‘Respect for Women’, which featured all its kitchen appliances. Since it was uploaded in May 2014, the video has already crossed over two lakh views and is still creating a buzz among its target audience.

Companies are ready to pay Culture Machine for such digital brand positioning. “In today’s media market, content that has a better one-to-one match with its audience, scales faster, engages deeper (3x higher watch-time) and monetises better. Leading advertisers are willing to pay more for premium and sticky content.” says Gautam Patel, managing director of private equity firm Zodius Capital, which has invested $3.5 million in Culture Machine. (It is the startup’s sole investor, for now.) 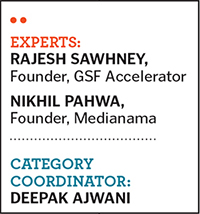 Expansion is on the cards. Pitalwalla sees social media and video sharing sites and even app stores as the new cable companies where a YouTube equals a TataSky, and a Facebook is akin to a global dish TV. “We are building the Star TV network equivalent of the digital generation. One that creates great programming at scale for South Asian audiences globally,” says Pitalwalla.