JK Rowling’s hard, bitter and angry book has a one-point agenda: To unspool the threads of the English societal fabric and expose its hollow core 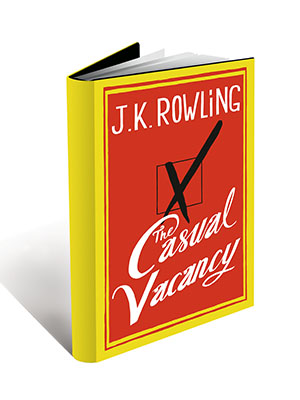 It’s tempting to read The Casual Vacancy as the anti-Potter. So large and so deep is the shadow cast by the monstrously successful children’s series created by JK Rowling, even the most fair-minded reader may find herself unconsciously looking for shades of Hogwarts in Winterdown Comprehensive or for Dumbledore in Barry Fairbrother. But when the magic resolutely refuses to take hold, the frantic mind looks to rationalise the world of The Casual Vacancy as the one that springboarded an 11-year-old misfit into an alternate universe. Which begs the question: If Pagford—home to Winterdown and the late lamented Fairbrother—hadn’t existed, would Hogwarts have been as real?

Hard, bitter, angry and singularly joyless, The Casual Vacancy has a one-point agenda: To unspool the threads of the English societal fabric and expose its hollow core. A favourite dramatic backdrop for writers as varied as George Eliot and David Mitchell, the small village has grown—but only in size—to a small town. Miles away from London, Pagford is engaged in a civic turf war over a community of social service-dependents that lives around its fringes. But Pagford itself is divided: One group believes the Fields (as the community is known) would have a better future with Pagford; others simply want to shrug off the responsibility to the nearest city.

As Agatha Christie, another indefatigable chronicler of the English countryside, had her protagonist Miss Marple say, in spirited defence to her nephew’s comparison of her village to a small pond, “Nothing is so full of life under the microscope as a drop of water from a stagnant pool.”

Rowling’s scrutiny of Pagford, however, reveals only excuses for life: On one hand, there’s the saintly Fairbrother—his death upsets the balance between the pro- and anti-Fielders and triggers the crisis that is the ostensible centre of the novel—and on the other are the scummy survivors of Pagford. Each of the adult characters surpasses the others in sheer awfulness; their homes and occupations attract only savage spite, and their petty shenanigans a sneering weariness. (The reader may be forgiven for thinking she can overhear Rita Skeeter cackling in a parallel reality.)

While characters can indisputably be shallow, what is unforgiveable is Rowling’s monotone characterisations, especially as the plot fades away three-fourths into the novel. The adolescents—always her strength—fare slightly better: In fact, the handful who are fortunate to have some kind of an arc through this 500-page book are all below legal drinking age, and only two are allowed a shot at redemption.

The Casual Vacancy is a book that can be read only with a kind of horrified fascination—Rowling can still spin a gripping narrative—as the question grows ever larger: Would there have been a second book for this author, had this been the first?