How to Check the Spread of Dengue via Mobiles 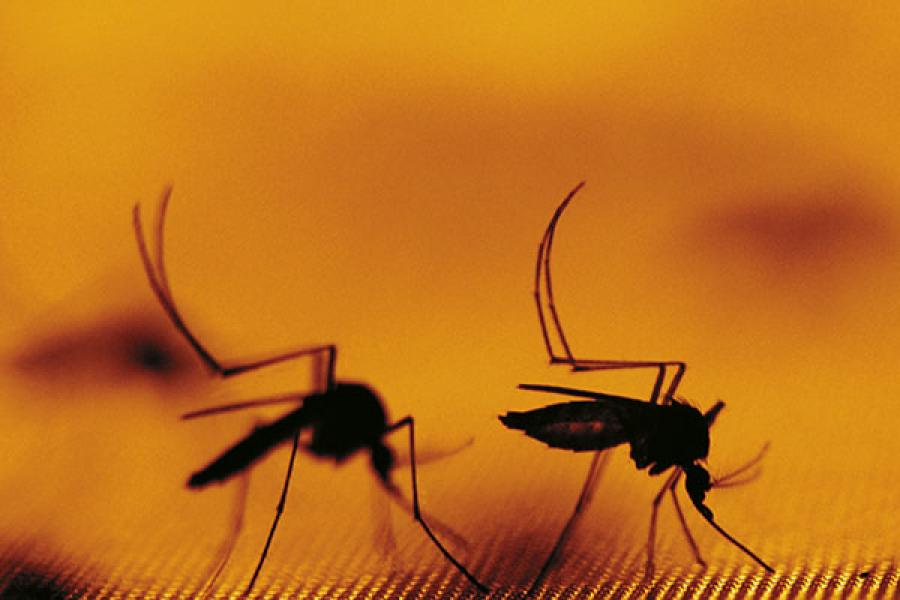 In India where, dengue is now rampant, can Call Data Record (CDR) and the malaria transmission model be applied to dengue?

If mosquitoes have become adventurous, crossing huge landmasses, and even oceans, to spread diseases, then people studying them have also become innovative.

Researchers are using call data record (CDR) from mobile phones to study how human movement affects the spread of mosquito-borne diseases. One such pioneering research work, reported in October, studied data from 15 million phones in Kenya to show how malaria spreads and how, therefore, control efforts should be re-focussed.

In Africa, malaria kills one child every minute. Researchers coupled good spatial data—prevalence of malaria in a 1 sq km grid—CDR, and malaria infection risk estimates to quantify the contribution of human mobility to the transmission of the disease.

“CDRs provide some of the most highly-resolved insights into human movements, so it was a logical approach in that regard,” says Caroline Buckee, lead author of the study, and professor of epidemiology at Harvard School of Public Health.

Published in Science, the study, which involved researchers from seven institutions, was able to pinpoint both the ‘source’ and ‘sink’ regions in Kenya. The biggest surprise in the research findings was that the peripheral region along Lake Victoria, and not capital city Nairobi, was the source of ‘imported’ infections (those carried by people from one place to another). It’s now clear that malaria control programmes could benefit more from focusing on ‘source’ areas.

Since the publication of this report, the question that is uppermost in many minds, especially in India where dengue—another mosquito-borne disease—is now rampant, is: Can CDR and the malaria transmission model be applied to dengue?

Mobile phones are revolutionising health care, with many programmes globally—some pilots projects are being tested in India—underway for monitoring and delivery of services.

Using CDR is indeed a good way to track infectious diseases because without an effective surveillance system it is difficult to identify how the infection is spreading, says BK Tyagi, director, Centre for Research in Medical Entomology, Madurai.

Currently battling a dengue outbreak in India, which he attributes to a delayed monsoon, Tyagi says treatment of all ‘notified diseases’, where people in remote locations are supposed to notify the authorities about infections, will benefit from the use of mobile phones.

Tyagi is planning to incorporate a ‘mobile module’ for dengue surveillance in India under an upcoming World Health Organization programme. It could prove particularly useful as the outbreak season for the disease is limited to September and October, the lull between the south-west and north-east monsoons.

Buckee says her team’s approach to studying malaria can certainly be applied to dengue. However, the underlying transmission model would be different because the two diseases have different vectors (carriers) and different epidemiology. “If we could get CDRs for India, it would be a fantastic study to do, particularly because the density of cell towers is generally high in cities, where dengue tends to cause the most problems. In contrast, malaria is usually a rural problem,” she says.

For the study on the transmission of malaria in Kenya, Buckee’s team mapped every call or text message from nearly 15 million phones to 11,920 cell towers in different settlements between June 2008 and June 2009. By doing this, they were able to follow the destination and duration of each trip that a cellphone user made from his primary place of residence.

Replicating the method in India could prove challenging as the penetration of mobile phones is less when compared to Kenya. Additionally, in India, the mobile phone market is far more fragmented, although there are more subscribers. “Generally, you get data from one operator only,” says Buckee. Still, there is scope to focus the study in an area with a particular research question. Say, how the movement of people into and out of Mumbai influences malaria or dengue transmission.

For malaria, there are several global programmes that have gathered good data. But the same does not exist for dengue, which is mostly a South-East Asian and Latin American scourge.

But Buckee says that even in the absence of “spatially resolved estimates of dengue infection risk”, it is possible to use theoretical models of transmission to see how it could be expected to spread if there is an outbreak.

This could lead to targeted use of resources and targeting the source of infections in a cost-effective way, rather than constantly dealing with infections that originate elsewhere.

The current scenario in India validates this: Cities in northern and eastern India are witnessing a rise in dengue infections, but, according to some centres of the Indian Council of Medical Research, dengue is more prevalent in south India.

One simply can’t underestimate the mobility of mosquitoes. Dengue is now being reported from the US and chikungunya from Europe. Mosquitoes eggs, which can survive for days without moisture, are carried by people to distant locations. This is the reason why WHO is advocating the use of CDR to back up surveillance systems.

More than 25 years ago, postcard dispatches from remote locations formed a key part of surveillance in India, says Tyagi. “It’s time we replaced them with mobile phones.”