Jim Morrison, Head of Jeep Brand - Europe, Middle East and Africa tells Forbes India how the SUV-maker plans to differentiate itself in India 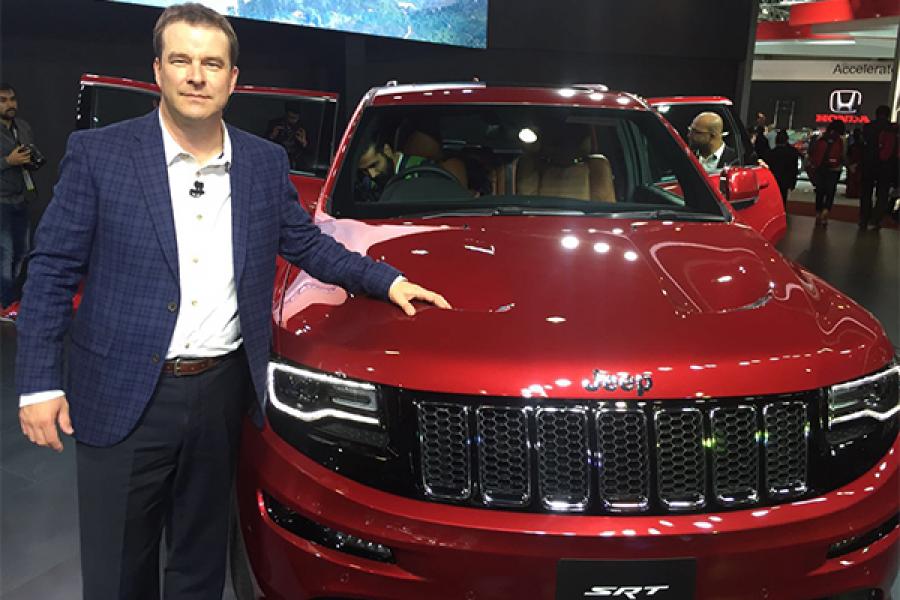 Q1. Jeep celebrated its 75th anniversary last month, yet it has stayed away from India all this why. What explains the late entry?
The timing is connected to two things. One is we have had our best year ever with Jeep. We sold 1.2 million units worldwide and the strength of the brand is now ready to continue the growth into the Indian market. Second is a connection through our efforts to start local manufacturing next year, which is important to us. So we enter India with two of our halo vehicles – the Wrangler and the Grand Cherokee – and establish the brand, and then ramp up our presence with locally manufactured cars. We didn’t want our entry into the country and commencement of local manufacturing to be too far apart.

Q2. Do the environmental concerns that have been flagged off with respect to big cars in India, especially those with diesel engines over 2,000 cc that have been banned in Delhi, bother you?
With our global portfolio of powertrains for Jeep, we will be able to quickly adapt to that ruling. So we are bringing in the 3.6 litre petrol engine to India as well. Around the world the balance between demand for petrol and diesel engines for the Grand Cherokee and the Wrangler is pretty well balanced. We will launch in India with the diesel variants and quickly follow up by introducing the petrol engines. Customers will have the choice between the two variants, if they are allowed to by local regulations, and in certain states if only petrol cars of a certain engine capacity are allowed, then we will offer petrol engines.

Q3. What are your plans with respect to sales and distribution in India initially?
We will begin with seven major centres and then expand our sales and service network as the second and third vehicles come online later in the next year. The Grand Cherokee and the Wrangler that will be introduced in the Indian market at present will be imported, and in 2017 we will produce a third model, which will be completely made in India. As we can avoid import duties that way, the new vehicle that will be made locally will be much more accessible from a price point.

Q4. Jeep has been used as a generic term in India to refer to SUVs of all kinds? Will you have to battle a perception challenge?
We are going to build on this fact. Everybody knows what an SUV is. We are just going to show them now what the original SUV is, by proving our four-wheel drive capabilities and thereby differentiate ourselves in India.