Forbes India speaks to Pawan Goenka, M&M's executive director and president of its automotive and farm sector, from the 'Auto Expo 2016' event in New Delhi 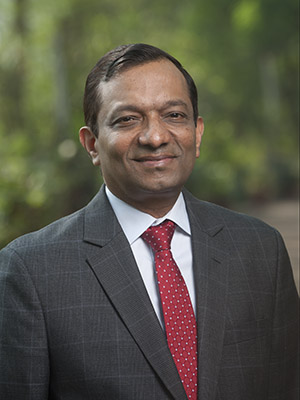 The government’s decision to move directly to BS-VI emission norms to be followed by carmakers in the country over the next four years, from BS-IV at present, is likely to make cars considerably dearer come 2020. For Mahindra and Mahindra (M&M), the homegrown car maker known for its SUVs, the cost of these meeting revised emission norms could be as much as Rs1,10,000 per vehicle, says Pawan Goenka, M&M’s executive director and president of its automotive and farm sector.

In an interview with Forbes India on the sidelines of the 13th Auto Expo being held in Delhi, Goenka said that this incremental cost will have to be passed on to the consumers and that could make the ex-showroom prices of cars shoot up.

Q: What is your outlook on the auto sector for 2016?
The industry has begun turning around in 2015. The car industry has grown about 8 percent year-to-date. The trucks segment has also grown very well, about 30 percent for this year. Small commercial vehicles have registered a decline and two-wheelers have been more or less flat.

My belief is that 2016 should be a better year than 2015. There is positive momentum in the country and the growth in auto sales that we have seen in 2015 was despite a weak monsoon, which meant rural demand was poor. So if we assume that there will be a reasonably decent monsoon this year, we are looking at around 10-11 percent demand for passenger vehicle sales. Growth in truck sales will taper off a bit, to around 20 percent, because the surge in demand in 2015 came due to pent-up demand where fleet owners were replacing their trucks after a long time. A lot of the demand going forward will be post-replacement demand. This will depend on how the proposed infrastructure development in the country materialises.

Q: What is your outlook on M&M’s auto sales volumes in 2016?
2015 was a year of launches for us. We had admitted a year ago that there were some gaps in our portfolio and the products that we launched in 2015 – nine of them across commercial and passenger vehicles – have helped fill those gaps. Many of the launches happened in the second half of the year. We should start seeing the benefits of these new launches in 2016. I would certainly like us to see growing faster than the industry and that is a realistic possibility.

Q: How will the government’s decision to move from BS-IV to BS-VI over the next four years impact carmakers like M&M?
It is a challenge for everyone. We have a large portfolio of products and will need to work on multiple projects to implement the new emission standards as each vehicle is unique. So our product development team will be quite busy. We have developed Euro-VI in Europe for XUV 500. We are working on some other products for Europe. Therefore we know the technology. The additional work that we have to do is to test those standards in Indian driving condition using domestic fuel. We have mentioned earlier that the timeline for implementation is very aggressive. But if that is the regulation then we have to adhere to it.

Q: What kind of price escalation could this lead to for customers?
According to our estimates, the cost of meeting the revised emission norms as per the current prices of components is around Rs90,000 per vehicle. Even if our marginal cost declines subsequently when we produce mass volumes, after adding excise duty and other taxes, this can go up to Rs1,10,000 per vehicle. On a vehicle that costs Rs6 lakh, that implies a 20 percent escalation. There will be other additional costs that will have to be incurred for meeting revised safety norms, which include mandatory airbags in all variants. This will also add to the vehicle price. We can’t absorb this price and will have to pass it on to buyers as we have responsibility towards our shareholders as well.  We may not make any margins on this new technology, but we cannot subsidise it.

In the past, our engineers have often found low-cost solutions to complex challenges and they may surprise us again. The only concern is while we have some time to figure out how to meet the new safety norms, there is hardly any to implement BS-VI and we will need to go with the tried and tested technology that we already know.

Tweets by @forbes_india
Auto Expo 2016: Two-wheelers that caught the attention
30 Under 30: The kids are all right