Wadia voted out from Tata Motors after keen competition

The Bombay Dyeing chairman cornered a large share of non-promoter votes in his favour. He raises larger issues with respect to role of independent directors in letter to Tata Chemicals investors 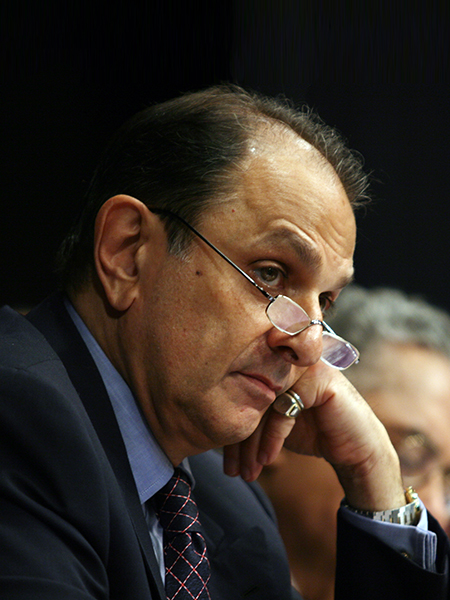 Nusli Wadia was voted out as an independent director of Tata Motors, the carmaking arm of the Tata group, which held its extraordinary general meeting (EGM) on December 22.

While Wadia’s ouster, at the behest of Tata Sons – the principal promoter shareholder of the conglomerate’s operating companies – was on expected lines, the voting pattern does throw up a few surprises, and indicates that he enjoyed considerable support with the non-promoter shareholders of the company.

Since Cyrus Mistry’s sacking as Tata Group chairman on October 24, Wadia has fallen out with Tata Sons and its interim chairman Ratan Tata for being one of the independent directors on the boards of operating companies who expressed support for Mistry. Apart from Tata Motors, Wadia was also evicted from the board of Tata Steel, which held its EGM on December 21. He is still a director on the board of Tata Chemicals, which is holding its EGM on Friday.

The salt-to-software conglomerate has alleged that Wadia was “acting in concert” with Mistry and trying to “orchestrate” support for him among the other independent directors of the operating companies, of which Mistry remained chairman, till he resigned on December 19, even after being ousted from Tata Sons. This had led to a two-way power struggle at Bombay House, headquarters of the Tata group in Mumbai – between the Mistry and Tata camps. Wadia has hit back with a Rs3,000 crore-defamation suit against Tata Sons and Ratan Tata, alleging that the charges leveled against him were untrue, baseless and malicious. He has also contended that he was simply trying to discharge his fiduciary duties as an independent director.

The voting pattern that emerged at Tata Motors, with reference to the resolution moved by Tata Sons to remove Wadia as director was interesting. The total number of votes polled on the outstanding shares of the company stood at 70 percent. While the promoter shareholders, led by Tata Sons, voted in full strength and voted for the resolution, a significant portion of the non-promoter shareholders chose not to cast their vote. Many institutional shareholders do not vote on such matters since it is not their mandate to interfere in the operations of a company; but the possibility of some shareholders supporting Wadia, but not wanting to ostensibly go against Tata can’t be ruled out.

Had the Companies Act required the removal of an independent director to be effected through the passing of a special resolution, Tata Sons’ resolution to remove Wadia would have been defeated. A special resolution requires at least 75 percent of the votes to be polled in favour of it.

Overall, the proposal to remove Wadia from Tata Motors got 71.20 percent votes in its favour, and 28.80 percent against. However, regulations require a proposal to remove a director, independent or otherwise, to be brought in through an ordinary resolution only, which needs a simple majority (50 percent plus one vote) to go through.

Ahead of Friday’s Tata Chemicals EGM, Mistry wrote a letter to the shareholders of the company, like he did in the case of Tata Steel and Tata Motors. Wadia has chosen to not attend the meetings.

In the letter, Wadia highlighted his differences with Tata Chemicals’ management under the chairmanship of Tata, before Mistry took over in 2012. He mentioned that he was against the company’s decision to invest Rs800 crore in the Brunner Mond Group’s assets in UK, Kenya and Netherlands. Wadia said that he and some other board members had expressed concerns on the fundamental issues involved in the overall arrangement, the risk involved, and the assumptions and projections made for profitability and doubted the rate of return as envisaged in the proposal. However the decision was ultimately taken by consensus, Wadia added.

The 72-year-old chairman of Bombay Dyeing also stated that he had expressed his reservations against committing additional resources to the company’s international operations that were underperforming and incurring losses. “This has now led to an impairment on this acquisition (Brunner Mond’s assets) of approximately Rs1,600 crore.

“During the last ten years mainly due to various acquisitions, the consolidated debt of your company went up from Rs1,827 crore to Rs8,695 crore…The total impairment of all the various investments made is approximately Rs2,000 crore,” Wadia stated.

Wadia also raised the larger issue of the sanctity of independent directors on the boards of Indian companies, in connection with his proposed removal by the promoters of Tata Chemicals. Wadia said that if independent directors could be removed at the behest of the promoters “it will no longer protect them from addressing issues as fiduciaries accountable to all stakeholders, most important of all, the shareholders. They will be left with the option either toe the line, resign or face removal as I do.”