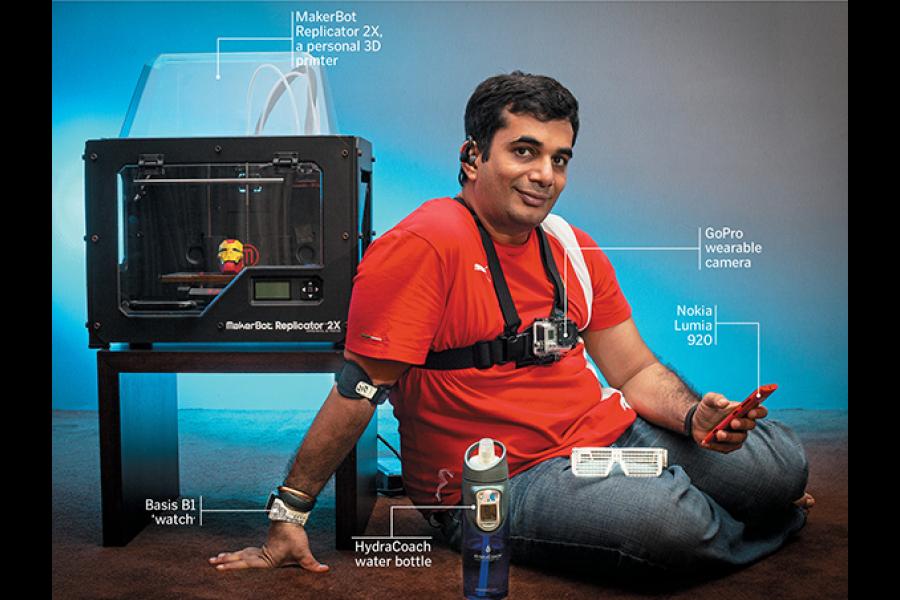 The key difference in the technology gadget space today, compared to the previous decade, is that these devices are far more personal. Gadgets like the TV, refrigerator or music system were shared with other family members. Today, people buy for themselves.

Our gadgets are an extension of our personalities—whether they are Apple, Nokia or Android. Because these choices are more personal, we tend to have strong likes and dislikes.

For instance, when I see someone with a BlackBerry, I label him or her a ‘dinosaur’ because you cannot be into technology and be using a BlackBerry! I get almost every new phone in the market except the iPhone, which I consider ‘old wine in a new bottle’. (Disclosure: I do use the iPad though.)

I am into fitness so I have a bunch of wearable gadgets like the Basis B1, Nike Fuel band and FitBit Flex. Then there is the LUMOback belt, a belt worn around the waist which keeps a check on and even corrects my posture. My HydraCoach water bottle measures how much water I drink each day compared to my target of 3 litres. I also use the GoPro wearable camera. I wore it during the last Mumbai Marathon, and the quality and perspective was so good, even the organisers took my footage. A lot of my devices are also red in colour.

Wearable devices will invert our current health care model of going to a doctor for diagnosis and treatment. Sensors connected to you will constantly measure and inform you of your health. Together with personal DNA profiling (I got mine done from 23andMe), I now know what illnesses I am prone to.

My Basis B1 ‘watch’, for instance, measures parameters like heart rate, skin temperature and perspiration all the time. I recently loaned it to a friend who realised his heart rate was shooting up whenever he was driving.

One of my other favourite gadgets is the MakerBot Replicator 2X, a personal 3D printer. I am fascinated with 3D printing and how it might change the whole concept of manufacturing which, today, is centralised around assembly lines. But just like Twitter and Facebook have in many ways decentralised the power of news production, I believe 3D printing will decentralise manufacturing. Instead of producing, shipping and stocking goods, in the near future you will be able to just download the files for a table or chair and walk to a place that can ‘print’ them for you.

Since I got the Replicator in May this year, my kids have been printing their favourite superheroes like Iron Man on it. It reminds me of how, as a kid, I would get excited about printers. What personal printers did to printing and publishing, I believe 3D printers will do to manufacturing.

In addition, I’ve also ordered the MakerBot Digitizer, a 3D scanner using which I can ‘scan’ three-dimensional objects and then send them to my Replicator to print. The Digitizer is the Xerox machine equivalent for real world objects.

We have long since ‘cut the cable’ and ditched our TV. Instead, we have a Roku Box and Apple TV. Even our kids have gotten out of the habit of ‘linear video’.

Finally, I’ve given up my DSLR cameras and use the Nokia Lumia 920 which has a great camera—an essential when you are travelling. 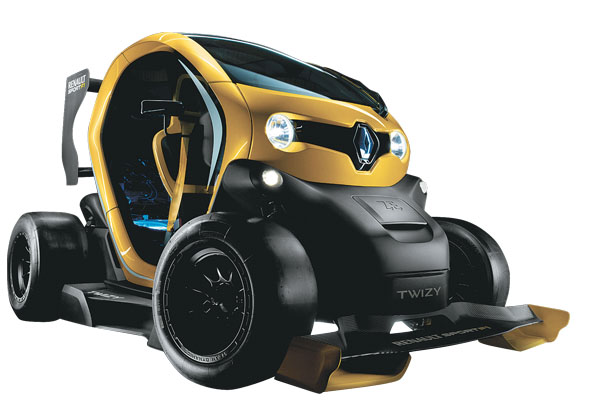 Renault Twizy F1
A 17hp electric buggy with all the racing prowess of a milk float isn’t the obvious choice for an F1 tie-in. But with the Renault Twizy F1, the entire kinetic energy recovery system has been lifted from Kimi Raikkonen’s Renault powered F1 racer—battery, 80 hp electric motor, the lot. The result is a six-fold increase in power. The look? “Distinctive” Renault.
Price: To be announced 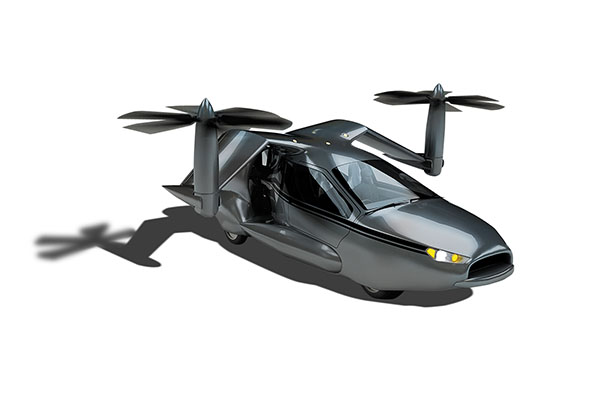 TF-X
This half-plane/half-car, when/if built, will fly four passengers on twin, chopper style rotors and an electric hybrid engine; it is supposed to steer like a car, and be safer too. All you need is a footballer-sized bank account.
Price: Not available 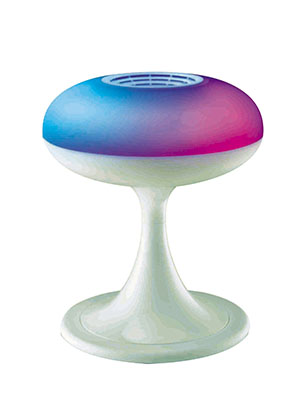 UVenus
Winner of the Red Dot Design award, this ambient air purifier protects you from air, light and noise pollution. It combines mood lighting with music for de-stressing. Each of its seven light options has its own healing properties that can help relax, balance or energise.
Price: Rs 35,000 onward


About the Author
Vishal Gondal, 37, founded digital gaming company Indiagames in Mumbai in 1999 when he was just 23 years old. The company would go on to become India’s largest mobile and online games company. Though he sold the majority of his share in the company in 2005 (it changed hands several times, before UTV sold it to Disney in 2011), he stayed on as CEO.

Gondal is an avid technology and gadget user. If you run into him at an airport, a café or even in traffic, you’re likely to find a minimum of five or six gadgets with him. He is arguably the go-to man to get a sense of what is cutting-edge when it comes to personal technology.

Tweets by @forbes_india
Once China Catches Up-What Then?
For Vikas Oberoi, Understatement is the Hallmark of Luxury