Robots at your service 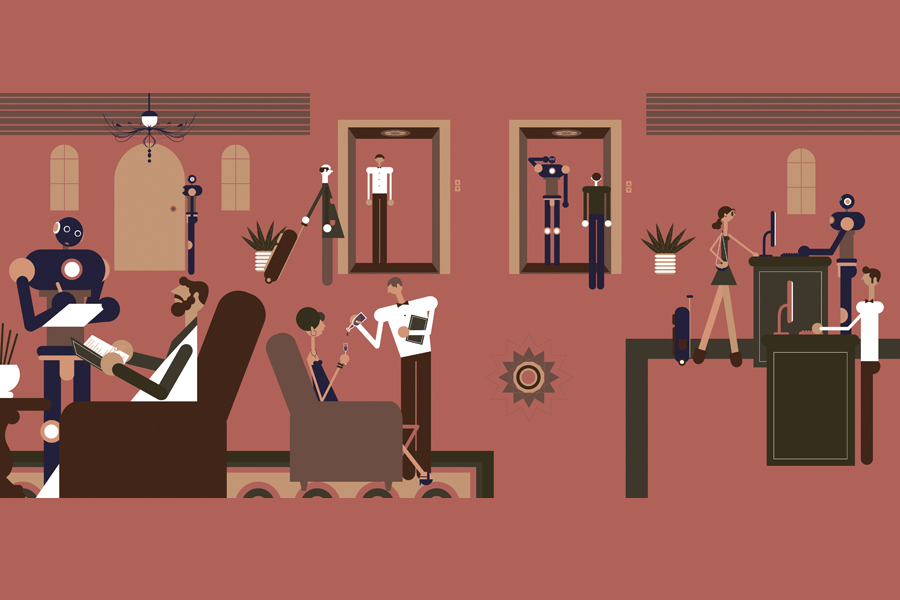 Remember richie rich and his super-helper robot Irona, mopping up tasks in record time? Luxury hotels are now increasingly tapping into the world of robotics to realise this futuristic millionaire fantasy, and raise the bar for their well-heeled clientele.

Until now, hotels have depended largely on human labour. However, several robotics companies are now testing waters in the hospitality space—the latest of which is Alibaba Group’s AI Labs.

The Labs’ service robot—from delivering meals to taking laundry to rooms—demonstrates what guests can expect in the future, said Alibaba in a September press release. Guests can communicate with the robot via voice commands, touch and hand gestures, and its responses are driven by the same software, AliGenie, which runs Alibaba AI Labs’ smart speaker, Tmall Genie.

“We are excited by this tremendous development that is helping us bridge the gap between guest needs and the response time that they expect. Alibaba AI Labs’ robot is the next step in the evolution towards smart hotels. In addition, it is solving pain points in the hotel sector, such as enhancing service efficiency, with our leading artificial intelligence technologies,” said Lijuan Chen, general manager of Alibaba AI Labs, in the release.

The robot is less than a metre tall, and can move at the speed of one metre per second. It is made with aluminum casing and multiple sensors, and comes equipped with a semantic map, autonomous navigation systems to identify obstacles, communication systems to control elevators and facial recognition technology. 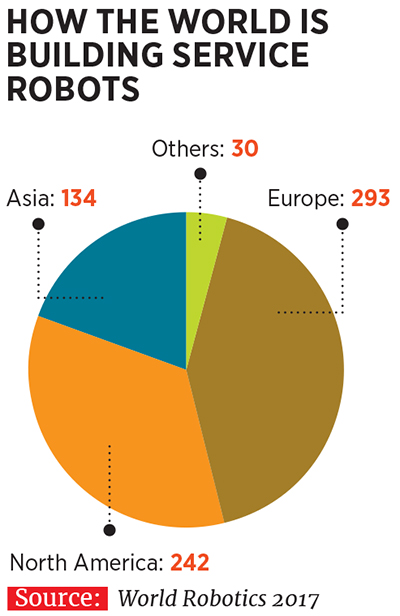 “The robot will be the ultimate assistant for hotel guests who want everything quickly and conveniently at their fingertips,” Chen said. After a trial at a hotel, Alibaba AI Labs will assess its suitability for other areas, including hospitals, restaurants and office services.
While Alibaba is the latest to join the fray, some hotels in the US have already been using machined staff. Aloft Cupertino in Silicon Valley was the first, in 2014, to use a robot called Relay, according to New York Times.

The robot’s maker Savioke has just closed a $17 million series B funding round, according to a September post on the San Jose venture’s website.

The funding “expands the use of Relay, the standard in autonomous service robots, to health care in addition to hospitality,” wrote Steve Cousins, founder and CEO of Savioke, in the post. In what is perhaps a first in Asia, two Relay robots were introduced in two Shangri-La chain hotels in Singapore last year.

Since 2014, Relay robots have made more than 300,000 deliveries at hotels, hospitals and logistics facilities, Savioke said in another blog post this June. The robot has a 2 cubic-foot bin, which users can unlock by tapping a code on a touch-pad; it can move at a maximum speed of 1.7 miles an hour (or 2.72 km per hour), and can be programmed, for instance, to do a swivel dance and make chirpy sounds when a delivery is complete.

Savioke faces healthy competition. Two other players are Pittsburgh-based Aetheon, which has supplied service robots named Tug to hotels and hospitals, and SoftBank Robotics, part of Japanese telecom and internet company SoftBank Group Corp. SoftBank, which has raised about $100 billion for a Vision Fund being invested in emerging technologies, is also an investor in Alibaba, and in startups in India. 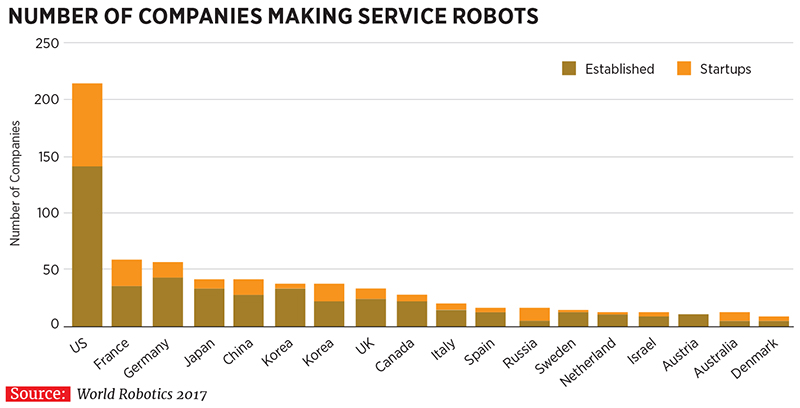 Double Robotics, based in Burlingame, California, has made a telepresence robot called Double, which is like a large iPad stand on wheels. It helps users attend meetings via telepresence. Double has also found applications in hotels and hospitals.

Founders David Cann and Marc DeVidts won backing from the prestigious Y Combinator startup accelerator in 2012, and began shipping its first robots in May 2013. Users can connect to Double with their smartphones or laptops, and control its movement. During a teleconference, they can see other attendees using an on-board wide-angle camera lens.

Sales in service robots for professional use increased 12 percent by the end of 2017 from the previous year, touching a record $5.2 billion, as per estimates by lobby group International Federation of Robotics. IFR projects a long-term positive forecast too, with an expected average growth rate of 20 to 25 percent between 2018 and 2020. That indicates a cumulative volume of about $27 billion for the professional service segment.

Tweets by @forbesindia
Bangalore Watch Company: A full time job
Another change? How to let go of the old