In an atmosphere of uncertainty and being locked down, luxury collectibles provide an option to invest as well as indulge in things that bring joy 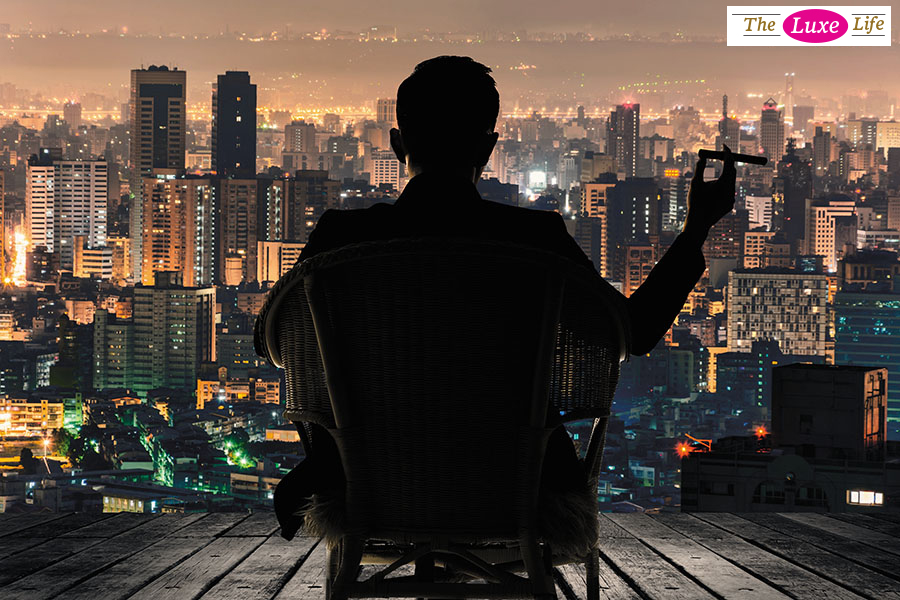 
Early last month, a British resident sold Macallan whisky bottles gifted to him by his father over 28 birthdays, and with the money put down a deposit for a house. Closer home, a couple of years ago, a collector of rare whiskies sold six bottles from his collection, the proceeds of which paid for his son’s wedding expenses. And at a Sotheby’s auction in March this year, a bottle of Karuizawa 52 Year Old Cask #5627 Zodiac Rat 1960—bought in 2013 for £12000—went for £363,000, a whopping annual return of 418 percent.

You win some, you lose some. Dillon Bhatt, head of international business development at investment consulting firm Millwood Kane International, started collecting watches as a hobby and then realised it was a great tool for long-term investment. He recollects a Patek Philippe he was looking to buy in 2017, a special, limited-edition anniversary model that was first released in September 2016. “In January it was around 120,000 euros and I was negotiating around 140,000 in April 2017. So within the first three to four months, there was an appreciation of 20,000 euros. I didn’t buy that watch, and now, in 2020, it is valued at over 300,000 euros.”

Passion investments typically involve the owning of assets like classic cars, handbags, watches, art and whisky. Their prices move independently of other asset classes, and the Knight Frank Luxury Investment Index provides an indication of the most coveted objects of desire each year, as well as tracks the performance of a theoretical basket of selected collectable asset classes using existing third-party indices. But the buying and selling does gain traction during an economic downturn—people sometimes have to liquidate their possessions to raise capital, which then throws up opportunities for others to pick up pieces that otherwise might not have become available, or at better prices. 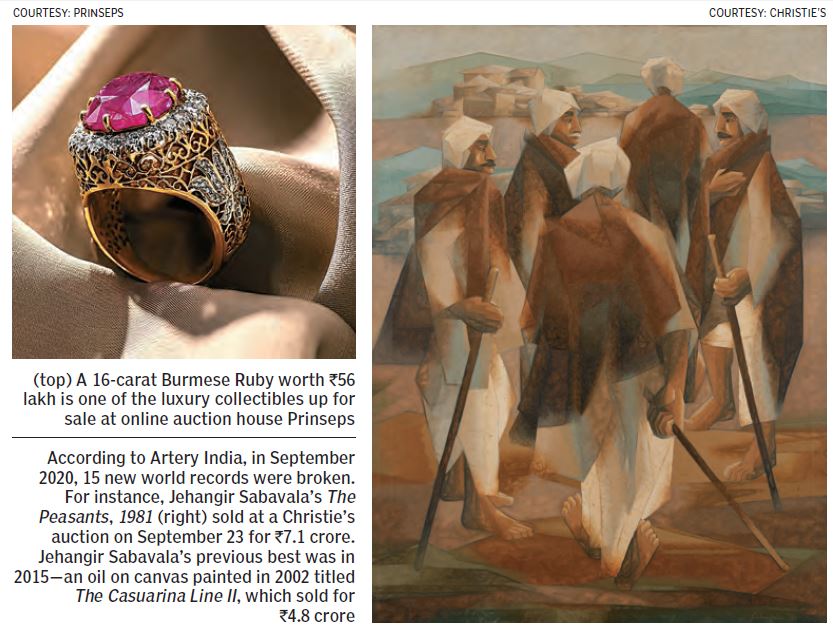 Take the art market, for instance, which industry experts point out has seen newer heights in pricing amid a raging pandemic’s shadow on the economy. “When economies are weak, you see a number of auctions enter the market. Where India is concerned, we have only two references, one in 2009 and one now, but in the Western market we have seen this happen on several occasions,” says Arvind Vijaymohan, chief executive of Artery India, an art market intelligence and asset advisory firm, that manages the art investment holdings of a select set of high net-worth Indian families. The Indian art market, he says, is following a relatively predictable route, aligned to that of the comparatively more evolved global economies where this asset class has a wider range of patronage from the investor and connoisseur circles. “Particularly in the past four months, there has been a high level of trade in the auction market.”

Founder-director of online auction house Prinseps, Indrajit Chatterjee, concurs. “As a collector, if you see a new art work that has come up that you have been waiting for 10 to 15 years, at that point you’re not calculating the value. You just want it. And, that is very obvious in the current art market where new records of artists have been made.”

“Though the turnover was higher, it was derived from a comparatively greater number of works, with nearly over additional 100 artists, that were in trade on account of an open, and fully active market,” says Vijaymohan. “The fact that the number of records broken in 2020 exceeded that of the previous year, and the turnover has retained its strength—all while the economy is in a slump is an indication of the confidence it now commands with an informed section of patrons and investors.” 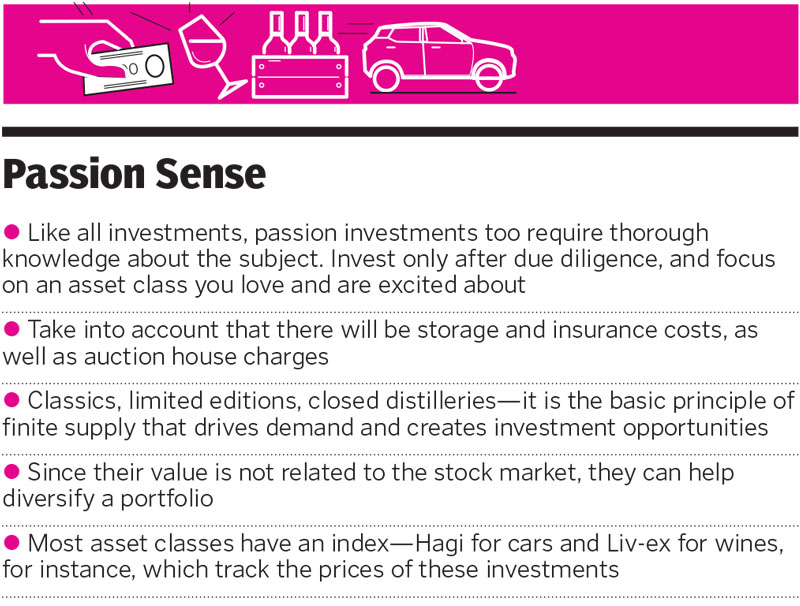 Being locked down and dealing with the uncertainty that Covid-19 has brought in people’s lives might have a part to play. “People are looking for an avenue to escape. So any chance to get outside the confines of your home, something that gives you a little bit of joy, you’re just jumping to grab it,” says Chatterjee.

Even in this market, he sold a sculpture at double the price it was bought at in 2016, “so that’s a 25 percent increase a year”. In the upcoming season, Prinseps will feature sales from the estates of artist and costume designer Bhanu Athaiya and artist Atul Bose at an auction in November. Besides, in an atmosphere where brick-and-mortar is a difficult proposition, Princeps, set up in 2017, recently launched an online gallery offering a curated selection of luxury collectibles and items including a 16-carat antique cushion cut Burmese Ruby priced at ₹56 lakh.

While some are willing to pay more to buy a particular coveted piece, others are decluttering and letting go of things they no longer want. “Serious collectors could be more likely to overextend themselves to gain access to an important asset—even more so in these times, on account of the much-needed feel-good rush associated with owning something that has their heart. Capital, for connoisseurs, isn’t in short supply, though the requisite checks and balances before an acquisition have gotten somewhat sidelined in the current circumstances,” adds Vijaymohan.

Startup Confidential Couture, which connects buyers and sellers of pre-owned high-end luxury goods, too saw queries and conversions go up during the lockdown months. “The notions of sustainability and declutter really helped us. In this time when people have so much time at home, they ended up refreshing their wardrobes, saying, ‘Listen, we don’t want this. We don’t need this’. So it was a good pause to see what things actually mean to them and what they are really holding on to,” says Anvita Mehra, co-founder of Confidential Couture, where she says people are aware of the investment values of their goods. “Even when we get sellers for Hermes’s Birkins, they know their price. They dictate the price on them because they know they are investment pieces and that their retail is only going to increase year-on-year.”

Mehra attributes the traction they saw to people having more time on hand as well as an economy where things are tight. “During the lockdown, we listed about 150 items over a span of a month-and-a-half, from April to May, even when we were not fully operational.” On an average, the website gets about 90 to 100 products a month.

When it comes to wine as an investment, the global uncorking of bottles in the belief that you only live once could drive up the prices of rare wines that will only become rarer, points out Master of Wine Sonal Holland. Awareness about wine as an investment is catching on in India and Holland has had requests from eminent networking organisations and corporates to also explain the nuances of investing in wine in upcoming seminars.

Provenance plays an important part in the value of wine, including where the wine has been stored and how much it has travelled, and both wine and whisky investments are better off stored overseas under insurance and in lockers.

“I sell half of it, I drink half of it, if I’ve made enough money in selling half of it [when it appreciates], then it pays for what I am drinking, and offsets the cost,” says Holland. “That’s the idea behind passion investments, drinking for free basically. That’s what a lot of collectors like to do.”

“Rare whisky collectors usually buy three bottles of a release, one to drink, one to store for appreciation of value and one to display,” adds Krishna Nukala, a Hyderabad-based whisky consultant and the only Indian member of the Malt Maniacs, a highly regarded international whisky collective. Nukala, who got interested in whisky on a trip to the UK in 1998, also warns about fake bottles. He recollects an incident a couple of years ago when a Chinese millionaire ordered an 1878 Macallan Single Malt in a hotel in Switzerland, paying what was at that time the highest ever sum paid for a single pour of that whisky, and put up a post on social media. “There are some FBIs (or Fake Bottle Investigators) who opined it to be a fake bottle,” he says. When it was sent for analysis back home in Scotland, it was proved to be a fake, he adds.

As with every investment, whether it is equity or real estate, the risks remain, so due diligence and a knowledgeable pursuit of passion is a must. But as against equity, the returns are obviously two-fold—you get to enjoy your investment while you own it and then the monetary returns.

“Stocks or insurance are not tangible products. You can’t have that affection or connection to bonds, for example, whereas with a watch, it’s something you can touch, you can feel, you can wear it on your wrist. For me, watches have always been a passion first. And then I looked at them as an investment later on,” says Bhatt.

Real estate too can give additional value, he adds, besides capital appreciation and rental yield, as in cases like Cyprus, where you tie in lifestyle as well as the opportunity to get a permanent residency or citizenship through the investment programme. “A lot of HNIs are looking at Cyprus and we have seen that especially during this pandemic… people are looking at it as a safe option to reside in or invest as the government has been successful in its handling of the pandemic with limited lockdowns and disruption to business and normal life,” Bhatt says, adding that they have seen a 400 percent increase in inquiries since the Covid-19 outbreak.

Holland invested in the 2009 and 2010 Bordeaux vintages, “which were unequivocally announced as the two vintages of the century, an investment that couldn’t go wrong.” It was the peak of the market and a big crash in 2011 brought down the value of these wines by more than half. “The years 2009 and 2010 remain an astonishingly great vintage. But in terms of getting back to the value at which I invested, I don’t believe I have still touched that high,” says 47-year-old Holland who plans to wait and hold on to them for a few more years. If they still don’t recover, she says, she will simply uncork them on her 50th birthday and host a party.

That’s one party invite that could easily go on the coveted list.

(This story appears in the 23 October, 2020 issue of Forbes India. To visit our Archives, click here.)

Tweets by @forbesindia
Photo of the Day: In Kolkata, festive shopping in full swing
A Social Warrior safeguards lives of underprivileged communities with health & term insurance