There are several factors that make a high performance team. If you change any one of them, it requires a shift in team dynamics to maintain performance levels 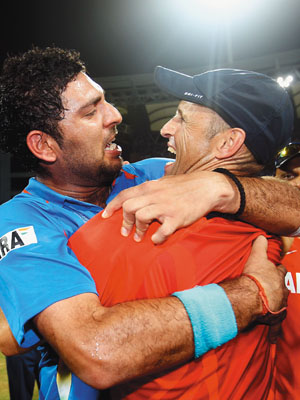 Image: Matthew Lewis/Getty Images
YUVRAJ SINGH AND GARRY KIRSTEN A new coach may take a season to find the balance

Why do high performing teams ‘suddenly’ perform poorly? What model can we reference to find the answers of what to do about it? The answer is that they hardly ever ‘suddenly’ change, unless there has been a change of leadership, people, systems or goals; and even then ‘sudden’ poor performance normally takes a period of time to gradually become significant enough to be noticed, unless there are some significant contributing factors.

High performance teams are always different. They have a different mix of leadership styles, people, systems (internal and external), longevity and goals. If you change any one of those elements, what the team requires to operate optimally changes. This means even when a quality leader replaces the old leader, the team dynamics need to be shifted to find the team’s new optimal balance. Without purposeful intervention this process often takes some time; this can take up to a season in sport where a new coach replaces a successful coach.

High performance teams require a shared purpose to operate optimally. When I joined the Sharks Rugby team in 2008 for the Super 14 competition I spent a lot of time challenging the team not on what they wanted to achieve (to win the competition — of course) but why they wanted to win. Why would this year be any different from the 12 years earlier when they had wanted to win a trophy and had the skills and team to win the trophy, but didn’t? Eventually, after a lot of challenging, one of the players spoke up, “This team wanted to be the Sharks team of the 2000s like the iconic Sharks team of the 1990s. They wanted to leave a legacy.” Immediately, as it was said, it was clear that this meaning had squad buy-in, and so the team continued to work incredibly hard, but now had that little bit extra — which made all the difference. Later that year, the Sharks won their first trophy after a long time, two years later they won their second. In Neuro-Semantics (the methodology we use to model excellence), we know that when you combine meaning with performance you get high performance.

One of the reasons why high performance teams sometimes falter is that when a project is concluded or an important milestone achieved, the team doesn’t have the opportunity to celebrate, reflect upon and process all the energy that went into achieving that outcome. Sustained high performance without an emotional, mental and physical break is a myth. Teams are either running a marathon or a sprint, they can’t do both indefinitely. When there isn’t a celebration process, or the celebration process is rushed or incomplete, the team is literally too drained to commit fully to the next milestones or deliverables, and increasingly over time run the risk of burnout.

There is a perception that if you leave team dynamics alone, it will sort itself out. This is a dangerous idea.  The challenge is that management books that tell you how team dynamics should be, might not relate precisely to your situation or the context of your team. High performance teams are normally always unique in some way. Managers and leaders often aren’t taught that the answer to optimum team dynamics lies within the team; they just need to ask the right questions. Another important factor is that when team goals change, team systems alter, staff or leadership change, or even if the team has been together for a while, a new formula for optimum team dynamics will be needed for the team to sustain high performance. 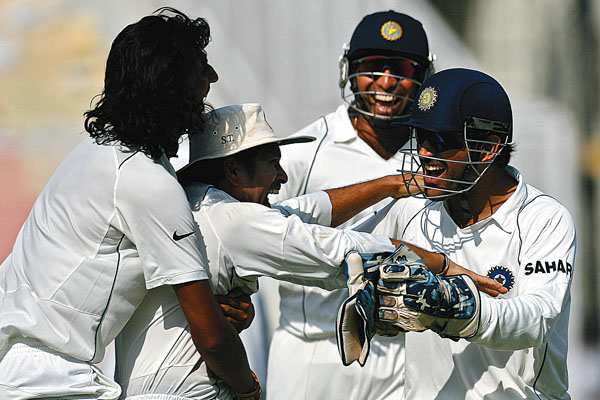 Image: Adnan Abidi/ Reuters
Good Times A team needs time to celebrate and reflect after a victory
So, if that is true, how can we use that information to our advantage? The answer to that question is a product we have developed called the iTeam. What the iTeam does is to ask your team members and team leader, individually and privately, to give feedback against a sliding scale of 12 high performance paradoxes. For example, the paradox of high performance standards vs the freedom to make mistakes, each extreme is not useful — too much high performance standards and there is no creativity and no risks, too much freedom to makes mistakes and quality suffers. However, for this team and for this time, there will be an optimum positioning on that continuum between the two paradoxes. For example, the team shares on average that they are struggling to be creative as they are too scared of being wrong, and on average they want a bit more leeway to experiment.

Each member individually gives feedback on a sliding scale between the two extremes where he/she thinks the team is and why and where he/she thinks the team should be and why. This information is collated anonymously in both graphical form and a report so that a team coach or team leader can have that conversation of a) Is this is what is going on with the team, b) Should we shift to where the team has nominated us to go, and if so, c) how are we going to do that?

The author is a high performance coach who works with elite athletes and corporates. Forbes India readers can log onto www.iteamformyteam.com/forbes and get a free coupon to use iTeam for up to 15 people till October 23.