To be a good corporate citizen in the plantation industry, one has to learn to co-exist with elephants. Not only to protect these magnificent creatures but also to develop the confidence amongst the workforce to work without the fear of elephant attack—a prerequisite to business profitability 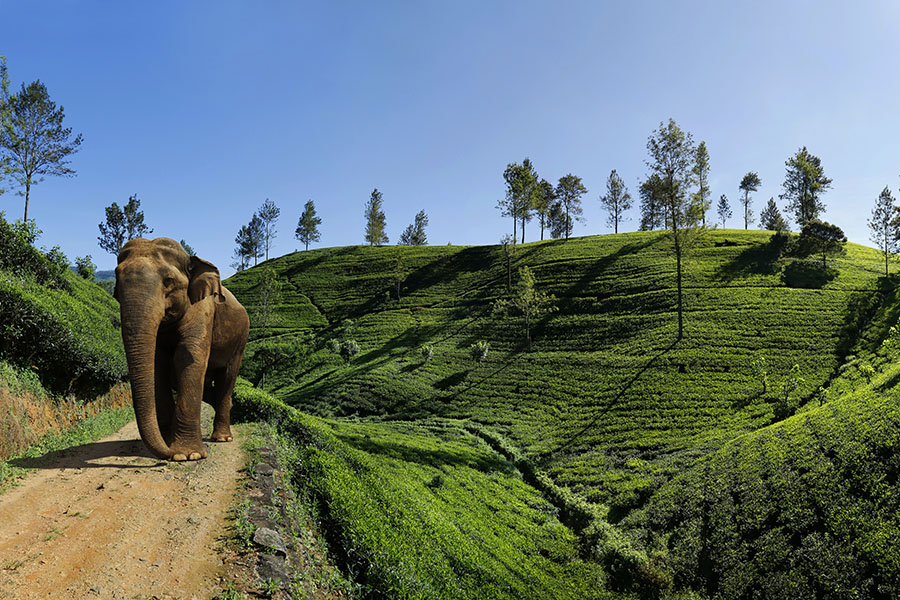 TCL and the plantation industry have reached out to partner with them and the Wildlife Research Institute to arrive at and implement solutions to mitigate the human-animal conflict Image: Shutterstock

For an organisation that is responsible for making sure that millions of cups of high-quality coffee are made available annually for consumption across the world, devising a strategy to manage elephants and making sure it is implemented well, is an important part of their operations.

And, for sure, I am not referring to the elephant in the room!

The organisation is Tata Coffee (TCL), one of the world’s largest integrated coffee cultivation and processing companies today, covering 19 estates, spread over 8,000 hectares, producing some of the finest quality instant coffee, green beans, pepper and tea.

Since TCL estates are situated close to the reserve forests and game sanctuaries like Nagarahole Tiger Reserve in Karnataka, inevitably, many wild animals like elephants, tigers, leopards and bison stray into the adjoining estates in search of food and water, more so in summer months. Reportedly, more than 120 human deaths and 100+ cases of human injury were recorded in the Kodagu district in the last two decades (the Ministry of Environment and Forests has declared Kodagu district as a “high human-elephant conflict zone”). As the presence of elephants (or other animals) leads to mental pressures for the workforce and the community at large, it also results in productivity loss, as workers close to a reported sighting of a wild animal may be required to be moved to a safer location.

Practically, every part of India has been affected by human-wildlife conflict, though the degree varies. The commonest animals involved are elephants, gaurs, sloth bears, leopards, tigers, Macaque monkeys, wild boars, and snakes.

While the causes of the conflict are many, the common ones relate to increased human population leading to encroachment of animal habitat (including loss of corridors and reduction of home range), loss of forest cover due to climate change, and the impact of developmental activities.

This is borne out by the World Wildlife Fund-led report “A Future for All: The need for human-wildlife coexistence”, which delves into the complexities of human-wildlife conflict, ways to sustainably manage and reduce it, and move towards coexistence with wildlife while continuing to engage diverse partners.

There are also localised factors at play. In the case of TCL, more so since 2010, some elephant calves have been born inside plantations, and these surroundings have become their ‘natural’ habitat. The plantations, in a sense, have become safe havens compared to forests. There is another natural phenomenon at play. Bamboo shoots in the forest are a great favourite for elephants and a good source of nourishment too. Unfortunately, bamboo shoots have entered their shrinking cycle and will mature next after 15-20 years. This means that elephants have to look for an alternative to bamboo shoots. The plantations provide food alternatives.

Most people associate elephants as docile and gentle animals based upon those in the precincts of a temple or a procession. However, the fury of an angry elephant is dangerous, especially when it has a threat perception for its calves, is unable to access its food or when the animal is being chased/disturbed by noise (crackers, drums, air rifles, and so on) to drive it away.

The policy in TCL is to live in harmony with nature. Hence, they do not harm or chase elephants or any other wildlife.

Also read: Forests of the future: A national economic opportunity

Recognising the gravity of the problem and realising that systematic planning and implementation of steps towards mitigation was important, TCL formed its Wildlife Cell in 2012. Given that it was important to learn from the experiences of others, partnerships were forged with external experts like the Indian Institute of Science, Pondicherry University, and NGOs like WWF-India, NCF, and so on. The focus was to analyse the problem to arrive at the root causes of the problems and to find comprehensive solutions. Clear mapping of the conflict zones was one of the most important and early steps in this effort.

Given that the Forest department is the final authority in the matter, TCL and the plantation industry have reached out to partner with them and the Wildlife Research Institute to arrive at and implement solutions to mitigate the human-animal conflict. This has involved a variety of measures ranging from data sharing, development of infrastructure such as building a network of barriers (solar fence, trenches, and rail-track barricade), construction of “observatory towers”, removal of blind spots on the roads, and so on. Removal of elephant attractors such jack fruit trees, in liaison with the forest authorities, is another major step. The degree of importance attached by TCL to this effort is borne out from the fact that it has incurred a spend of nearly Rs 75 million in the last few years on constructing, strengthening and maintaining solar power fences with 9.9-volt power, besides creating the other infrastructure referred to earlier. It has also developed a group of 72 trained trackers, equipped with walkie-talkies and binoculars, for early identification of risks and for activating early warning systems.

A portal hosting an ‘Animal Sighting Register’ allows the staff of TCL to record all forms of animal sighting, and this data, over time, allows drawing useful insights for formulating/upgrading policy and re-designing/deploying appropriate interventions.

A significant achievement on the partnership front (which has far-reaching benefits for the community at large), is that the TCL team, in collaboration with others in the Karnataka Planters Association, and the Forest and Wildlife officials, have been able to identify a set of rogue elephants and ‘radio collar’ them. Experts say that ‘single’ mature elephants potentially cause the greatest damage. This has allowed early warning signals to reach the relevant stakeholders, allowing time and preparedness vital in such instances.

However, much more needs to be done, such as persuading senior government functionaries to relocate rogue elephants, if required.

Also read: Thanks to elephant seals, we now know more about the 'Blob' marine heatwave

It has to be understood that no investments in infrastructure and technology can ever deliver results unless the people are made aware of the associated risks and prepared/trained to take responsibility to deliver an adequate and timely response. Recognising the importance of this aspect of the response, TCL has developed and deployed the ‘Hazard Identification and Risk Assessment’ (HIRA) system. This includes a series of actions -
It is also ensured that single-person deployment in remote areas is completely avoided. 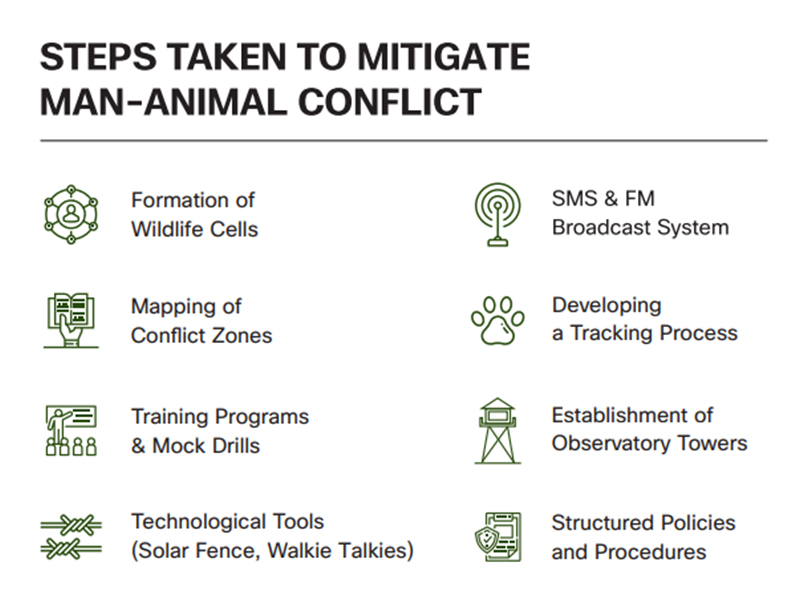 TCL does not believe in keeping the benefits of such high-effort intervention all to itself. In line with the Tata Group ethos and aligned with the Rainforest Alliance certification, TCL shares the details with the community of other coffee growers, especially the smallholders. Hence, it shares the “dos and don’ts in dealing with wild elephants” with neighbouring coffee estates, as well as holding awareness sessions for children in community schools. It also reaches out to other planters during emergencies.

In conclusion, to be a good corporate citizen in the plantation industry, one has to learn to co-exist with elephants. This is not only to protect (and not adversely impact) these magnificent creatures by working in collaboration with forest and wildlife authorities but also to develop the confidence amongst the workforce to work without the fear of elephant attack, which is a prerequisite to business profitability. Again, this cohabitation between humans and animals cannot be achieved in isolation, but in a collaborative environment involving the community, the plantation sector players as a whole, and the government.

I am sure you now see why elephants are also your business if you are in the plantation industry in India.


The author, Prabhat Pani is the Executive Director at the Centre for Innovation and Sustainable Development, Bhavan’s S. P. Jain Institute of Management & Research (SPJIMR)