The perplexed's guide to the masters of the universe redux 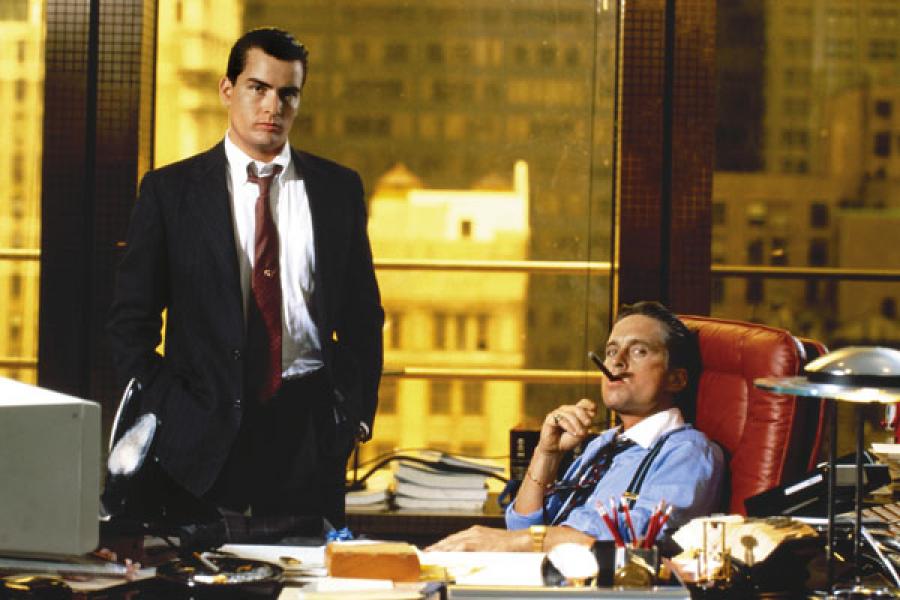 It is very rare to get a film character that defines an era. Gordon Gekko was definitely one. He was the Master of the Universe. He became a shorthand for moral laxity and hubris. And yet he ended up being a hero for the very people he was supposed to scare. Director Oliver Stone says he has learnt that lesson and has ensured that Bretton James, the bad guy in Wall Street: Money Never Sleeps does not evoke sympathy. Here is deconstructing Gekko and James.

Gordon Gekko
STYLISTIC INFLUENCES
The financial world and Wall Street in particular occupied a dull impression in our minds and the dirty yellow pages of dailies till Gekko entered into our psyche.

Gekko personified power, money and seduction. Ellen Mirojnick, the costume designer for Wall Street and Money Never Sleeps feels, “Gekko brought in the language of power dressing for men in Wall Street. He elevated an entire genre.” His wardrobe comprised:


INFLUENCERS
Gekko was conceptualised as an amalgamation of

Dennis Levine A mergers & acquisitions expert, Levine built an empire from Wall St. to Bahamas with secret subsidiaries of Swiss Banks. He was charged by US Attorney Rudy Giuliani and sentenced to two years in prison.

Carl Icahn One of the most notorious corporate raiders, Icahn is famous for promoting shareholders’ welfare, a trait exemplified by Gekko.

TRENDSETTING
Gekko wasn’t just another ruthless vulgarian. He displayed a veneer of chic and intellect. He captured the imagination of Wall Street wannabies. Wall Streeters followed him to the proverbial hilt. He influenced the way Wall Streeters dressed, behaved, cultivated hobbies and went about their business. 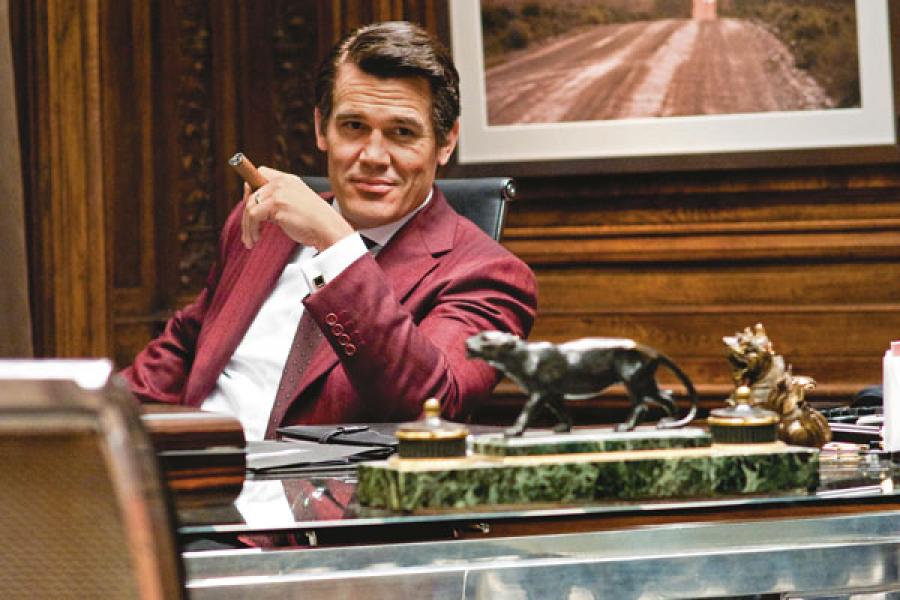 Image: Fox Movies
Bretton James
INFLUENCERS
Oliver Stone created this character based on the powerful bankers of Wall Street who had tremendous clout over Washington. In Oliver Stone’s words, James is a mix of:

Lloyd Blankfein Named as one of the “The Most Outrageous CEOs of 2009” by Forbes, Blankfein has been at the helm of Goldman Sachs since 2006.

Robert Ruben Secretary of the Treasury under the Clinton administration, he was instrumental in repealing of the Glass-Steagall Act (that prohibited any financial institution from operating as commercial bank, investment bank and an insurance company) in 1999. President Obama has openly blamed this repealing as the precursor of the 2007 subprime mortgage crisis.

STYLISTIC INFLUENCES
According to Ellen Mirojnick, “James is about presentation, money, power and conquering the world. He is ruthless and willing to take anybody down. The stakes are bigger than Gekko’s in 1987. When I thought of designing the look of James, I thought of Darth Vader.” James’s wardrobe comprised:

TRENDSETTING
Bretton James is the Gekko of the 21st Century - an offspring of the ideology preached by the 1987 Gekko. He too displays ostentatious tastes like his predecessor in the previous film. These include:

Tweets by @forbesindia
India has 69 Billionaires, Mukesh Ambani is the Richest
Power Posing: Fake It Until You Make It