Governments across the underdeveloped regions of the world are already facing the threat of water wars. We believe 2012 will be the year the world starts looking for solutions to its aqua problems 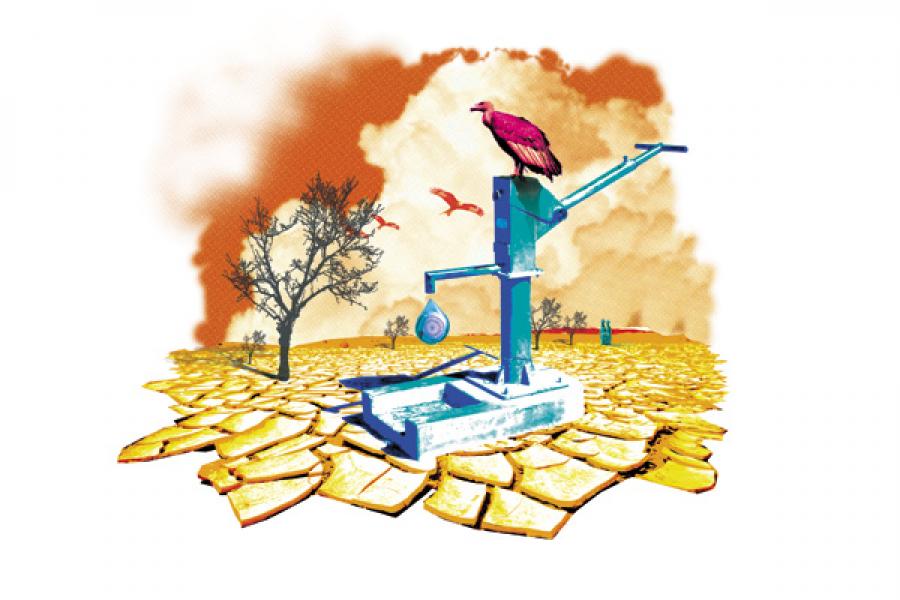 Water will be one of the defining issues of the next half century. It’s a critical issue and this realisation will start from 2012.

There are a number of reasons why water will be so critical. Let’s start from Southeast Asia and go all the way to Africa. Vietnam, Cambodia, Thailand, Laos; then there’s China, Bangladesh, Nepal, India, Pakistan, Afghanistan, Iran, Iraq, Syria, Turkey; then we go south to Israel, Palestine, Egypt and all the way to Tanzania. It’s a mega arc of hydro insecurity.

If water supply drops by 5 percent in 20-25 years in China and India, food production here will also drop, while demand would have gone up substantially. Already there are food crises. The world noticed that in 2008 when prices went up for the first time. Right now, India and China are not in the market in a big way. In another 25 years you have a possibility of these countries entering the food market as buyers. This will wreak huge havoc.

This won’t take place 25 years from now; it’ll start in the next two years as people start noticing these trends. Speculation in commodities will increase substantially.

Water is already emerging as a global issue in the security debate, not in the global economic or food debate. The initial response is short sighted.

They are constantly engaged in negotiating allocation of respective shares, which actually leads to conflicts between upper and lower riparian countries. You have tensions between Turkey and Syria, Iraq; Israel-Palestine; Egypt-Ethiopia. There’s now tension between Vietnam, Thailand, Cambodia and Laos as well.

The solution lies in looking at water from a different point of view. Due to a number of international developments, in 2012, we will see a substantial impetus to the concept of water efficiency of economies.

Eighty percent of water in most developing economies is used for agriculture. Water for drinking and other biological purposes is 5 percent and for industries is 15 percent. By simply reducing the usage of water in agriculture, you will save a lot of water.

Israel has developed IOD [irrigation on demand] where they use software in a field. The control mechanism gets to know if any plants are over- watered or under-watered. The software will communicate between the plant and control mechanism to influence the flow of water. The Israelis estimate this will save 50 percent of water [in agriculture]. This will be a game changer.

Another technological development tackles the problem of leaking pipes. Water which is lost in leakages varies from 10 to 40 percent across the world. South Africa has developed a new technology where the pipes communicate with a control mechanism to identify leakage and that will alert the supervisors immediately.

In 2012, there are a couple of political developments taking place. The World Water Forum will take place in France. This will lead to a major reassessment of the whole water scene in the world. Second, the Swiss Parliament has specially allocated authority and support to the government to find solutions to the world’s water problems. Singapore will also give a big push. They have their annual version of World Water Forum. Third, Israel’s technologies will hit the market.

New agreements are being negotiated. What you require to do in different countries is encourage production of certain crops in some countries and other crops in other countries depending on soil, moisture and other factors. In South Asia, some crops can be grown in Pakistan, some in India and some in China. To do that you need strong economic co-operation and a free trade market in agriculture. That means you have to go for new forms of regional co-operation.

There are a lot of political leaders in all these countries who are open to the idea of using water as an instrument to increase economic growth and develop technology. But there is bureaucratic resistance. They still think of water as ‘my water versus your water’. 2012-2014 will be a crucial period where the will of politicians will be tested against bureaucratic resistance across the mega arc.

Take the Brahmaputra. China wants to develop its Southwest region and India, its Northeast. Both countries need to generate electricity. From India it is easier to take lines to China’s Southwest than to the rest of India. India wants to develop Arunachal Pradesh as a major producer of electricity to develop eastern India. If carefully monitored transit co-operation takes place, India would be doing China a big favour. China doesn’t have too many ports in that region. There can be a multi-modal transport via the Brahmaputra. You have to include Bangladesh in this as well.

If a group of countries decide to take a co-operative approach to exploit the full potential of water and sustain environment at the same time and rejuvenate water itself, they will be the beneficiaries.

Sundeep Waslekar is president of policy think tank Strategic Foresight Group, he was recently conferred an honorary D.Lit from Symbiosis International University at the hands of the President of India.