Will English Continue to Rule the Indian tongue?

The instances of English today point not to its decimation, but to its multiple avatars in renewable contexts 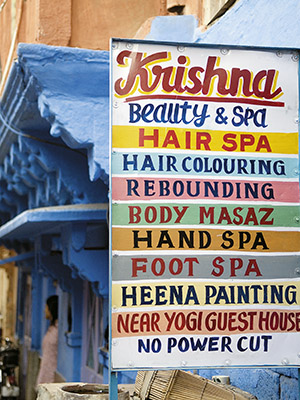 Many years ago, more than I am willing to recount or reveal, I was returning from a school trip. The bus that had taken us primary school students of an ‘English-medium’ school pulled over outside the school, next to anxious parents waiting to receive their children. My mother also stood there, arms stretched out, calling out in her tongue/my tongue (Sindhi), “Ach, putta.” I remember feeling some heat on my cheeks, almost as if an unpleasant and intimate part of my life had suddenly lain exposed. Why did she have to show that she didn’t know English? She could have used some phrase or kept quiet.

This episode had laid buried, never completely gone, but unearthed with an immediate force when I watched a recent film, English Vinglish. Writing off her mother for not knowing English is another cruel daughter in the film. However, this mother learns some English which she speaks more as ‘Vinglish’, generously Indian in accent and syntax. The moment of her speech in Indianised English is a dramatic one; sending shockwaves to her family. Gender and language intertwine to make this a tour de force, for Shashi the timid one, has managed to learn English on her own in a foreign country. It was her best-kept secret. In the process, she has also learnt that her underrated ‘activity’ of making and selling sweets is entrepreneurial. The family is floored, and all’s well in the world.

This is what it looks like then: Not only do we not get jobs without English, and not appear classy to the world, even our families don’t respect us without English. Families are distinctly political and English plays a role in determining power equations in that sphere as well. The well-known Indian writer UR Ananthamurthy had remarked English was a ‘father-tongue’, whilst the languages we speak in kitchens and backyards, the ones we gossip in, are our mother-tongues.

What we learn increasingly now is that English is not only a language of public domain, a male baithak, an official language of the outside world. It can now re-signal relations of the inner world, a father-tongue of the past that now has serious problems with the mother-tongue, whom it just wouldn’t let be. We are watching in our times significant expansion of English in an inward direction; its constitutive role in shaping our ‘selves’. English is the language of self-esteem. The housewives can feel entrepreneurial and the Dalits can feel less stigmatised. This social transformation expands the roles of English, its entry and importance in zones that had hitherto remained untouched. This is almost scary, na?

The answer is yes and no. Undoubtedly, English is more powerful, and also abusive as it enters the kitchens and mixes with vocabulary of the home and hearth, disrupting what we considered sacrosanct and pristine. I mean we can’t even say “I love you” in our languages. However, the process has also mangled English out of shape, wrenched it out of the Oxford-Cambridge mansion it inhabited, and brought it to the streets where it gets its hands dirty. Its power is such that even using a Roman letter for a Hindi word suggests ‘arrival’, but such is its malleability and helplessness that “Chainese” food is available and accessible only in a phonetic spelling. A song titled Kolaveri Di, a combination of Tamil and English, was quite a rage last year. Words such as “White-u skin-u girl-u girl-u/Girl-u heart-u black-u/Eyes-u eyes-u meet-u meet-u” bend the rules of both English and Tamil, and resonate with millions of Indians in different parts of the country. The Airtel ad that says “Har ek friend zaroori hota hai”, does not only bend Hindi or English, but provides a great example of youth, technology and mixed language. Ditto the Flipkart caption, “Shopping ka naya address”.

The instances of English today point not to its decimation, but to its multiple avatars in renewable contexts. I think English in India is like a jugaadi entrepreneur who has assessed the situation and ‘adjusted’ accordingly. Worn like a kurti over jeans, or suffered on a summer’s day in a tight suit while appearing for interviews, English in India is clever enough to know that it must appear as one of ‘our own’. Who has the upper hand here, Indian tongues in making English Indianise or English in making Indian tongues inadequate without its presence, is a much debatable question.

Some worry about the falling standards of English, others about the very existence of Indian languages. Some rejoice in the liberation of English-Vinglish from the clutches of the little island that once ruled the world, others find in it the persistence of colonisation, and threatened ecology of a linguistic landscape. Some call the mixture of English with Indian languages Indlish, others Hinglish. Some like it, some don’t. Some of it is new, some of it is not. Chhodo bekaar ki baatein, as Rajesh Khanna said in a movie. It’s too complicated yaar.

Kabir famously contrasted the ‘running stream’ of vernacular language to the ‘well’ of Sanskrit. My colleague Rupert Snell remarked somewhere, “How would he have characterised English in India? As a spring bursting from some remote rock? As a canal dug by colonial engineers? As a bottled product with a compromised seal?” We sit on the banks and watch this running stream as it finds its own course. Who are we to influence it and correct its extremes of drought and flood? 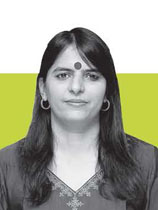 Rita Kothari is best known for her contribution to translation, multilingualism and studies of communities and regions that escape mainstream scholarship. Besides several books to her credit, she is also the co-editor of Chutnefying English: The Phenomenon of Hinglish (Penguin India, 2011) and teaches Humanities at the Indian Institute of Technology, Gandhinagar.

Tweets by @forbes_india
Will E-commerce Companies Finally Start Making Profits in 2013?
5 Fitness Trends to Watch For