GenNext is packing a punch for luggage leader VIP

India's luggage leader, VIP, pressed by rivals, has a daughter freshening the tags on its bags 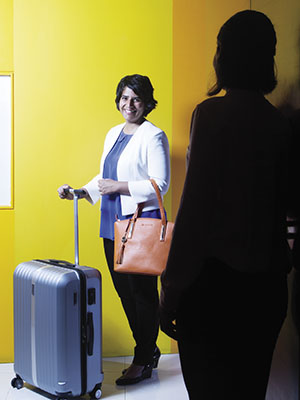 Image: Rajat Ghosh for Forbes
On the go: “We need to transform to stay relevant,” says Radhika Piramal

When Dilip Piramal, chairman of India’s largest luggage-maker, VIP Industries, wanted to add youthful verve to his stodgy, 48-year-old company, he chose his daughter Radhika to lead the charge in 2010.

Armed with a bachelor’s degree from Oxford and an MBA from Harvard Business School, Radhika set to work, trotting  out one new and two relaunched brands, embracing a splash of colours and roping in young Bollywood stars to endorse the new efforts.

Father and daughter also opened a plant in Bangladesh for manufacturing soft luggage—which is currently imported from China—to fend off currency concerns. And they expanded from long-haul luggage to women’s hand-bags, office bags and backpacks.

“We are moving from being a luggage company to a lifestyle company,” says 37-year-old Radhika, managing director. “We need to transform to stay relevant.”

The father-daughter duo is also capitalising on travel trends in the country. Indians are young and traveling more. As they move about—within and outside the country—they’re carrying lighter, brighter and trendier suitcases, bags and backpacks. The Piramals are catering to this wanderlust with brands like VIP, Carlton and Skybags.

VIP Industries has grown to $168 million in annual revenues, but a generation ago it had 80 percent of the domestic market and relied heavily on government stores meant exclusively for the armed forces and their families. Now there’s intense competition at these stores and elsewhere—from global luggage leader Samsonite’s American Tourister brand and homegrown player Safari.

“VIP has a strong distribution reach and a legacy brand that has recall even in smaller towns in India,” says Manoj Bahety, deputy head of research at Mumbai’s Edelweiss Securities.

It was purchased by Dilip Piramal and his family in 1973. Dilip—the second of three brothers in the storied Piramal clan—broke away from the larger family in 1982, taking VIP with him. (Younger brother Ajay Piramal is a billionaire with interests that include pharma, financial services and real estate, and the family of late older brother Ashok Piramal is into textiles, auto components and sports. There are no cross-holdings or linkages between the different groups.)

Radhika, the second of Dilip’s three daughters, started out with VIP in 2001. She worked with the company until 2004, helping with the acquisition of UK luggage brand Carlton. In the ensuing five years she got an MBA and worked with Bain & Co and later with Future Brands. She rejoined VIP in 2009.

The division of labour at the luggage outfit is clear. While Radhika is in charge of the day-to-day operations, her father eyes strategy. Business at VIP is characterised by frank conversations between the two. “I use these conversations as a sounding board to weigh the pros and cons of various decisions,” says Radhika.

And with many decades of experience dad never hesitates to say what’s on his mind. “Luggage is not a large industry—you can only grow so much,” cautions the outspoken dad, 65. “And how many innovations can you really bring about? Earlier we had luggage without wheels and now you have wheels. And then we went from two wheels to four wheels. We also moved from hard luggage to soft luggage.” 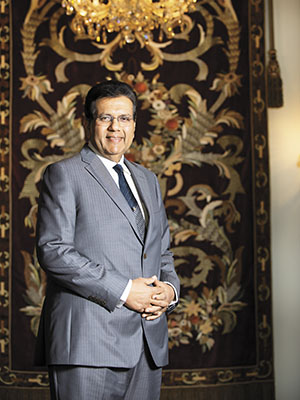 Image: Mexy Xavier
VIP Chairman Dilip Piramal: “Luggage is not a large industry—you can only grow so much”

That’s why he pushed for the entry into women’s handbags. In 2012 Radhika launched Caprese—handbags in the $50 to $80 range named after the Mediterranean island of Capri. Bollywood’s Alia Bhatt is the marketing face. Radhika wants this to be the largest women’s handbag brand in India in the next five years. It’s already sold through 500 outlets and is available with all major ecommerce players. The biggest challenge is to get women to move from unbranded to branded bags.

Radhika beta-tests bags as well as duffels, executive cases and suitcases as she travels within India. (Fashion conscious but a company loyalist, she hasn’t sported a Gucci or a Coach in her life.) Her luggage relaunches included repositioning 1980s vin- tage Skybags as a youthful brand with colourful, four-wheel trolley cases and backpacks. Screen hunk Varun Dhawan became Skybags’ brand ambassador this year. Sales already had been compounding at a 72 percent clip the last four years.

But the company’s eponymous label is still nearly half of all sales. It’s a traditional  Indian favourite, and VIP luggage is still favoured by parents as a wedding gift to daughters, especially in the eastern states. So getting those daughters—and sons—to really welcome the tag is a fundamental challenge. “Only the VIP brand can move the needle in a meaningful manner,” says Edelweiss’ Bahety.

Sales have grown in rupee terms in the past year, but profitability fell—hit both by a weak rupee as well as higher advertising spends. “When you’re building three brands, it’ll show up on the profit-and-loss statement,” explains Radhika. “It’s a conscious management decision. My focus is to keep improving the gross margin. We also want to double revenues in the next five years.”

To this end she’s using the company’s legacy oomph to boost business in the 300 smaller towns among the 400 domestic locations it reaches.

Samsonite, which is a market leader in most of the 100 countries it operates in, hasn’t been able to unseat VIP in India—yet. It really burst out in 2000, opening 140 stores in a single year. In 2005 it rolled out its American Tourister brand and built that into a $120 million blockbuster in a decade. It’s also more profitable than VIP, catering to a higher-end segment. VIP dominates in the $50 to $100 price range, but now Samsonite is set to attack the lower end of that segment with a new brand.

Staying competitive is not just a branding proposition but also a sourcing issue. China supplies 70 percent of VIP’s soft luggage. But it’s becoming costlier. So, in January 2014, VIP set up a Bangladesh plant. (This is in addition to three plants in India, which handle the hard goods.)

Both Radhika and her company are anticipating a prolonged journey. “If we’re thinking of a 20- to 30-year horizon, we’ll need to have an alternative to China,” she says.

(This story appears in the 30 October, 2015 issue of Forbes India. To visit our Archives, click here.)