iGate employees allege that the relationship between Roiz and Phaneesh was hardly a secret. Several people in the company knew about it and they say that Roiz travelled with Phaneesh extensively and often 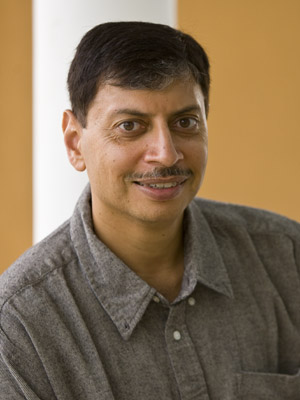 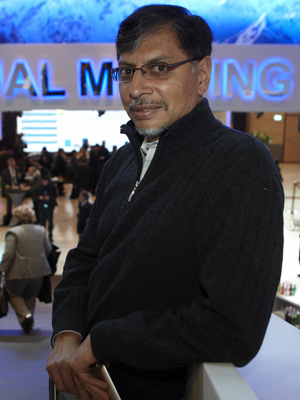 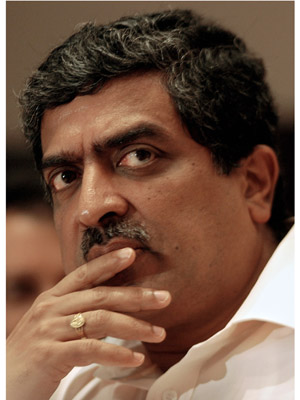 Image: Jagadeesh N.V / Reuters
One of the senior members of the management team argued that if the company acted tough, there was a real danger that Phaneesh could possibly turn vicious and attack the then CEO Nandan Nilekani
The first episode
The way this issue played out was in many ways a stark contrast to how it unfolded the first time, 11 years back at Infosys. At iGate, he was a man with a history of sexual misadventure. But at Infosys, he was the other Murthy. (In fact, NR Narayana Murthy used to refer to him as his brother). How Infosys responded to that crisis is both a sign of those times (when IT companies were less global), and instructive (in showing how a sudden crisis can throw a company that swears by ethics off guard.)
“It hit us like a thunderbolt when the sexual harassment case happened. None of us had the experience of dealing with the issue till then,” says a former Board member. Even though Reka Maximovitch had filed two restraining orders against Phaneesh between January and June 2001, the management in Bangalore had no idea about what was going on. The HR head of Fremont, California was reporting to Phaneesh at that time. The first time the Board heard about the case was when NRN Murthy received a legal notice from Maximovitch’s lawyers.
“The question at that time was whether the then CEO Nandan Nilekani was aware of the situation and had hoped that it would eventually blow away. Whatever the situation was, the company swung into action thereafter. Nandan did a conference call with all of us and briefed us on the case” says the Board member. The lawyers were flown in from the US. “That’s when we realised that the company could be sued for lack of processes” says this former Board member.
“At that time, Infosys did not have a strong sexual harassment policy, a whistle-blower policy or even a disclosure policy. That’s what Reka’s lawyers were looking to exploit” this person adds.
In hindsight, the management team wanted to close the case and avoid any further embarrassment. Senator Larry Pressler, who was on the board, was the sole voice who kept insisting that Phaneesh should not be let off. He felt Phaneesh should be suspended, pending investigation. If the investigation proved guilt, he should be made to pay for it.
However, in the boardroom huddles, it appeared that the executive team was keen to let him go, accept his resignation and settle his dues. “One of the senior members of the management team argued that if the company acted tough, there was a real danger that Phaneesh could possibly turn vicious and attack the then CEO Nandan Nilekani. So that was why the company eventually chose to settle the case out-of-court. And Phaneesh did not pay a single dime out of his own pocket” says the former Board member.
After the unsavoury episode, Infosys swung into action. Being a systems-driven company, under HR head Hema Ravichander’s leadership, it went about methodically creating all the necessary apparatus to deal with sexual harassment, such as training the entire company, including the Board, on issues related to sexual harassment. They codified what was appropriate behaviour and what was not and built a detailed manual. And finally, they set up an independent committee under the leadership of a professor from the National Law School. Henceforth, all complaints related to sexual harassment would end up at her door.
At that time, the average age of employees at Infosys was 22 and building a gender friendly work environment in a male dominated culture wasn’t easy. For instance, how do you create a disclosure policy for a manager is dating another colleague? Is someone expected to disclose the fact before the relationship, or during the relationship or after the relationship? The basic idea was to ensure that the person had to inform the company so that the subordinate could be moved to a new role so that the person did not take undue advantage of an otherwise consensual relationship.
Shortly after the Phaneesh case, there was another case involving a violation of the sexual harassment policy, where a CEO of Infosys’ BPO business was accused of sending out apparently funny, but sexual explicit mails to colleagues, including some women colleagues. One of them filed a complaint accusing him of violating the policy. The matter was discussed in some detail at the Board. Eventually, the CEO in question was let off with a hefty fine. Chairman NR Murthy is said to have censured the person saying that a senior leader had to be careful not to do such stupid things.
Why do smart people keep on doing stupid things?

Show More
Get the latest stories, videos, and podcasts from Forbes India directly in your inbox every Saturday
Thank you for your comment, we value your opinion and the time you took to write to us!
Comments 22

Tweets by @forbesindia
Araceli Roiz pregnant with Phaneesh Murthy's child, claim her lawyers
Phaneesh Murthy: The two chairmen came to my office and told me I have to leave today