Amer Safaee is a successful businessman, he opened up an IT company Bama Security Operations in Afghanistan that later went on to gain as Bama group operating in 10 countries 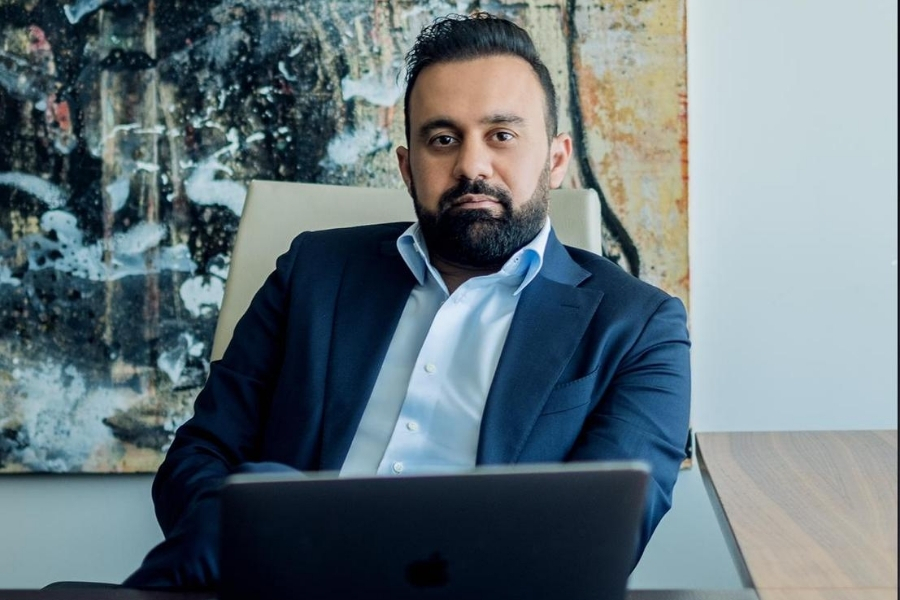 Even after the struggles he faced in life, Safaee has managed to achieve his visions and is slowly rising to the top. Who said that life was always going to be a cakewalk for all? If at all that was the case, people wouldn’t have grown as professionals and, more importantly, as human beings. It is these tough times in life that make a person stronger than ever. Amer Safaee from Daykundi, Afghanistan, has been one amongst these fierce fighters in life who even after facing more downs was ready to get up and face life with a new high. Amer Safaee is a successful businessman, born in Daykundi, Afghanistan, in the year 1980. It was never a normal life for him as a low-income family raised him. But the circumstances never bothered him to study hard anyway, and eventually got enrolled for bachelors in IT from a reputed University. He opened up an IT company Bama Security Operations in Afghanistan that later went on to gain as Bama group company in 10 countries namely Tajikistan, Turkey, UAE, UK, Germany and more. Thereafter, he chose to complete his education further and joined an MBA program. As this was not the end of his entrepreneurship, he decided to invest in a Fashion modeling and beauty sector in a company called ZAZZ Modeling Agency that has branches in 5 different countries. Safaee loves to travel abroad and so is his work introduces the same, and due to that, he lives in three major regions, particularly in Dubai, London and Istanbul. He is beautifully living his life alone and loves to poach in the adventures. Horse riding is one thing Safaee loves to do and maintains a sensitive side for pets. His taste concerns for fashion and simultaneously for luxury cars. When preferring a brand, Safaee mainly chooses Dior and LV. He likes to walk and relax in the air after a whole busy stressful day as it is important for one to breathe for a while. Maintaining a healthy life and consuming a nutritious diet regularly, Safaee is nowhere behind setting a prime example for numerous. Sometimes but only sometimes, he prefers to munch on traditional foods as they define the crispiness of one's culture. When it comes to business, Amer Safaee believes in taking risks for real as rising high in this domain is all about compromising a bit, yet the success is always cheerful. He considers analysis thoroughly before jumping onto any business startup and simultaneously one has to be brave enough not to be scared by the challenges along the way.  An entrepreneur should have the ability to take risks and making smart decisions, and living by the same rule, Safaee has gained a thick success globally. There is a very common and famous maxim we have heard since our childhood, "Honesty is the best policy," and the personality of Safaee is the real example of this pattern as he surmises, God only enlightens the path for those who live by this simple policy. Failures are the part of our lives, but the rare is the one who gets up every time more intelligently and one aspect of Safaee reflects the same. In fact, he has immense power to fight the obstacles and emerge victoriously. He mentions “Twice in my life I had lost almost everything. I did feel sad but only for a brief period and after that, I knew I had to face this situation with courage and my head held high. When things were extremely turbulent in the Middle East market, I did not lose hope but tried hard to come up with solutions and strategies to overcome the difficult times”. Technology attracts Safaee to a level and this eventually led him to invest more in shape. As he knows it takes a brilliant to move ahead and prosper through visions. From such a background and now dealing with diamonds, Safaee changes his fate along with more thriving on the ground. To celebrate an inspiration like Safaee is worth the moment. He is currently living by a target to flourish and broaden his business in 50 countries till the year 2025 - This is how one becomes a legend, by setting such marks and recorded as a history to reminisce. https://www.instagram.com/amersafaee/ & https://www.instagram.com/zazzmodels/ Disclaimer: This content is distributed by Digpu News Network. No Forbes India journalist is involved in the creation of this content.

Tweets by @forbesindia
Josh Lester, co-founder of one of the top 3 door-to-door sales companies in Canada
Financepeer won the best emerging company award from Business Mint