GCOX takes the world by storm 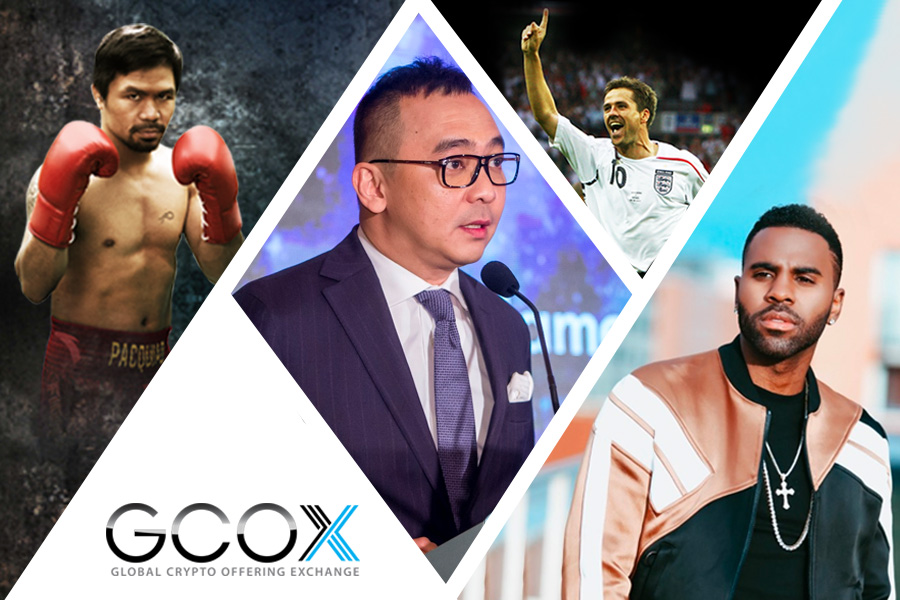 GCOX was established in February 2017 as the brainchild of its founding team comprising Chief Executive Officer Sir Dr Jeffrey Lin, Chief Technical Officer Loh Chee Tim and a group of notable private investors. The mission was to bring business fundamentals to the world of blockchain and create value for fans, celebrities and investors.

Dr Jeffrey has been recognised as an accomplished leader, entrepreneur and is the recipient of multiple entrepreneurship and top brand awards including the 2010 and 2011 Successful Entrepreneur, Top 100 Singapore Excellence Award 2012/2013 and the Singapore Entrepreneurs’ Award 2013, just to name a few. He also received numerous medals for his outstanding humanitarian contributions. Like many great leaders, Dr Jeffrey is a visionary who never shied away from chasing bold and revolutionary dreams.

In his youth, Dr Jeffrey always dreamt of a day where he could get up close and shake hands with his favourite celebrity, Michael Jackson. However, it was impossible at the time for a young boy in Singapore to even hope for such an opportunity. As described by Dr Jeffrey, GCOX was first conceived to bridge the fan-celebrity gap and provide a platform for fans and celebrities to gain greater access to one another for mutual benefit and cross engagement. Getting closer and interacting with your favourite celebrities will no longer be a fantasy with GCOX.

What started out as a dream swiftly resulted in a massive World Tour spanning three continents. The GCOX team, spearheaded by Dr Jeffrey, embarked on a whirlwind world tour which started in March 2018 to promote and spread the word on GCOX and the exciting world of celebrity tokens.

GCOX took the world by storm from the get go when both Owen and Dr Jeffrey were featured in an exclusive interview on CNBC Hong Kong’s Squawk Box with the internationally-acclaimed and award-winning host Bernie Lo.

What followed was nothing short of amazing. The news of GCOX’s arrival onto the crypto-scene was carried by every major global news network including Bloomberg, CNN, Reuters, AFP, MSNBC and Channel News Asia, just to name a few.

GCOX went on to sign a memorandum of understanding with His Highness Sheikh Khaled Bin Zayed Al Nahyan to expand its celebrity token footprint to the Middle East. The strategic partnership was inked during the Future Blockchain Summit in Dubai, paving the way for the launch of UAE’s first fully-licensed celebrity tokens crypto exchange.

‘With the global crypto market predicted to be worth over US$6 trillion by 2025, and the rate of adoption expected to grow exponentially in the coming year, the importance of capitalising on the enormous potential for growth and blockchain development cannot be understated. In GCOX’s vision of the future, the multi-trillion-dollar entertainment industry will become inextricably entwined with the ever-expanding world of blockchain, leveraging the mass appeal of celebrities to accelerate the mainstream adoption of blockchain,” added Dr Jeffrey.

GCOX helps celebrities leverage their popularity like never before by creating their own exclusive, personalised crypto, known as Celebrity Tokens. Through exclusive products, services and social interactions, GCOX revolutionises the way celebrities interact with their fans, giving the public unparallelled access to celebrities.

The GCOX World Tour is part of a larger experience that GCOX is promoting, dubbed the #GCOXperience, which gives fans access to exclusive red-carpet events where they get to hobnob with celebrities and other influential people. The #GCOXperience kicked off in Germany where GCOX was the main sponsor for the EU Sustainable Fashion Festival of Fashion Week Berlin.

In July, the World Tour landed in Kuala Lumpur, Malaysia, where the prestigious Fight of Champions boxing event took place with GCOX as the International Presenter of the event. GCOX Celebrity and Key Investor Manny Pacquiao battled Lucas Matthysse for the WBA Welterweight title and prevailed by a technical knockout. GCOX also threw an exclusive post-fight party at Zeta Bar in Hilton Hotel to celebrate Manny’s win.

Kuala Lumpur was a particularly eventful stop on the World Tour as pop superstar Jason Derulo signed an official partnership with GCOX, making him the latest celebrity to join their platform. Bringing Jason on board is a strong signal of GCOX’s intent to include a stellar and diverse lineup of celebrities on their platform.

Under the sound and infallible leadership of Dr Jeffrey, GCOX has grown from strength to strength and this global presence will underpin the highly anticipated Initial Token Sale (ITS) of its proprietary Acclaim token (ACM) that is launching on 8 August 2018 at 8 am, (GMT+8) till August 31. Limited quantity will be available at the launch price. Get yours now at www.gcox.com

Tweets by @forbes_india
Podcast: Harbingers of change
Back to the future