Back to the future

Machines, at the end of the day, are just tools, and tools need to be used by people 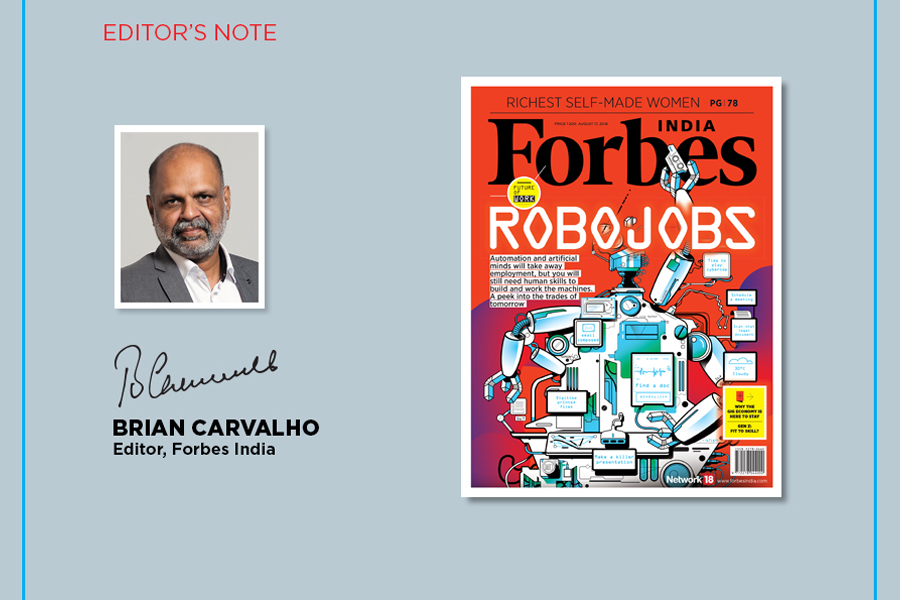 Create a luxurious city for the elite and privileged, throw in a robot (‘false Maria’, with an all-metal body and metallic brain), an artificial hand and garnish it with cinematic artistry, and you have a film on the future of the compelling kind. This was a film about life in 2026—made 100 years before, and the fountainhead of futuristic flicks to come. It’s about the city of Metropolis (also the film’s title), in which writer Thea von Harbou and filmmaker Fritz Lang imagined an urban dystopia, where the consumers live on the luxurious surface and the workers dwell underground.

The allegorical tale works at various levels, exploring the contrast between the poor and the upper crust. However, Metropolis also stands out for the images of a city of the future it put out in 1927: Skyscrapers and bridges, elevated highways and an Olympian stadium, and of course Maria the gynoid (female android). As one film critic put it: “Metropolis does what many great films do: Creating a time, place and characters so striking that they become part of our arsenal of images for imagining the world”. From Blade Runner to Batman’s Gotham City, Metropolis helped filmmakers such as Stanley Kubrick, Ridley Scott, and George Lucas create montages of futuristic cities.

One piece of Lang’s imagined urban dystopia that hopefully won’t pan out is the grim imagery of slave-workers moving up and down in cage-elevators and subsisting in underground quarters—in sharp contrast to the opulence on the surface. True, the ugly shadow of inequality looms large over the fastest growing major economy in the world, but workers—not just in India—may have something more in their face to contend with in the near future: Their jobs being taken up by metallic brains, artificial hands and Maria the Maschinenmensch (literally ‘machine-person’ in German). 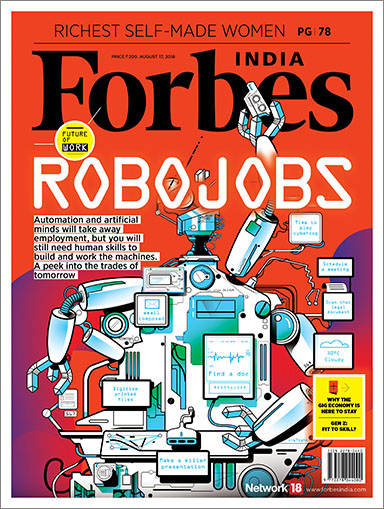 For this fortnight’s issue, Forbes India’s intrepid tech editor Harichandan Arakali along with an as-keen-as-ever team of writers set out to gaze into the crystal ball and figure the future of work . It’s a future that’s as daunting—captured vividly by the humanoid on the cover, illustrated by Graphics Director Sameer Pawar—as it is exciting. But, as Kathakali Chanda asks (don’t miss ‘Work it Out’ on page 30, in which Chanda forecasts jobs of the future), can a machine create itself? And machines, at the end of the day, are just tools, and tools need to be used by people.

In India, make that ‘young people’. The billion-dollar question is whether India’s much-touted demographic dividend is up to the task of blending its abilities with those of machines. The answer may be yes or no, if you go by the results of a recent survey, which suggests that over half of fresh graduates are not employable. That’s scary, particularly when you club it with the results of another study—that two-thirds of children who joined a primary school in 2016 will end up doing jobs that don’t exist today (go to Pankti Mehta Kadakia’s ‘Back to the Blackboard’, page 36).

Many of the jobs of tomorrow may sound fanciful, perhaps like much of cinematic sci-fi. But remember that even those made-in-Hollywood blockbusters didn’t do a bad job of imagining the future. Hover cars, iris recognition? You first saw that in 1982. In Blade Runner. Jasodhara Banerjee’s ‘As Strange as Fiction’ (page 60) digs deep into canisters of old movie reels to unearth gadgets and tech that were earlier in the realm of sci-fi but now in our workplaces. The wise man may have been right: “Life can only be understood backwards; but it must be lived forwards.”