How Medakit, a biotech startup could help india to control Coronavirus spread

Serological tests could potentially allow people who have immunity to return to work. 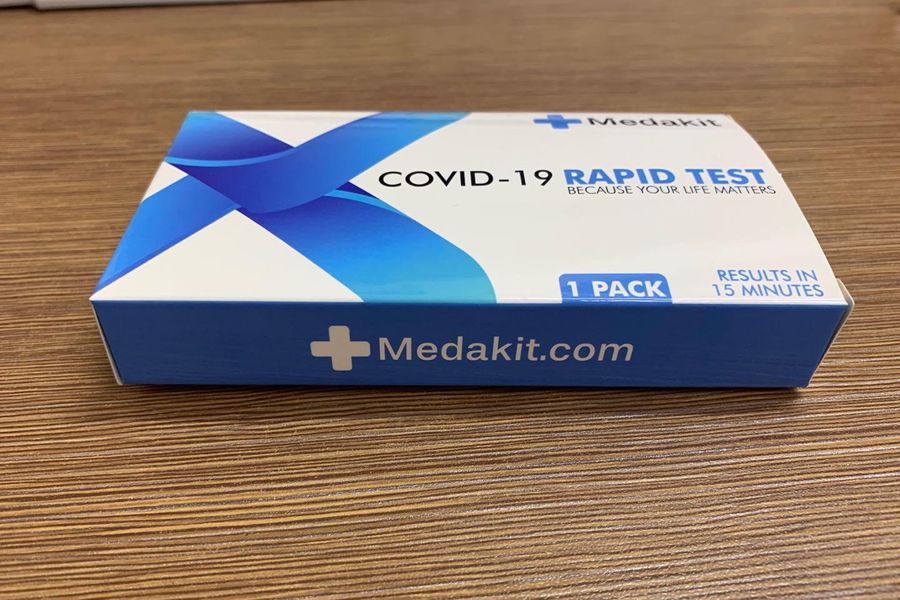 Hong Kong’s diagnostic kit manufacturing company Medakit has started manufacturing The Medakit Rapid Covid-19 Test Fits antibody for India, a person familiar with the development said Monday. The development is seen as a major relief for India which has a population of 1.3 billion people but was hampered by the lack of testing kits.

Medakit, the biotech startup, which specializes in home tests and diagnosis devices, has created a test kit that detects antibodies directed against the coronavirus that’s sweeping the world.

Instead of deep throat or nose swabs that are intrusive and typically require hours or even days before the results are known, Medakit’ tests use blood samples and a small device that measures antibody response to the virus within 15 minutes.

The United Kingdom has ordered 3.5 million antibody tests, which would show whether someone has been exposed to COVID-19. Such tests, which just take a drop of blood, could help reveal people who have been exposed to the virus and are now likely immune, meaning they could go back to work and resume their normal lives.

Serological tests could potentially allow people who have immunity to return to work. That could be a huge boost to front-line health workers who may have been exposed to the virus but are desperately needed back in action.

What is an antibody test ?

Antibody tests, also known as serological tests, look for antibodies in a patient’s blood. People who have gotten sick and recovered from COVID-19 have these antibodies, as do those who had the virus without ever experiencing symptoms. Some antibody tests, which require a quick finger prick, can return results in as soon as 15 minutes.

Unlike PCR tests, an antibody test can detect if the patient have been exposed in the past to the virus; and now immune. Antibody tests are also cheaper and much more scalable.

Medakit explains the IgG antibody “is a protein that the body produces in the late stages of infection and may remain for up to months and possibly years after a person has recovered.”

The Medakit Covid-19 Rapid Test can be administered within 2 minutes and requires no formation whatsoever. The tests only need a blood draw, which Mike Touzard said can be ordered by any physician.

In the context of blood testing for antibodies, “the technologies are not new,” says Mike. “It’s been around since 1961 and used as a tool for [testing] Ebola and other pandemics.”. The rapid antibody testing kits help examine whether a person has developed antibodies in his or her blood stream to fight the Covid-19, which indicates whether a person has been exposed to or has the coronavirus. The results of these tests take around 15 minutes. Doctors and healthcare workers can then determine the number of people who could be infected in a population sample. So far, India has relied on the definitive RT-PCR, or reverse transcription polymerase chain reaction tests, which involve taking a throat swab. India is in the middle of a lockdown, first announced on 24 March for 21 days, which was subsequently extended by another 19 days last week and is set to end on 3 May. The go-ahead to the Hong Kong company comes as India scours the world for testing kits, ventilators and personal protection equipment (PPEs) in its battle to keep the covid-19 pandemic at bay. India’s foreign ministry and Indian missions abroad have been tasked with ensuring that India has the requisite numbers of testing kits, ventilators and PPEs to stave off the challenge posed by the pandemic that has infected 2.345 million people across the world and claimed more than 161,000 lives since it surfaced in China in December. “Nearly 300,000 Rapid Antibody Tests have just been airlifted by @airindiain from #Guangzhou. Supplies are headed to Rajasthan and Tamil Nadu. Great work on ground by our team at @cgiguangzhou," said a Twitter post by Indian ambassador to China, Vikram Misri, on Sunday. This is in addition to some 550,000 rapid anti-body testing kits that India imported from China last week. The company cautions that their rapid test kit results should not be used as the sole basis for diagnosis or for confirmatory testing. The results need to be interpreted together with clinical examination and confirmed with supplemental testing. The Medakit rapid test checks the blood for antibodies and can identify who was previously infected and may have already developed immunity to the virus. To date, 2.5 million people worldwide have been infected by COVID-19, and 170,000 have died from the epidemic. The first batch of test kits are “on the plane from China to France as we speak,” says Samuel Grunwald.

How much does it costs ?

Medakit sells the Covid-19 Rapid Test Kit online for the price of 29.9€, and they have preferential pricing for Governments and Health Agencies. A PCR test for covid-19 can cost up to 180$..

Medakit aims to bring testing to everyone’s home. Medakit’s CEO Mike Touzard said “All the expert agrees, mass testing is the solution to stop this epidemic. We all need to get tested now. I urge world’s leaders to take immediate actions to stop spreading and re-start our world’s economy”.

Medakit is also running donations campaigns by offering free testing booth around the world. They’ve started a donation and sensibilization campaign by offering 5000 tests to the population in Brussels, the capital of the European Union.

How important are those tests ?

Dr Arvind Kumar, noted lung surgeon at the Sir Ganga Ram Hospital, said the key to fighting the COVID-19 battle is "testing, testing and testing" and then "quarantining and treating". "The more number of people we screen, the greater our chance of winning this fight against COVID-19. The number of tests have to be significantly increased," he said. In Delhi, which has seen 1561 cases and 30 deaths till April 14, over 16,000 samples been tested till that period.

What is the current status of availability of Medakit test kits?

Medakit has a daily capacity production of 500,000 tests a day. They’re already supplying many European Countries and are quickly expending in Asia.

They also have expansion plans in Europe and in India.

Medakit Covid-19 Rapid test will hopefully be available soon in every hospital and medical center in India. Meanwhile, all professional can get one on Medakit’s website.