If Zuckerberg and Nakamoto made a messenger 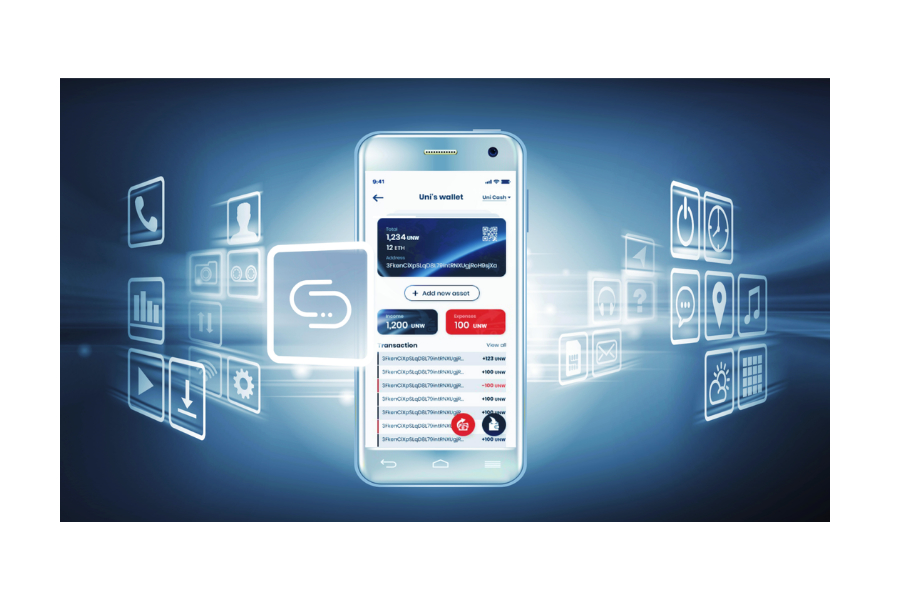 UniWorld.io (not to be confused with the cruise ship company Uniworld) is the Singapore-based software developer behind UniMe, one of the world’s most secure messengers. Telegram tries to become to security WhatsApp was very budget friendly  for cross-border communication.  After a critical bug cost Telegram $100,000 and bots started spreading malware, the development team behind UniWorld.io decided to roll out its own adoption of state-of-the-art secure messaging even the government can’t interfere with. “It’s the safe - until it isn’t” Kaizen Uni employs a Japanese mindset. It builds its ecosystem - with Society 5.0 in mind - by continuously improving all functions and involving all employees from the CEO to the intern. The creators are the developers, the voting nodes, the executives and the community. Much like a presidency and fitting for a decentralized organization, Uni also votes on what funds are supposed to be spent on, who should be the CEO per 4-year term and so on. Why Data AND Features Matter In contrast to Telegram or WhatsApp, UniMe features easy to set up no-code chatbots and a digital wallet. The chatbots, though easy to set up, are powered by sophisticated AI. AI doesn’t just need high volumes but also qualitative good data. Without filtering, AI is as biased and flawed as the data it’s fed with. In simple terms, The more good data AI can work with, the better. A quick Google search on Donald Trump shows the bias in e.g. the news. Like him or not, the general sentiment is arguably negative. The data on the internet - and its daily growth - are enormous. Difficult issues such as child pornography demand a certain degree of censorship. Without question a good kind of moderation, but still technically censorship. Privacy is an age-old debate. “Where would you draw the line?” asks Stuart A. Thompson in his headline in the New York Times. For messenger services like Telegram and UniMe, being a faster and more secure alternative was a simple quest for safety.  IT ecosystem Much like blockchain, the word ecosystem became a buzzword. “A network of organizations that drives the creation and delivery of information technology products and services” Uni took it to heart. Native blockchain, social, bots and many products & services that all complement each other. Technology is combined. The blockchain verifies data of any kind, UniBots semi- and fully automated many processes and sophisticated smart contracts enable full compliance with the law without compromising too much. Keyword synergy. Society 5.0 Japan makes no secret that it embraces technology with open arms. This includes critically discussed AI and IoT tech often under scrutiny for both ethical and overall concerns. Events like the G20 summit, billions in investments, and huge market growth predictions show the resolve is set to not shy away from going all-in on tech. This is the kind of environment Uni was born in- and for.  Children of War In the decipher arms race in 1940, having superior cryptography meant to save the life of millions. The enemy couldn't read your movements while you could read theirs. Similar to how the internet was an invention of conflict, so were the fundamental parts that would later be assembled to create the blockchain. A quick, practical recap on Blockchain: 1991 First Blockchain, Stuart Haber and Scott Stornetta 2008 Bitcoin white paper, Satoshi Nakamoto  2010 First Bitcoin purchase, Laszlo Hanyecz 2013 Ethereum, Blockchain 2.0, Vitalik Buterin 2017 Blockchain hype peak, Ruja Ignatova 2020 Multi-chains, Daika Ginza 2020+ Ethereum 2.0, Vitalik Buterin One For All, All for One With headquarters in Japan and Singaporean incorporation, Uni is both transparent and compliant. Developing fast and properly. With its interoperability and decentralization policies, it aims to unite and accelerate blockchain adoption faster than could be done in relative isolation. Aside from its voice and video features, it also features chatbots - you can create your own bots or use existing ones. On top of that, UM comes with a digital wallet for crypto payments and just like Telegram, is available for free. UniMe is part of the UW Ecosystem featuring the world’s fastest Blockchain platform and uses TextSecure protocols also known as Signal consisting of key exchanges, asymmetric ratchets, and a variety of leveled mechanisms. You can download UniMe for free on Google Play or here where new registrants are given  0.5 UNW for testing purposes. The iOS version will be released in September. Blockchain 2030 The hype has gone silent. Fake news has become scarcer, but so have progress updates. Development seems stagnant - or does it? Computers have already been around for hundreds, possibly thousands of years, but only after the introduction of the mouse and a visual interface did they really take off. No more cryptic commands only techies understood. Everyone can use them now.  Blockchain is no different and though silently, improves so fast, early blockchains seem to move in slow motion and riddled with flaws. With the likes of Google and Nasdaq in on the action, it’s clear that BC is here to stay. Who will come out on top is not a secret. Either it’s a FAANG, or a soon-to-be-acquired by the Faangs. Or a DAO like Uni and democracy prevails - time will tell. Disclaimer: The views, suggestions and opinions expressed here are the sole responsibility of the experts. No Forbes India journalist was involved in the writing and production of this article.