Abhinav is dedicated to his passion- the arts. He is tireless, and unstoppable 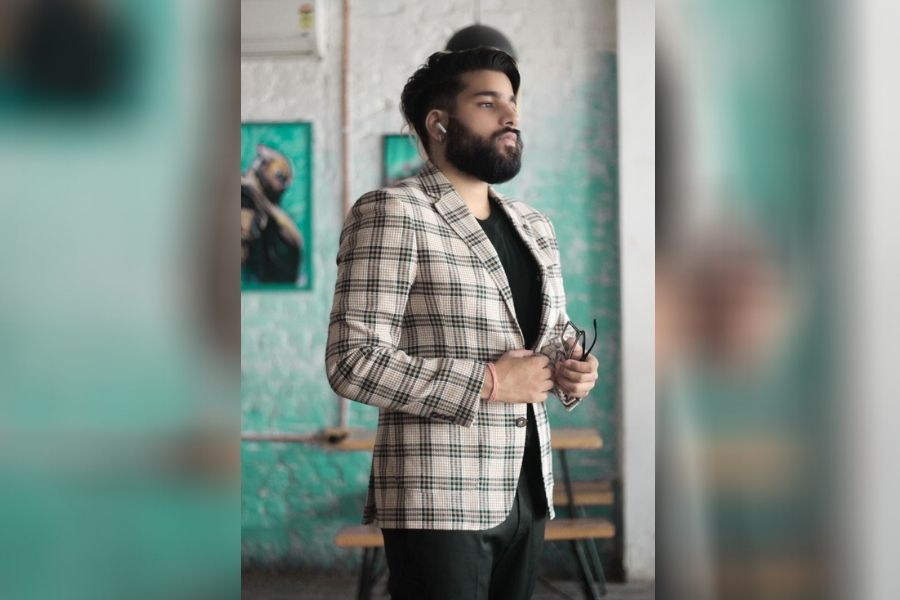 Abhinav Bhardwaj is not your average 25-year old. He is a fashion blogger and a digital content creator. Yes, till now it sounds conventional but the way he charted his life is anything but that. It is believed that people often follow their inspiration. People get inspired by celebs, religious figures, and even family members, but Abhinav took inspiration from someone who is arguably one of the most hated characters of the Hindu mythology- the Ravana. Ravana, according to him, is much more than the one evil deed that he committed. He is beyond the binaries of good and evil Ravana is a great thinker of his times, a connoisseur of Arts and a well-known King who provided for an entire kingdom in prosperity and hardships. He completed his degree in VFX and Animation from Mahatma Gandhi University, and after that he has turned his admiration for Ravana into his daily dose of inspiration.  Abhinav grew up in Ghaziabad, and he started his career in art and designing at the age of 20. He believes that good designs capture the imagination of people and help you put forward your ideas in a clear and effortless manner. He is of the opinion that creative designs, even on social media, can alter the way people think. Hence, on his social media posts, he constantly posts simple minimal designs that have some sort of Indianness to it. During the entire lockdown, Abhinav has posted numerous designs on his Instagram handles, all related to the trending topics in India and motivating people to stay home but stay inspired. As a result, it has got people engaging to his posts and stories. He has earned about 20,000 followers on his page @ravanabhinav. The tone that he follows is earthy and quite relatable. Each of his designs have a tinge of Indianness to them, they are either inspired by the Indian landscape or Indian art and culture.  Because of his creatives, he has been able to grab designing projects with some popular brands such as Apple, Paytm, The Cricket Lounge, The Funniest Indian, The Confused Indian, and many more. He has also been designing creatives for the Indian Political Party AAP, and a lot of popular fashion icons on Instagram. Abhinav has an eye for creativity. He not only has stellar designing skills but also exhibits an impeccable fashion sense, which has earned him an excellent following on social media. Many youngsters follow him for his unique style statement. He mixes vibrant colors to turn the usual, casual attires into an unusual affair. His dressing sense is unique, colorful, and chic at the same time. This has fetched him various fashion deals from popular brands. Abhinav is dedicated to his passion- the arts. He is tireless, and unstoppable, and he has carved out a meaningful and fulfilling life for himself through his passion. He remains an inspiration to all the budding artists and designers, and also the entrepreneurs, who want to be known for their unique contribution to the world. Check out his website to know more about Abhinav Bhardwaj: http://www.ravanabhinav.com/ Disclaimer: The views, suggestions and opinions expressed here are the sole responsibility of the experts. No Forbes India journalist was involved in the writing and production of this article.

Tweets by @forbes_india
Despite modest market, India may emerge a strategic bright spot for Apple
US Elections 2020: How Americans voted so far