An alumnus of NITIE, Mumbai, Amit Sharma is the Cofounder of Trinamix Inc., a global leader in strategy, consulting, digital technology, and operations within the global supply chain transformation domain 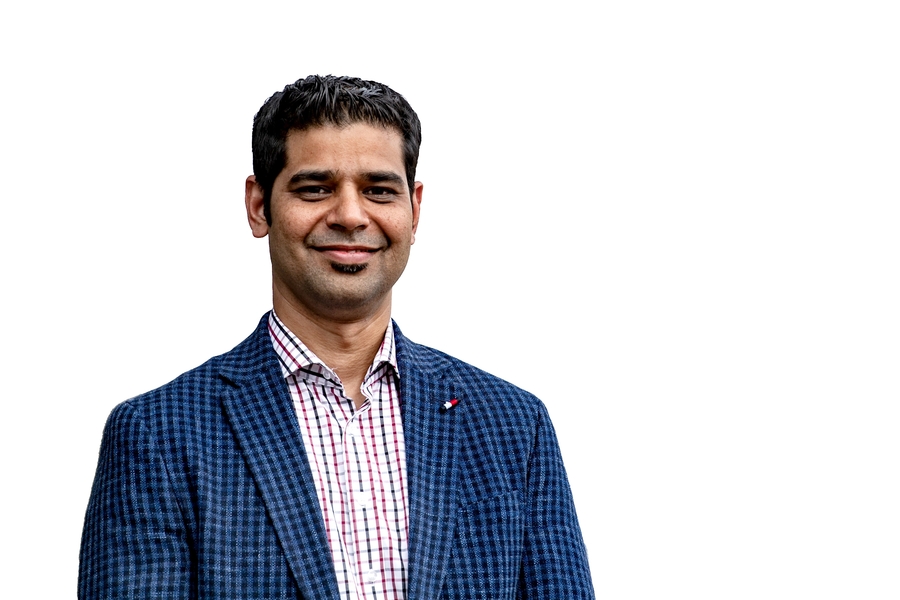 Amit graduated from Indore and completed his post-graduation from NITIE, Mumbai, which is a prestigious educational institution in the area of Supply Chain, founded by the International Labor Organization (ILO). During his study, he and his colleagues founded Lakshya - On the Job Achievers Contest for achieving outstanding work in the area of the supply chain. It is now India's most prominent on-the-job competition of its kind under the chairmanship of Anand Mahindra. Amit is one of the leading practitioners of progressive supply chain transformation in the world. He has demonstrated experience in expanding operations to include solutions for complex supply chain problems globally. Even before he founded Trinamix along with his fellow co-founders, Amit proved himself to be an entrepreneur at heart. He established his first company when he was graduating from NITIE, Mumbai. He created a portal that allowed freelancers to earn money solving "day-in-the-life" problems. The project picked up well before it became an unfortunate victim of the 2000 dot-com burst. “The failure of my first venture taught me several lessons that have helped me throughout my career. In fact, it was a blessing in disguise as today I understand that I was destined for bigger things in life and that one failure was to be my catalyst,” says Amit. Not one to be deterred by a short lived first business, Amit played a critical role in another startup called eZdia, which allowed freelancers to promote themselves and as a result, be hired to perform independent remote assignments. eZdia gained a lot of attention and a significant number of users. Soon, the platform was more or less running on auto-pilot. “After the earlier debacle, the success of this venture helped me a lot in regaining my confidence.  It was also immensely satisfying to see our crowdsourcing based solution helping tens of thousands of freelancers from countries like India, Bangladesh, Srilanka, etc., to showcase their skills and pick up assignments online. At the same time we were also helping a lot of small to medium sized businesses in the developing countries to get quality services at much affordable cost from quality freelancers through our platform,” elaborates Amit. Soon Amit ventured into co-founding Trinamix, an opportunity that saw Amit working closely with recognizable companies such as Facebook, Cisco, AT&T, Sony and Logitech, to bring excellence to their supply chain and reduce costs by millions of dollars while at the same time establishing overall efficiency in the business process. It is due to the significant contribution of the co-founders that has enabled Trinamix to evolve into a top-tier leader in implementing End to End Supply Chain, Supply Chain Planning, and Industry 4.0 Solutions. In partnership with Oracle, Trinamix has committed to delivering it's customer's future-ready supply chain management solutions. “Trinamix was born as a humble, yet determined Partner with a goal of improving supply chain efficacy in the marketplace. Soon, Trinamix emerged as the number one partner in the area of Supply Chain in North America due to our dedication, hard work and passion. Gartner recognizes Trinamix as a top supply chain implementation partner, which we feel is a testament to the hard work the team has put in over the years,” says Amit, with obvious pride in his voice. Trinamix is also known as one of the premier implementation specialists for Oracle Cloud Applications with a global presence. It is known for its unique approach to implementation, which incorporates best practices for processes and technology together. Today, Tirnamix is a global company that operates in multiple countries, including the US, Japan, Australia, Dubai, Canada, and India. Prior to founding Trinamix, Amit was the Director of Global Consulting for Triniti Corporation. He helped the firm through a nine-year period as a successful start-up by leading several global Oracle implementations. He was responsible for building and managing their Oracle applications practice that included the US, Japan, and India consulting services groups. While with Triniti, Amit spent quite a few years of his life in Japan working with Sony Semiconductors where he helped perfect their systems along with manufacturing processes. He also helped build several creative solutions that enabled Sony to increase business process efficiency and drive profitability. While on this long term assignment, Amit was deeply inspired by Japanese culture and their attention to detail. “I learnt the significant role that meticulous planning plays in the success of any venture. It has a huge impact on expedited execution and helps build fail-proof systems. The importance of pictorial and structured communication that the Japanese are renowned for, are now imbibed in my work ethic forever,” concludes Amit. Disclaimer: The views, suggestions and opinions expressed here are the sole responsibility of the experts. No Forbes India journalist was involved in the writing and production of this article.