Among those reopening are smartphone makers including the Chinese Xiaomi, Korea's Samsung Electronics and India's Lava International 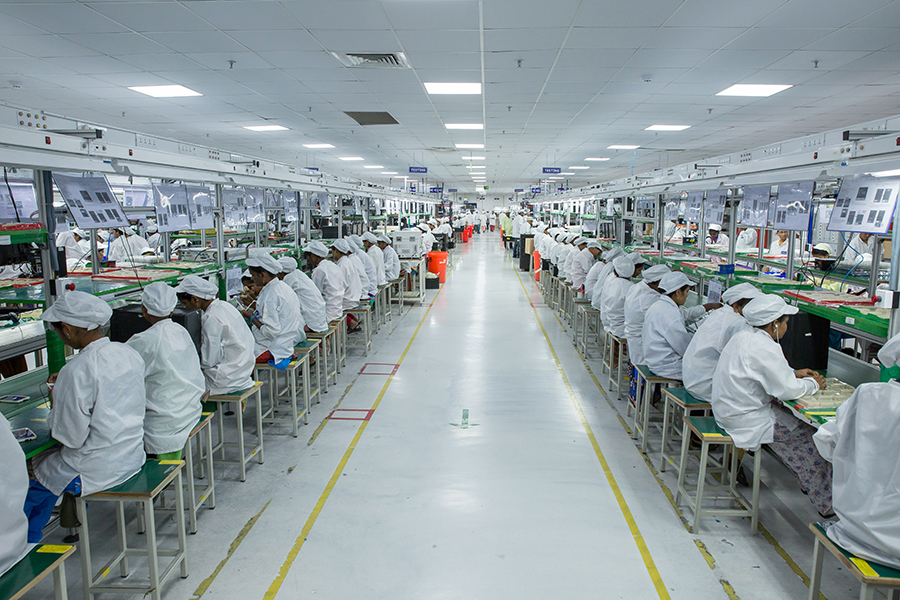 FILE PHOTO: Xiaomi’s Foxconn factory in the Chittoor district of Andhra Pradesh, taken in March 2017.
Courtesy: Xiaomi
A handful of manufacturers and retailers in India are partially restarting their operations as India begins to relax its nationwide lockdown, imposed from March 24 to combat the spread of the Covid-19 pandemic.

Since the second half of April, relaxations have been kicking in from both central and state governments in certain zones, allowing retail stores to open and factories to operate in areas with zero or very few cases of coronavirus reported.

Typically, the relaxation of curbs is in areas that are termed orange or green zones, which make up over 80 percent of the country’s 733 districts; whereas red zones are areas with high instances of infection prevalent.

“We expect to see a huge demand for dishwashers among affluent consumers. While we are resuming our operations, the safety and health of our customers and store consultants continue to be top priority for us,” Neeraj Bahl, MD and CEO, BSH Home Appliances, a unit of Bosch, said in the press release.

Hand sanitiser use is mandatory for customers and sales consultants at entry and exit. In line with the social distancing guidelines, the stores are allowing customers on appointment basis and ensuring that walk-in customers maintain 1.5 meters between them. Customer services for installations and complaint management have also resumed.

In Bengaluru, MicroSun Solar, a solar photo-voltaic module manufacturing company, resumed operations from May 4, the company said in a press release, complying with safety guidelines issued by the central and state governments, and local administration. The PV module maker is starting production in line with the guidelines from India’s Ministry of Home Affairs to ensure it is providing a safe working environment to its employees, even as it prepares for the requisites of full-scale production in the near future.

The wearing of masks is mandatory for everyone, body temperature of every individual is monitored twice a day and anyone showing signs of sickness is prohibited from entering the manufacturing facility, MicroSun said in its release.

Vivo, the second largest smartphone vendor in India, will resume production at 30 percent capacity—or about 3,000 employees—according to Tech Crunch. Similarly, Oppo, at its Greater Noida facility, will have 3,000 employees working in rotation.

Samsung has started “limited operations, which will be scaled up over a period of time,” Tech Crunch cited a company spokesperson as saying. “Employee safety and well-being remaining our absolute priority, we have ensured that all hygiene and social distancing measures are maintained at the premises, as per government guidelines,” the spokesperson added.

Lava, an Indian mobile phone company, has resumed production at its manufacturing facility in Noida. The company has started operating with 20 percent of its production capacity, after receiving an approval from the state authorities—600 of its 3,500 employees have resumed work.

The company has arranged special buses for employee transportation. It is also conducting regular health checks and fumigation and sanitisation on campus.

“We welcome the government’s move to permit mobile phone companies to resume operations. Though we might face some challenge due to the delayed availability of manpower and materials, we have sufficient inventory to maintain the pace of our production for the initial period,” Sanjeev Agarwal, chief manufacturing officer of Lava, said in a statement.

Agarwal added: “We are also expecting our components partners to open their factories soon. Meanwhile, we have accelerated our efforts towards the localisation of components to reduce our dependence on other countries.”