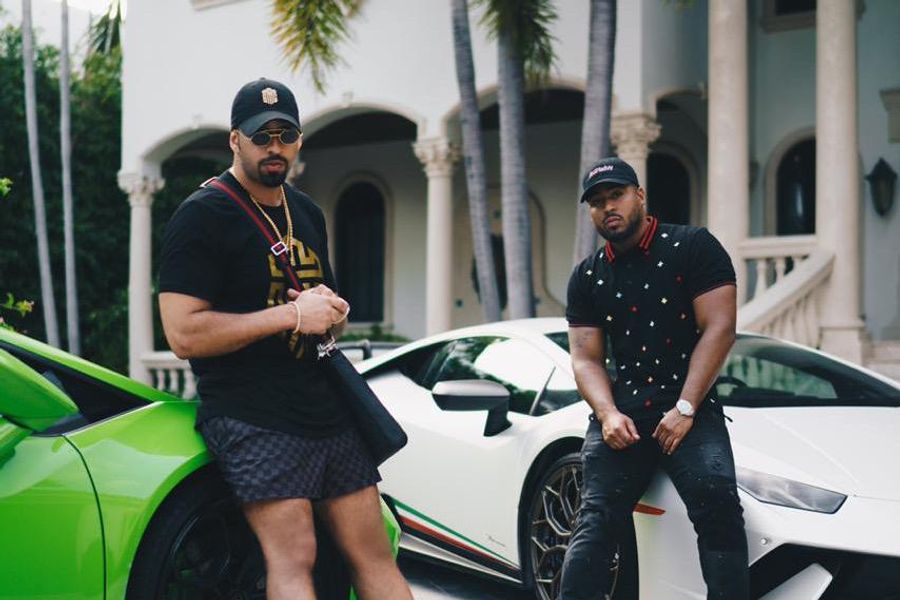 “Music, my friend, is the thing that can bind together not just people, but minds, hearts and souls. That is the power it has.”- Jonny Sierra.

There are many names synonymous to the culture of popular and meaningful music, especially for the type of music that youth relate to. However, two names that stand out amongst all of them right now are Hassan Al Omari aka L’Omari and his business partner Jonathan Poyser aka Jonny Sierra. They both recognize that music is something more than just beats and notes; it creates magic, touches the inner being and stirs the heartstrings. And when you have artists like L’Omari & Jonny Sierra playing into your eardrums, you can only expect the best.

They are changing the game with the launch of Bidwin Music Group to encourage more and more youngsters.

These two young disruptors launched their music label, Bidwin Music Group (BMG), through the “Qatar Music Foundation” in 2016. However, it is a platform that cannot just be considered a record label, but an essential aspect of the path towards innovation and success. Both of these music maniacs have been progressive in pushing efforts towards showcasing the beauty to be found in different arts, culture and entertainment all around GCC and even the United States. They recognize that this is the true calling of their platform.

From Doha to reaching the world through their innovations in music, the journey has been one great 'musical' ride for these innovative trailblazers.

L’omari hails from Doha, Qatar and was raised in Toronto, Canada. During his teens, he realised his passion for writing lyrics and even started learning instruments from a very early age. Today, L’Omari has made a name for himself in the music industry by being an artist, songwriter and an influencer all in one, consistently providing exceptional chartbusters to the people of the Middle East. With regards to his co-owned music company, BMG, ran alongside his partner, Jonny Sierra, L’Omari believes that it was their common vision and goals that made BMG a reality. Currently, their company is collaborating with some of the biggest and best talent around and is looking forward to working with others in order to take BMG to a much higher level.

As the benefactors of change, they have endorsed several noble initiatives.

Looking at the success and fame L’Omari has received from fans due to his outstanding creation in music, the team went ahead and introduced BMG in the United States. After the launch, they were able to expand the company, and furthermore they decided to use the revenue they received in return for their art to invest directly into multiple companies that support the development of not just arts and music, but also education and artistic culture. In addition, they are not only investing in private ventures, but also promoting human and community development around the world.

The future holds more for them. They are on the path to benefit the music culture and actually do something for the society.

The young musical lads have already set their eyes on 2021 where they are looking forward to investing in start-ups in India and further supporting their vision in order to work for the empowerment and development of youth through musical innovation. The year 2022 is going to be huge for both of them for two reasons: Firstly, they are expected to complete their investment initiatives, which also lie in agriculture, community projects and education within that set time frame - for which they strategically calculated utilizing the capital they have earned since they founded BMG. Secondly, L’Omari will be performing in front of his hometown for Qatar’s FIFA 2022 World Cup.

Making music to reach millions through their admirable work towards the art.

Expecting this to be quite metaphoric, Jonny Sierra believes that the FIFA 2022 World Cup will be their premier opportunity to bridge gaps and connect the world. L’Omari shares this same belief, as they both started their career in the music industry as children in different parts of the world, L’Omari in Doha/Toronto and Jonny Sierra in New York City, and now they have united to make a bigger impact by bringing their strengths together and conquering the world.