Shawn Vij book teaches the need for compassion in business 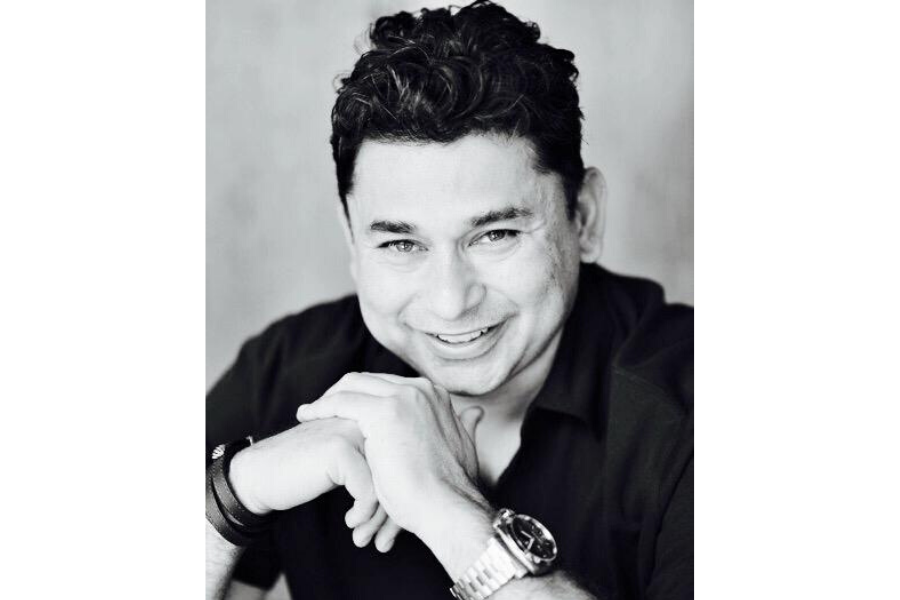 Is it possible to do business without compassion? Does a businessman necessarily have to be a cold-hearted person, devoid of human emotions? The answer is no.

Business groups like Infosys, Wipro and the Tata group have taught us that compassion goes hand in hand with doing business. Some people call it ‘Conscious Capitalism’ and that is what is driving the business world these days, which is what Global business leader, Shawn Vij, would have us believe. In fact, he goes on to explain this phenomenon in detail in his new book, ‘Moral Fiber – A Practical Guide to Living Our Values.’ The book, brought out by Wiley Publishing, has a Foreword by His Holiness the Dalai Lama. Quite an unusual treat for readers of a business book.

The following interview with Shawn Vij will explain to you perfectly that his observations aren’t very different from the teachings of His Holiness the Dalai Lama. You can bring a huge change in your life’s purpose by listening to both.

Interviewer: Thank you Shawn, for taking out time for this interview. First of all, tell us what inspired you to write this book?

Vij: It was after a meeting with Dalai Lama, I became aware of the fact that we are all suffering personally and professionally. As per a Gallup survey, there are more than 85% of workers all over the world, who admit to ‘hating’ their jobs.  This attitude results into a dramatic impact on the workers’ health, productivity & corporate profits.  We all have worked under a horrible boss or senior, at one point or another in time. We all have also faced a toxic environment, where deception, detraction, discrimination and doubt prevail around us. What is sad is that many companies have accepted this kind of behavior as a norm. So, what makes us put up with all this? Or, more importantly, how can one change the situation?

It is fear, which forces us to put up with this. Whether it is the fear of unknown consequences or that of losing our jobs, this fear of not being good enough, of being unable to support our families, can cripple us for good. When we face the fear, instead of giving into it, we realise that we lack the most important thing, faith in ourselves to succeed. I would advise workers to embrace that fear and test our core values against it daily. If we own the vulnerability to be true to our values, it would give us courage to stand against any adverse situation. We need to affirm to ourselves that our workplace need not be toxic at all. We all face choices in our lives, at one point or another. What we do with those choices, whether we choose to be silent, take a stand or leave, determines the outcome for us. Speaking about myself, I’ve acted on values like compassion, integrity and respect in my corporate career, which has not only improved my corporate life immensely, but has also made me healthier, happier, with more productivity at my disposal. That inspired me and I realised that if I could change my life with these values, then, for sure, other men and women could transform their lives too!

Interviewer: What do you mean by Conscious Capitalism? Why are companies moving in this direction?

Vij: I once had a deep conversation with John Mackey, Co-Founder and CEO of Whole Foods, and also one of the leading lights of this movement. That conversation helped me understand that instead of focusing on just the shareholders, companies should practice Conscious Capitalism and work for the benefit of all major stakeholders, including customers, employees, investors, communities, supplies &, the environment. With the Millennial population on the rise throughout the world, their choice of products and services is guiding the companies’ success. The Millennials are serious about the role they play for the environment and, therefore, they deal with companies that make a positive impact to the community. Generally as well, people want to buy from companies that own a “Moral purpose grounded in human values.” Therefore, the onus is on the corporations to understand this message and adapt to it for their long-term survival. A prime example of this attitude would be the Tata Group, whose founder, Jamsetji Tata, was way ahead of his time and said, “ In a free enterprise, the community is not just another stakeholder in the business but in fact the very purpose of its existence.” When I say “conscious business”, it doesn’t mean just philanthropy, charity or corporate social responsibility but rather about always doing the right thing.  Each of us has a responsibility and living our values daily will raise the overall human condition.

Interviewer: Having spent a long time in the Corporate Sector, do you think corporations are bereft of their souls?

Vij: I am a staunch believer in people being the soul of a company. Their values define the company’s values. And if these employees have surrendered to excessive greed, anger or ignorance, then yes, a company has no soul left. I call this engaging in four diseases or 4Ds -

Deception is the act of deceiving; making someone believe something that is not true.

Detraction is the act of disparaging; belittling the reputation or worth of a person.

Discrimination is the practice of unfairly treating a person or group of people.

Doubt is a feeling of uncertainty or lack of conviction. When people or employees choose to get influenced from the three poisons – anger, greed & ignorance – they become victims to the four behavioral diseases and that, in turn, manifests on to the rest of the office. Instead of the companies, it is the people who make up those companies, who need to change at an individual level. By people, I mean anybody from the leaders, managers and staff to the others in positions of power. This change requires courage. Courage of being fearless in the face of colleagues who have acted wrongly. The employees need to act in a respectful, balanced and timely way in giving their feedback. Staying calm always is the key.
Interviewer: What would be your advice for a young man or woman stepping into the business world? Vij: The Dalai Lama once told me, “Your enemy is your greatest teacher.” With the passage of time, I realised that I was my own enemy. I say so because I had encased myself with good education, good job and good home, believed these would bring purpose & happiness in life. I had become so obsessed with attaining these things, that I showed utter disregard to the means of achievement. Using anger, greed & ignorance to attain the finer things in life results in us losing a bit of ourselves in the process. This has resulted in many corporations and business groups losing themselves similarly. These organisations have lost themselves in this cut-throat competition, which normalises toxic behaviors. This process has a name as well – “Ethical fading or Psychic numbing.” However, it was again the Dalai Lama who told me that I am my own master. He taught me that every one of us has the power to choose, which we must keep in mind always. Besides, we must also learn to untangle ourselves from the toxic behavior, and be true to ourselves. I am happy that a profound ‘conscious’ movement is already happening today among the younger generation. Shawn Vij is an accomplished business leader who has over 25 years of Industry and Consulting experience. He has worked in various leadership positions for Ford Motor Company, Ernst & Young, VISA, Deloitte Consulting, Microsoft, and Intel Corporation. He holds an MBA from Purdue University, an MS in Engineering from the University of Michigan and a BS in Mechanical Engineering from Michigan Technological University. Shawn was raised in the US Midwest and now resides in the Pacific Northwest. His new book is Moral Fiber – A Practical Guide to Living Our Values. Disclaimer: The views, suggestions and opinions expressed here are the sole responsibility of the experts. No Forbes India journalist was involved in the writing and production of this article.