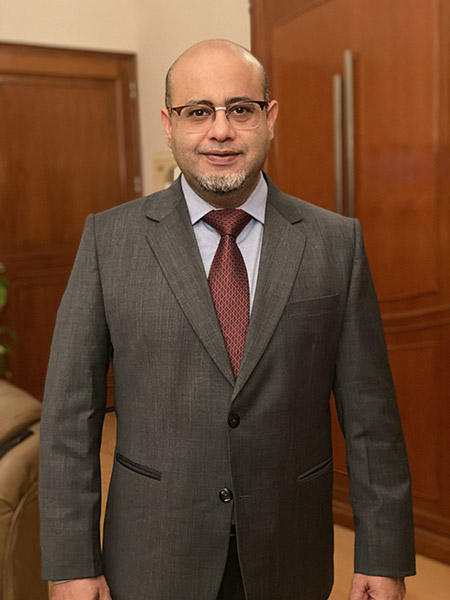 Prashant Solomon doesn’t believe in a dichromatic view of life. The treasurer of builders’ apex body Confederation of Real Estate Developers' Associations of India (Credai), says that an image has been created of the developer as a thief. “And there is another image that all homebuyers are honest,” says Solomon, who is also the managing director of Delhi-based real estate firm Chintels Group. “This is equally problematic,” he says. “The reality is that there is no extreme. Neither is the developer a crook, nor is the homebuyer a saint.”

No genuine company, Solomon reckons, does not want to deliver a project. Anybody selling an apartment will benefit only when they deliver the project. Edited excerpts from an interview with Forbes India:

Q. Nearly 4.54 lakh units are running behind their completion dates, 115 real estate insolvency cases have been filed as of September 2019. The government recently announced a Rs 25,000-crore stimulus package to kick-start the sector. How do you see this stimulus?
The government fund injection is more like a booster, to get the industry out of the ICU (Intensive care unit). This is a step in the right direction, but at the end of the day, it’s just a short-term solution. Historically, real estate has always grappled with liquidity issues. Banks are hesitant to give money. And even those who lend, do so at very high rates. In that case, one is left with broadly two sources of money: own funding, or loan from bank or NBFC. Now with the NBFC crisis, the situation has become worse.

The solution has to be found after consulting all the parties: Funding agencies, government, developers, even some homebuyers. Having said all that, whichever party is at fault in the situation should be punished, be it the developer or the homeowner. If the delay is because of the government, it should also be held accountable.

Q. Why do you think real estate has always faced credibility issues?
It's a sad thing. People say that if a project is delayed, the developer has to be blamed. But is the developer the only one to be blamed? That's the question. I'll give you one example. Under RERA, the government authority is not included. Let's say I am building an apartment or complex and I get my licence. So I tell my customers that the apartments will be ready in three years, but I do not get environment clearance for one and a half years, which means I can’t start constructing. So now is developer to be blamed?

Q. So do you want less regulation or more?
We want and welcome regulation, because it is the first step towards real estate being recognised as an industry. However, for it to be effective, it has to be looked at holistically. You can’t paint only developers as the villain.

Over the last 10 years, we have been pleading for industry status. In terms of providing jobs--directly and indirectly—real estate employs second highest number of people behind agriculture. There are an estimated 257-odd ancillary industries that survive entirely on real estate.

Q. But what about cases where the developer is squarely responsible for delays?
In such cases, they must definitely be taken to task. We need to understand that the real estate industry is much wider than a few big names; we need to look beyond them and try to prevent crises. How do we do that? One of the ways is to make funding easier for developers. I fail to understand one simple thing: Land is the only collateral and it is safe—can anybody run away with land? Then why is it so difficult to get loans against land?

Q. Do you think we need higher entry barriers?
A good thing that has happened because of RERA, demonetisation and GST is that anybody with dubious intentions will not enter into the sector. Everything has to be in black and white. Under RERA, the money that I get by selling goes into an escrow account, and I am allowed to withdraw only 30 percent of it. The rest has to be used in the project. So, whoever has bad intentions or does not have the capacity to complete a project, will think at least 10 times before entering this industry. Another major issue happening now is that NCLT (National Company Law Tribunal) problem is being misused.

Q. How is the NCLT being misused?
NCLT is now being misused by some investors who want their money back. They are saying they will go to NCLT to get back their investment. Investors who want an exit can sell the project in the market rather than asking developers to return the money. If I buy shares of a company and then the shares tumble, why would company return my money? Either I wait till the shares go up, or I sell it at a loss. So, why do we expect something different from real estate? I agree that troublemakers and cheaters need to be brought to task, but one has to be fair too.