Shivani Jain: A fashion designer who depicts elegance through her designs

Shivani Jain is a designer and entrepreneur, having a label by the name of Tisharth by Shivani 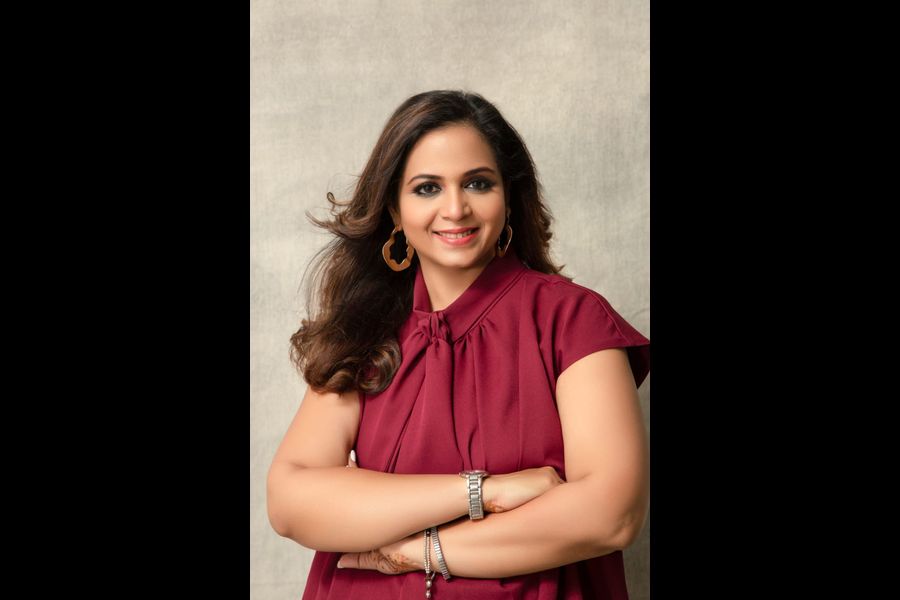 Shivani Jain is a designer and entrepreneur, having a label by the name of Tisharth by Shivani, which is well known for its edgy and modern women clothing. Shivani Jain started designing when she was 15 by transforming her mother’s sarees into dresses and Indian attires. She had great sense of creativity and color aesthetics from a very early age, she would take up all creative assignments at school. She was happiest helping people backstage during dress rehersals by fixing their costumes and styling them and that’s when she discovered her passion was to design and create garments so she decided to take up designing professionally. At 19 after finishing her 2 years design course she launched her Label. After seven years of running successful business, she took a sabbatical to start a family and then relaunched her label in 2015. With the vision of bridging the gap between prêt, high-end, chic clothing and affordability, she was inspired to bring Tisharth to the Indian market. Women in India generally used to shop fashionable clothes from international markets. Shivani provided that international fashion to women in India. There were very few Indian brands that made western clothing in India, so her designs were welcomed in the Indian market and she created a niche for her label in no time. Shivani Jain’s futuristic designs with feminine frames really speak to the modern woman. The entire concept of Tisharth – a brand that was created out of sheer passion and love for clothing is based around incorporating style with current trends. The subtle nuances that characterize a Tisharth garment are the focus on their very internationally inspired silhouettes. In a very short span of time since its inception Shivani made her label globally recognizable, participating in New York Fashion Week. Her collection ‘Circle of Life’, that saw its dazzling debut at Paris Fashion Week was crafted by using even the tiniest bits of scraps and garments that constitute ‘waste’. A prêt clothing brand launched only in 2015 has seen a powerful growth in its short existence. From working amongst Indian clothing brands to being showcased at Paris Fashion Week, Tisharth has seen hangers and racks from all over the world. The brand’s worldwide recognition is owed to its international silhouettes, which Shivani says is the USP of her products. Along with their internationally inspired silhouettes, Her designs are very feminine and fluid, making comfort and affordability its core aspects. The brand’s aim and mission is to provide women with sharp and edgy designs, the kind of clothing that truly captures the essence of its wearer. This brand, relatively new and quite favored by the industry, has also attracted a wide international consumer because of its domination of virtual media space through platforms like Instagram and Facebook. Featured among influential names in fashion journalism, Tisharth has been featured in magazines like Vogue, Harper’s Bazaar, Cosmopolitan, and Elegant to name a few. The label has dressed many Bollywood stars including Dia Mirza, Taapsee Pannu, Huma Qureshi, Sanya Malhotra Masaba Gupta and Shriya Gopilkar, to name a few. Tisharth by Shivani have just gone online as they launched their exclusive website last month as online shopping is going to be the future of shopping amidst current circumstances. You can shop directly at tisharthbyshivani.com Shivani is a perfect example of where there is a will there is a way. There is no time limit to fulfill your dreams. She believes that if you do something with your heart and soul in it you can’t fail. The pages slugged ‘Brand Connect’ are equivalent to advertisements and are not written and produced by Forbes India journalists.