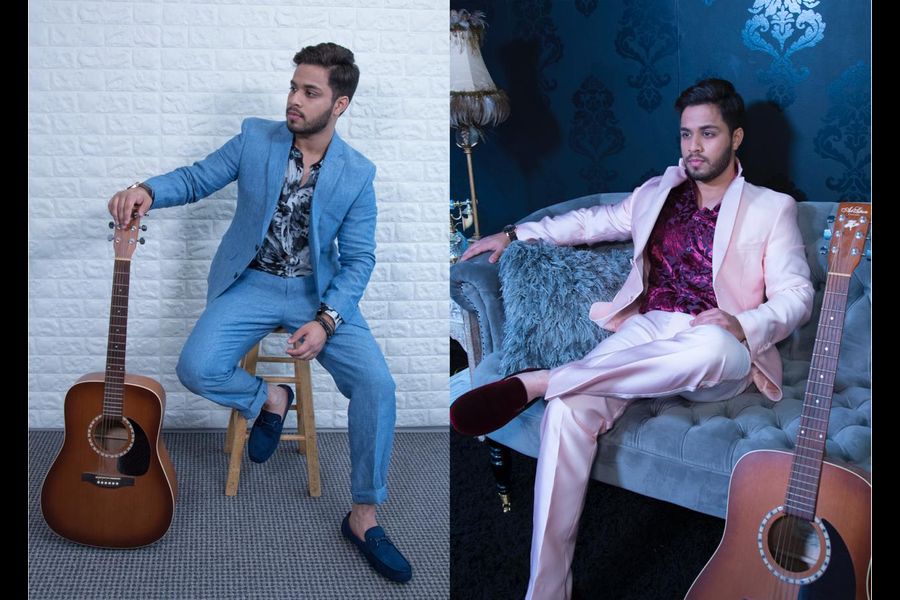 The multitalented musical artist, Shahzeb Tejani has been getting recognition from around the globe for his soothing compositions, heart touching lyrics and his soulful voice. His latest single “Tum Ho” has won the hearts of millions from all around the globe and was released with One of Indias largest music labels, Zee Music Company. The song "Tum Ho" is based on the concept of unspoken emotions of true love which the guy was unable to express to the girl he adores a lot. Later he expresses those inner emotions though a song which is "Tum Ho".

Shahzeb made his debut in 2019 with the song “Apna Bana Le Na” which received one million + views on Youtube and was loved by many. His passion for music started at an early age and had self- taught himself how to play the guitar at the young age of fourteen. Music has been a large part of Shahzeb’s life and has continued to pursue his passion while attending the college of Architecture at the University of Houston, in which he will be graduating with his degree in Professional architecture in 2020.

Shahzeb was born and raised in Houston TX in the USA and was highly influenced with Bollywood music as a child. While growing up he was introduced to Bollywood legends such as Mohammed Rafi by his parents and would listen to the classics which led to his interest in that particular genre. As he grew older he started to perform in family events and later performed on stage for his university.  His passion for music started to reach beyond his city, Houston, through youtube and social media platforms such as Instagram and was noticed and launched by one of the top music labels of india, Zee Music Company.

Throughout Shahzeb’s life he has been inspired by many artists but a few artists that influenced him greatly were KK, Sonu Nigam, and Arijit Singh. While attending the college of Architecture, at the University of Houston, Shahzeb performed for his university for a few events and has always been attached to music in someway throughout his life. Regardless of his studies or work schedule, he would find time for his passion which is now Rewarding him greatly with love from his fans and well wishers world wide.

After his latest hit track “Tum Ho” Shahzeb’s fans are eagerly waiting on his next release, and he has assured them that there are many projects lined up and that they will be hearing them very soon.

His passion for music has rewarded him greatly with a large fan base which is growing larger by the day and his fans are looking forward to many more of his fresh tunes to be added to their playlist.