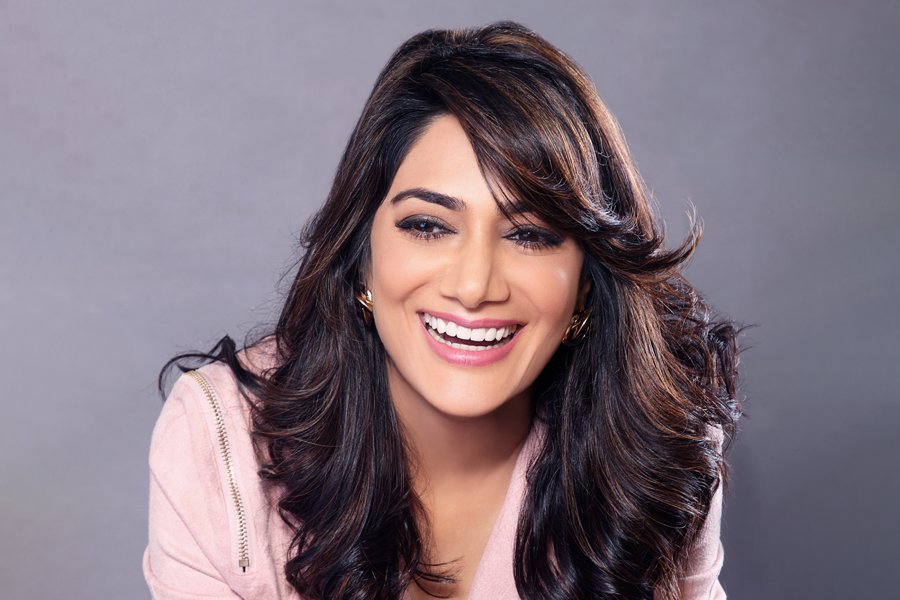 For those who believe in themselves, there are endless possibilities to explore. This is more so true for a person like Ssarita Siingh, the CEO of the Priyadarshani School, Alandi, Pune. From starting her career as an assistant teacher at an early age of just 16, to becoming CEO of her school, Ms. Ssarita Siingh has come a long way. She has literally paved the path for many to follow in her footsteps. I was born in a conservative Rajput family that has always had its own credo - there are no favours for anyone, no matter who you are, and everyone has to prove themselves. It all gets a bit tougher for the females in the family as they have to also prove that they are no less than men in any manner. I decided at an early age that being a female will be my strength and not a handicap. Since then, I have tried and always smashed any and all barriers that our chauvinistic society or traditions have tried to force upon me and I am proud of it,” says Ssarita Siingh. When Ssarita shared her desire to work with her father, Late Shri Indraman Sahadeo Singh, the erstwhile Chairman of Priyadarshani Group of Schools, she was told to first prove her mettle by working for an organisation that didn’t belong to the family. She was told in no uncertain terms that she didn’t deserve a break just because she belonged to the family. This spurred Ssarita to work hard to earn it. “My father was a man of principles. He taught us siblings that life is battle and it must be fought hard with one’s full might. Expecting favours and asking for a privilege was a big no-no. Whatever we wanted, we were supposed to earn it. It was even harder for me as some things, like working as a professional, were supposed to be off-limits for females in the family. Still I got the permission from my father and started my career,” says Ssarita. 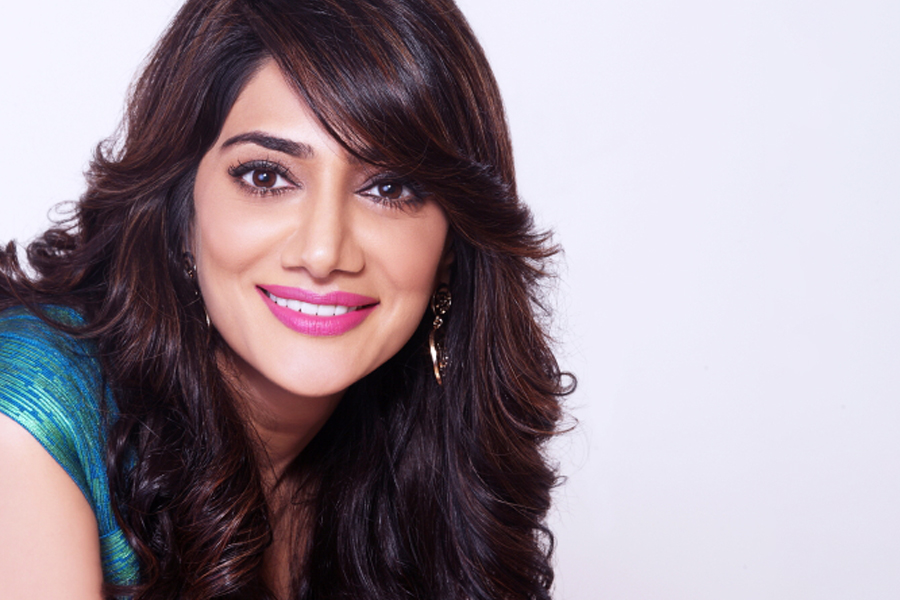 Ssarita initiated her career as an assistant teacher at a tender age of just 16 years. Being just a girl and getting out of the house to work was a big deal for her since she belonged to a conservative Rajput family. Ssarita however, was determined to prove herself. “I am a firm believer in hard work paying off for anyone who cares to put in the effort. I believe that rather than blaming circumstances or external factors for holding back or the failures, one should look inwards and expand their own capabilities. There’s no reason why a door wouldn’t open if one puts the right amount of pressure. Just keep moving towards your goal and play upon your strengths,” shares Ssarita Siingh when asked about the recipe of her success. Ssarita Siingh is the kind of person who literally walks the talk. She is a self-made woman who loves to work hard herself and expects the same from her team. For starters, while working as an assistant teacher Ssarita Siingh simultaneously pursued her studies in Behavioral Psychology. She outperformed her peers and kept moving up the ladder to become the Admin Head within 5 years of her initiating her teaching career. “I like to challenge myself. A hard to achieve goal is what motivates me. There have been times that people around, including my well wishers, would say that I don’t need to work too hard. But that’s not how I am wired. I work hard and chase every goal with dedication. I may or may not achieve my goal each and every time. That’s okay. That’s life. Not everything is in our control. But It is the quality and honesty in the effort that really counts for me, and more often than not, it works,” she elaborates further. It was during one of the toughest phases in her father’s life when despite being a daughter, Ssarita stepped up and came forward to her dad’s rescue by setting up the school at Indrayani Nagar, Pune. After having spent years in teaching, she literally took the passion for her profession to another level. 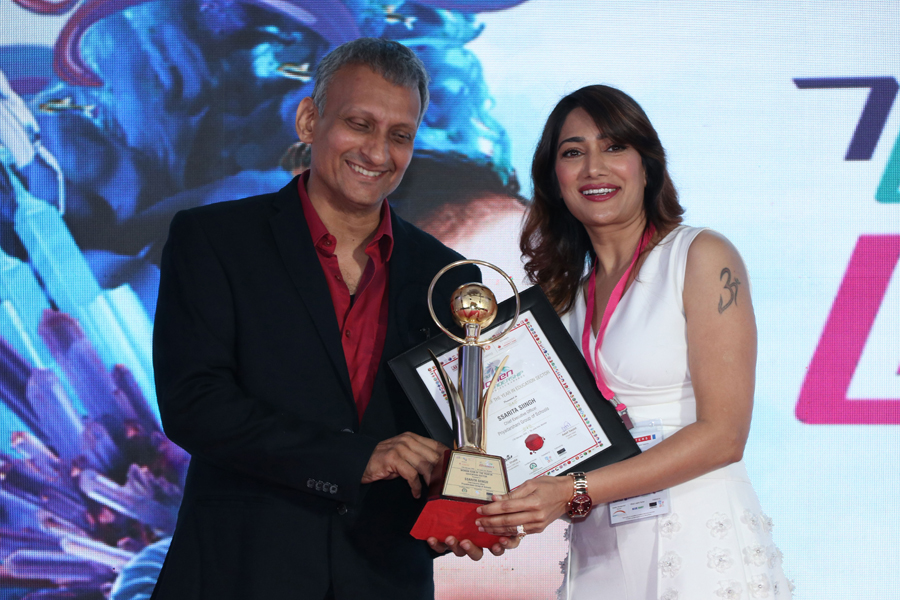 Ssarita initiated many out of the box ideas to enhance the quality and effectiveness of teaching like creative teaching aids, curriculum based workshops, workshops on soft skills, play way method of teaching, career counseling, counseling for the students with learning difficulties, and counseling for both, the teachers and parents. Ssarita Siingh is a firm believer that holistic development is necessary for students. She wants to make her students self reliant and self sufficient and therefore, she introduced martial arts in the school. This initiation by her has enabled the students to learn self-defense and respond to any emergency with clear mind and confidence. She also believes that Information technology is where the future is and has therefore, made it compulsory for the students. What makes Ssarita Siingh a unique person is her ability to multitask in several distinct roles and still deliver good performance. An example could be her involvement with Macmillan Publication as a Consultant and Creative Head while heading the school. Based on her excellent performance, she was offered to head the Indian Operations by the New York office of Macmillan. For 7 years she headed the Indian Operations and while doing that, she also conducted multiple workshops all over India and looked into publishing books for schools. During this period, she was offered the role of the Advisory Panel Member at the Central Board of Film Certification (CBFC), Mumbai. She stayed on the panel for 3 years. All this while, she also worked on the upgradation of the school at Indrayani Nagar. During her tenure at the CBFC she was approached by the renowned Indian film producer, Mr. Boney Kapoor, to work with him as an Advisor for his projects and a Consultant with Sahara One Media & Entertainment Ltd. While on the job, she gained a lot of insight into the film industry and started writing articles on the latest film releases and their box office collections. She also worked as a consultant with several investors, distributors and producers. Later she was approached to head a multiplex chain in India the Carnival Cinemas for 3 years. She also worked as a Script Doctor on at least 65 scripts during her stint in the film industry. She was also a jury member of the Short Film Festival at the Jai Hind College for 2 years. Every corporate that she joined, Ssarita found herself to be surrounded by men. She always had to face politics and struggle to find her foothold with several men trying to push her out. However, she always proved her mettle and achieved her goals. Whenever she had to leave any of the companies, she made sure that she left with her head held high, having made her point. Ssarita worked with multiple companies and reached the top while simultaneously working on her own brand. Despite her various roles and responsibilities, she always managed to dedicate time and contribute towards her school and even started with its expansion. She also was conducting regular workshops and guest lectures in various schools and colleges in Mumbai. All the time while she deftly wore so many hats and delivered beyond expectations in each of her myriad roles, Ssarita Siingh was involved with the development of her schools and finally took over the responsibility as the CEO of the school at Alandi, Pune. Now, she works full time for the development and growth of Priyadarshani Group of Schools, which has a strength of 15,000 students across 5 branches. She is fully involved with the conception to the completion of 3 upcoming branches and 5 preschools in Pune under the umbrella of Priyadarshani Group of Schools. Even now, she seeks opportunities to shoulder more responsibilities. “I am glad that my father never discouraged me from pursuing my dreams. He rather pushed me gently towards my goals and was always there with advice at various crucial moments in my professional life. He was a huge inspiration to me and I will always remember him for that. \Now my sole aim in life is to take my dad’s legacy forward and make him proud, wherever he is,” says an emotional Ssarita Siingh who lost her father recently due to sudden cardiac arrest. Ssarita loved her father and he doted on her. They shared a very strong bond and her father had a lot of trust in her capabilities. He was obviously proud to see Ssarita prove that she is no less than any of her brothers. He trusted her with the rebuilding of their family’s business and making them flourish again. Ssarita took a bold step when she stepped out of her house to work when she was just 16 years old, but then she paved her own path and found her way to reach the very top of whatever she pursued. Ssarita took up all the hardships and challenges in her stride and always came on top. One of the top honchos of her time, Ssarita Siingh is a live example of and what one would call a “Truly Self-made Woman”. She is obviously a role model to young girls because of the phenomenal work in various projects and domains that she has ventured into. “If I can inspire even one young girl to follow my dreams, I’d consider myself a real success,” she concludes. Disclaimer: The views, suggestions and opinions expressed here are the sole responsibility of the experts. No Forbes India journalist was involved in the writing and production of this article.

Tweets by @forbesindia
VIDEO: How IndiaMart leverages AI to make product-matchmaking easier for businesses
Forbes India One CEO Club: 3 major CEOs decode how to build businesses for the digital future