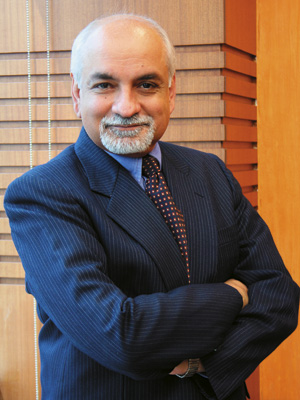 At first glance, it looks like a modern science museum. Take a closer look, and it is a chic demonstration-cum-research and development centre, with the large screen at the entrance displaying portfolio technologies, quite like the periodic table of chemical elements.

The Rs. 100-crore R&D centre in Bangalore reflects the fact that for 3M — a $26.6 billion diversified technology manufacturing company — R&D is about constant innovation, no matter how small the product: Scrubby Scotchbrite, non-sticky bandages, dental fillings or high-end electronics.

The Bangalore centre also marks a milestone in its 20-year India journey. Till now, 3M has been importing, converting, and localising technologies that were used in 7,000 products that it sells in India. Now, it wants to develop new technologies in India, for India. And, in the process, serve other markets as well.

Ajay Nanavati, managing director of 3M India, admits that for a Rs. 1,175 crore company, investing Rs. 100 crore in an R&D centre is a huge bet, but one that will help the company enter Tier II cities. While 30 percent of 3M India’s revenue comes from products introduced in the past five years — within the company, it is referred to as new product vitality index — Nanavati aims to increase that to 40 percent in the next five years, during which the company plans to grow to $1 billion.

Even with more than 100 years behind it, 3M has continued to be a nimble innovator. Its 15 percent rule — allowing technical people to use 15 percent of their time however they wish to — came into effect decades before Google made it glamorous. “We don’t measure that 15 percent time,” says Fred J. Palensky, 3M’s chief technology officer.

3M follows a distributed and networked model of innovation. One may think, it’s a given, but actually it is not. Most global companies get into silos, of either geographies or business units. But at 3M, says Ashish Khandpur, senior executive director (technical), all it takes is two phone calls to “connect with the right person within the global technical pool of 10,000 people”. That makes innovation a two-way street, giving smaller teams quick access to the skills and know-how of bigger teams in different places.

The vandalism-and-theft resistant reflective sheets, the zig-zag yellow paint coatings for traffic safety or the median markers developed for Indian roads may not be attractive to other markets, but the novel sound-and-light management products, particularly developed for compact Indian cars are expected to find global takers. After all, reducing the noise in the car or the number of LEDs in brake lights from 30 to four is not a low-tech feat.

India-style innovation — good quality at a low cost — is what the world is discovering, says Ihlenfeld.

Tweets by @forbes_india
BlackBerry's Success in India
Book Review: The Service of the State