How New York Continues to Attract Tourists Even in Tough Times 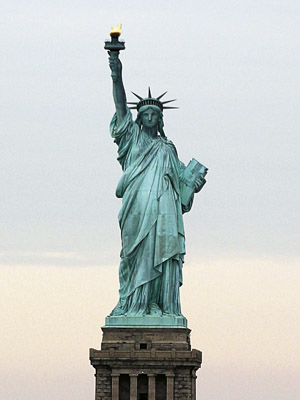 The mayor of New York City recently set a revised tourism target for the city—55 million tourists and revenues of $70 billion by 2015. Though Mike Bloomberg will be out of City Hall by the end of next year, he has set tourism on a trajectory that has consistently defied the slowdown. The city has always beaten the rest of the United States in attracting tourist traffic—it has now exceeded its own expectations. Targets set for this year were met last year, making it an example for tourism authorities the world over.

In his three terms as mayor, Bloomberg has changed much of the way the city works, focusing on better transport, safety and cleanliness. He has also personally driven initiatives that have made the Big Apple more attractive for visitors. Earnings from tourism were up to $17.3 billion in 2011 and the sector provided 310,000 jobs.

Fundamental planning changes in zoning of the city boroughs to allow construction of more hotel rooms is one big initiative. This will take the available rooms in the city up from 73,000 to 92,000 in the next five years. Much of the planning is long term and meant to ensure that there is infrastructure to allow the city and its five boroughs to grow. De-bottlenecking the airports was a big initiative that somewhat eased entry points into the city. Blueprints are being laid out to handle traffic in 2030.

Yet, a lot of the push comes from initiatives that don’t necessarily require dollars on the ground. This July, a study by NYC & Company, the city’s marketing and tourism partnership organisation, showed that a year after the enactment of the Marriage Equality Act, same-sex marriages have generated about $259 million in economic impact and $16 million in revenues. About 8,200 same-sex marriage licences were issued in this period.

Even as the Act was passed, the city launched “NYC I Do”, a multi-channel, global communications initiative that promotes the attractiveness of the five boroughs as a place for couples to get married or enjoy their honeymoon. Marriage equality has made the city more open, inclusive and free—it has also helped support the local economy, says Bloomberg. NYC’s global image in popular culture and media, as a liberal city as a contrast to parts of redneck America, is boosted by these measures. 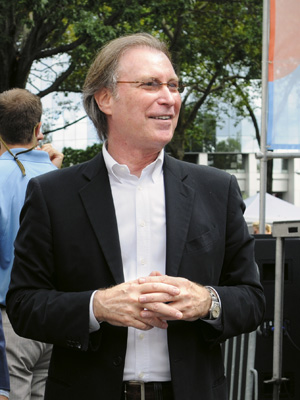 “We see strong growth projections for tourism to NYC in the next four years,’’ says George Fertitta, CEO of NYC & Company. Fertitta was picked by Bloomberg to head the not for profit quasi-agency that worked with a budget of $35 million this year. Half of these funds come from the city and the rest from partnerships with the likes of Amex, Travelocity and American Airlines. The New York Restaurant Week, one of the most popular summer events this summer, that offered dining deals in 300 restaurants all over the city, is being underwritten by American Express. The 20-day event results in millions of dollars in sales and is an integrated program being tried out now in many other cities of the world, says Ferttita.

Domestic tourists constitute three-fourths of the visitors to NYC. The city has never been a cheap destination, and hotel room rates are daunting for the budget traveler. A study by PKF Consulting shows that average daily room-rates in the city increased to $277 in 2011, up from $261 the previous year. National Tourism Agencies all over the world struggle to find the balance between trying to maximise the yield per visitor and not pricing themselves out of the market.  NYC competes not only with Canada and the Caribbean, but also with 49 other American states, all of whom are cheaper to visit. The attitude of the locals can be a big differentiator says Fertitta.  Just 10 years ago, tourists were looked upon as a nuisance, but that is no longer the case, he says. One measure of this was the “Just Ask the Locals” campaign kicked off in 2008. This featured celebrities like Robert De Niro and Julianne Moore offering tips on things to do in the city. Of course, in many parts of the world, people have their own ideas about what to do in the city, says Fertitta. Thanks to the popularity of Sex and the City, Fertitta had to face some unusual questions at a recent conference in Shanghai.

That does not stop him and NYC & Co from turning its focus to tourists from newer geographies. “Historically, most international tourists came from Europe, but the effort is now to look at other markets, especially in South America,” he says.  200,000 of NYC’s visitors last year were from India. The city has stepped up its marketing efforts to try and increase this number.

The NYC experience has a lot of lessons for Indian tourism authorities. India ended 2011 with 6.2 million foreign tourists, growing 9 percent over the previous year. The lessons are two-fold. First, it is critical that the centre and state tourism authorities forge stronger partnerships with the tourism trade. Stronger tie-ups with hotels, travel agencies, airlines and others in the travel chain are needed. Like elsewhere in the world, the return on every rupee spent by the agencies needs to be examined. This is essential to improve marketing and offer value to tourists. The second part is the need for a drive to improve tourism infrastructure. Hotels groups have drawn up extensive plans to increase their network all over the country. Better roads, a greater focus on safety for tourists and more public amenities at tourist spots are needed to make the India experience truly incredible.