India has joined an exclusive club with the knowhow to process titanium sponge, a key material in space and defence applications 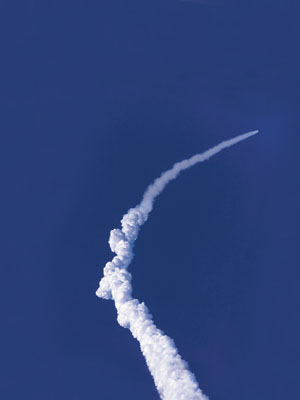 In 2008, NASA’s $2.3 billion Mars mission risked being grounded because some spare parts made of the metal titanium were of suspect quality. Back home, the Indian Space Research Organisation, or ISRO, is still looking for reasons for the GSLV’s (Geosynchronous Satellite Launch Vehicle) mid-air explosion on Christmas day last year. But going forward, it won’t have to worry about one key input — the quality of titanium used in the launch vehicles. That’s because India will soon process the ore itself and so, will have better control over its quality.

The breakthrough is a result of pooling of resources among state-run organisations and companies. The technology was developed by Defence Metallurgical Research Laboratory, a laboratory under Defence Research and Development Organisation, or DRDO. It cost KMML Rs. 143 crore to set up the facility and the tab is being picked up by ISRO’s Vikram Sarabhai Space Centre in Kerala. The job of converting titanium sponge to titanium alloy will be done by the Hyderabad-based Mishra Dhatu Nigam.

Titanium ore is mined from beaches and the metal is known for its high strength but low weight, making it an ideal material for aircraft manufacture, including fighter aircraft. The material is also used in nuclear plants, and to make dental implants and mobile phones. “With India’s long coast line, titanium reserves are abundant here. And given its high costs and strategic use, we were trying to become self-sufficient for some years,” says a senior DRDO official. Insiders say the government has often been held to ransom by international suppliers. One example: The embargos imposed after the nuclear tests in 1998 made sourcing the metal difficult.

Five hundred tonnes may sound like a small amount, but the world production itself was around 150,000 tonnes in 2010. China dominates the production and use of titanium. Nine out of 18 companies making titanium sponge are Chinese. The KMML plant not only helps India get parity in strategic affairs but also opens the door for regional influence. In the pipeline is a partnership to make titanium sponge with Kazakhstan. This is another opportunity for India to expand its sphere of influence as a provider of special materials.