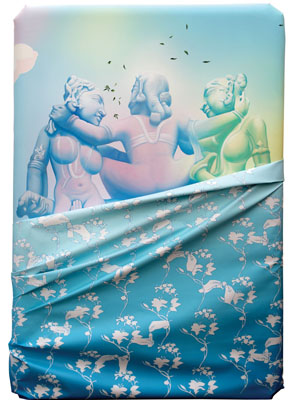 That art can build bridges between cultures is known. That sponsoring art can achieve much the same result is something that Infosys is working towards.

The Indian IT giant is the sponsor for the ongoing exhibition Paris-Delhi-Bombay at the Centre Pompidou in Paris, home to the largest museum for modern art in Europe. Running till September 19, the show, conceptualised two years ago by the Centre Pompidou’s president Alain Seban, aims to make a slice of contemporary India available to the French people. With 30 Indian artists and 17 French ones, Seban also wanted to facilitate an exchange of culture to create long-term relations between the two countries.

Finding it an appropriate fit with the theme of cultural integration that it wants to push, Infosys decided to sponsor the show.

Rajesh K. Murthy, vice president and global head, SAP Practice at Infosys, says the move is aimed at bridging gaps between cultures and is not a confidence building measure to improve their image as an Indian IT firm.

The image that many Indian software firms have in countries such as the US and the UK is that of job-snatchers. Job losses due to off-shoring are often referred to as being ‘Bangalored’.

Murthy says that Infosys sponsoring Paris-Delhi-Bombay has nothing to do with ill-feelings towards outsourcing, as the company does not face any problems in France.

It has been seen as a new approach by an Indian company, he says, “This is some sort of a pilot for us.” Infosys is open to more such shows, although Murthy says they will wait for a few months to let the effects of the current show settle. An event like this, Murthy explains, has two positive outcomes. The first is from the employee’s perspective. Infosys operates in around 30 countries and hires people from 80 different nationalities. An exchange of cultural ideas makes people understand one another better, and work together more efficiently. He adds that the company also gets different views about their work from people of different countries. “It is important that all of this comes together… to provide services to our clients,” he says.

The second positive outcome is from the point of view of the company’s expansion plans. Infosys is quickly moving into new markets and “the biggest barrier that we typically face is that of language. There are different ways to surmount that barrier,” says Murthy. “The impact of such a thing [the art show] where languages are different [is immense].”

Moreover, in the long term, this kind of cultural activity significantly helps promote trade between countries, he says.

There has been a long-standing tradition of global multinational corporations spending big money on the arts. Watch maker Swatch is the biggest sponsor for the Venice Biennale, a contemporary art show held every two years, since 1895. Banks, such as Deutsche Bank and UBS have been sponsors of the arts for several years. While Deutsche Bank’s Frankfurt headquarters has 1,500 pieces on display, UBS has been the main sponsor for Art Basel, an annual art fair in Basel, Switzerland. 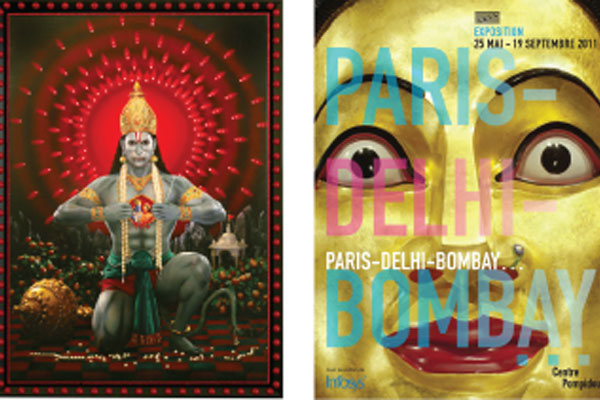 But sponsorship of the arts is at a “very nascent stage” in India, says international curator Shwetal Patel. “There are more pressing matters… other places they can spend their CSR money.” For example, Wipro focusses on education and environment, Essar supports social, educational and community causes and the Aditya Birla Group encourages rural development and polio eradication.

“We cannot blame corporate houses for not being involved as there was nothing being offered with quality to participate in, except the most engaging Bollywood and cricket,” says Indian contemporary artist Riyas Komu, whose works are displayed at Paris-Delhi-Bombay.

Jawhar Sircar, secretary, Ministry of Culture, says that there is a limit to what the government can do. “The art world is growing much faster than the rate at which the state may, could and should be involved. The corporate sector has to step in as we cannot expect the government to be expanding its activities endlessly.”

Ancient and medieval monarchs were the usual patrons of the arts in their efforts to build good will. “Today, we need the corporate kings to be the patrons of the arts… and I’m sure it will do the same,” says Harish Bijoor, brand strategy specialist. “Showcasing India in the foreign market always gives a positive stroke to brand India… and whenever such a positive stroke is given to brand India, brand Infosys gains. There is always a connect.” 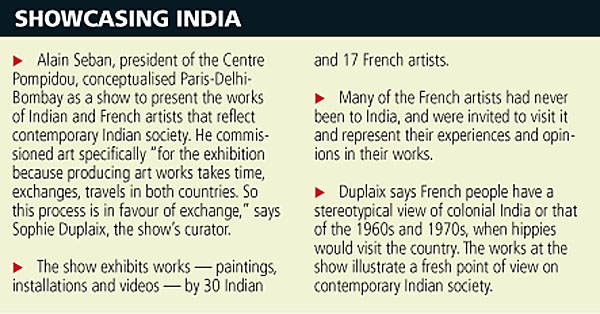