The economics of cash on delivery don't add up 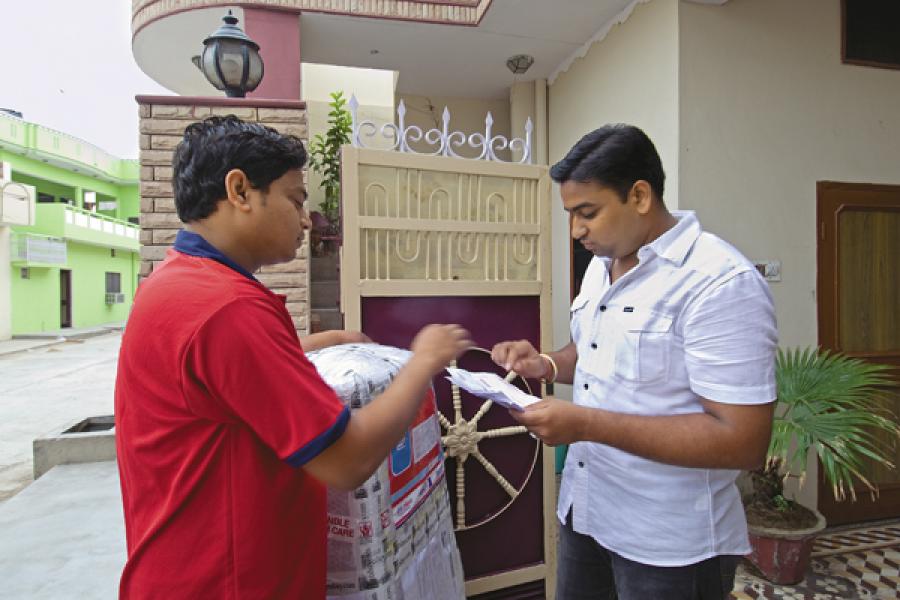 One of the most widely believed facts about the Indian e-commerce story is that Flipkart.com’s 2010 decision to start offering “Cash on Delivery” (COD)—a payment option that allows buyers to pay for goods at the time of receipt—catalysed the entire sector and set the stage for fantastic growth rates thereafter.

“There is a massive amount of hype that COD, as defined by Flipkart, has redefined e-commerce in India. It is absolute nonsense,” says K Vaitheeswaran, founder and CEO of Indiaplaza.

Vaitheeswaran introduced COD at Indiaplaza back in 2001, when it used to be called Fabmart.com, only to withdraw the option by 2003.

Worse, many of Vaitheeswaran’s customers told him they found COD more cumbersome than prepaid orders (via credit or debit card) because someone had to be physically present at the time of delivery with cash.

“It is my fundamental belief that people shop online for three reasons: Selection, pricing and convenience, nothing else. COD basically knocks the last one out of the park,” says Vaitheeswaran.

PREPAID TO POSTPAID
The Indian mobile growth story was to a large extent powered by the rise of the prepaid SIM card, which gave customers greater control over their monthly bills while putting their money in the hands of mobile operators upfront.

Taking a cue from mobile operators, Indian Direct to Home (DTH) operators convinced their customers to pay for their monthly TV in advance instead of at the end of a month, as they’d done with local cable operators.

But through COD, e-commerce companies are doing exactly the opposite, thus squandering a massive cash flow advantage.

Mukesh Bansal, the founder and CEO of Myntra.com, lived in the US for nearly a decade before moving back to India to start his business. “I shopped with Amazon.com for years, using my credit card. But for the last few years I’ve been ordering through COD only. I think it’s India’s equivalent of [Amazon’s] one-click-pay,” he says.

Of course, Myntra offers its customers COD, like practically every e-commerce company in India. COD now accounts for 50-60 percent of orders for most companies.

“People have gotten so used to COD from other e-commerce sites that it has become an expectation,” says Gaurav Kushwaha, the founder and CEO of online jewellery seller Bluestone.com.

Indian e-commerce firms credit COD for enabling millions of Indians to transact online using cash because there simply isn’t enough plastic around. There are 100 million internet users in India, but only around 18 million credit cards.

But according to the Internet and Mobile Association of India (IAMAI), of those 100 million internet users, only around 10 million are active online shoppers.  And the RBI tells us there are 240 million debit card users in India.

We are thus confronted with two stark facts: First, there are over 200 million card users in India who are still not shopping online, and second, e-commerce companies who offer COD might be turning debit or credit card users into exclusive COD users.

Of course, one could argue that most of these users aren’t comfortable using their cards online, but IRCTC, the Indian government-owned rail ticket portal, has managed to attract 25 million registered users without offering COD.

THE DISECONOMICS OF COD
Much like a slow-acting toxin introduced in a person’s bloodstream, COD makes its presence felt gradually within startups by infecting various functions and creating unforeseen complications. The most obvious “symptoms” are the direct costs. For every order delivered via COD, third party courier companies charge either a fixed fee, ranging from Rs 45-75, or 2.5-3 percent of the order value, whichever is higher.

Most entrepreneurs counter that a payment gateway for credit card transactions would charge a similar amount. They were right till last month, when the RBI cut merchant fees for debit card transactions to a maximum of just 1 percent. Also, after deducting their fees, courier companies tend to sit on COD money.

To avoid this, most e-commerce companies have started doing their own deliveries. Flipkart alone has about 1,300 employees doing door-to-door customer deliveries. Some of them also carry wireless card readers to allow for “card-on-delivery”, but at an annual rental of Rs 6,000-12,000 per reader, that isn’t an option for every startup.

A 2011 study by consulting firm ATKearney in the Chinese e-commerce market found that the economics of running a self-owned delivery network make sense only at a volume of about 2,000 parcels per day per city. In India, where operations costs generally outstrip China’s, the figure might be even higher.

Now a large company like Flipkart may be able to afford it, but can others? Besides, India has over 40,000 PIN codes; how many can be covered through a self-owned delivery network?

COD insidiously works its effect behind-the-scenes in other ways. Because customers who place COD orders haven’t incurred any cost, they usually turn out to be much more fickle at the time of delivery.

At Myntra, returns of COD orders average around 4 percent compared to 1 percent for card-based prepaid orders. For most others, it’s much worse.

Each return implies a further outgo of Rs 45-75 to the courier company, meaning a total spend of Rs 90-150 on a phantom order.

Worse, these returns can play havoc with the inventory costs as products must be examined and restocked. It stands to reason that few e-commerce startups can afford this over the long run.

It’s not just the economics. A CEO of an e-commerce firm points towards larger numbers of suspicious high-value orders, like one his firm recently received for nearly three dozen of the latest Samsung Galaxy smartphones, costing over Rs 30,000 each, from a small town in northern India. The order was never shipped after the buyer refused to pay by cheque or accept delivery in the firm’s offices.

The CEO says he suspects money laundering could be a possible reason.

Because of the potential for mischief with large cash transactions, the RBI too has stated its ambition to move more customers and businesses towards prepaid cards, including mobile “wallets”.

“We have taken millions of people who would have been happy paying through cards and moved them to COD. It is a step back for the long term development of e-commerce,” says Vaitheeswaran.

Get the latest stories, videos, and podcasts from Forbes India directly in your inbox every Saturday
Thank you for your comment, we value your opinion and the time you took to write to us!
Comments 44

Tweets by @forbesindia
Ram Mohan Mishra: Every Citizen is an Entrepreneur
Amod Kumar: Of all states, Uttar Pradesh is an e-commerce Incubator