Ram Mohan Mishra: Every Citizen is an Entrepreneur 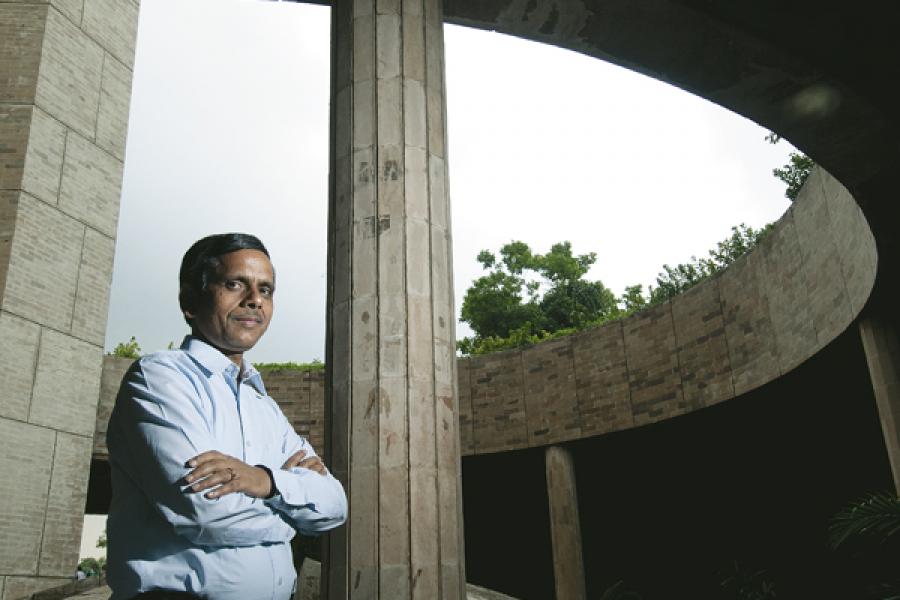 Have you ever wondered why governments can’t work as efficiently as private sector companies? Why the various departments of the government seem to function in silos? For example, if the water and irrigation department has chosen a plot for building check dams to augment water supply, why can’t the forest department simply choose that very plot for meeting its afforestation target?Perhaps it’s because most governments do not have dedicated and thoughtful bureaucrats like Ram Mohan Mishra as their planning chiefs.

Almost two years ago, faced with Meghalaya’s continued backwardness, the Mukul Sangma-led Congress government decided it needed to rethink its strategy to improve the state’s economic condition. Though Meghalaya is one of the most resource-rich states in the country, half of its population was below the poverty line. Before the state was formed in 1972, average income in the region was 10 percent more than the national average. Now it is 10 percent below.

Leading the rethink was Mishra, who along with his team came up with a novel solution: set up a Meghalaya Basin Development Authority (MBDA) as a non-profit company under Section 25 of the Companies Act. The chief secretary is the head of the board with all the important secretaries as board members.  The planning secretary is the CEO and all the district magistrates.

MBDA operates as a company, and looks at the population as entrepreneurs that it can help make more effective instead of beneficiaries to be given dole. Over the last year, Mishra led the initiative to create enterprise incubation and facilitation centres in each block. About 60,000 entrepreneurs have already enrolled, meaning the MBDA, which formally launched this April, achieved its initial enrollment goal in just a few months. “This is a big team effort. And it is successful because we have taken all the stakeholders on board,” says Mishra.

The idea is to push people to dream of their chosen enterprise, while making it the government’s responsibility to bring various departments together and make those dreams come true.  The MBDA also looks at forward linkages, scouting out new markets for an entrepreneur’s products. It has tied up with institutional partners like IDFC Foundation and CII’s India at 75, which help guide innovation. “We are promoting entrepreneurs and it is difficult to predict who will succeed or fail. But this is also an open-ended programme so we can always do whatever else is required later,” reassures Mishra.

He prefers to work behind the scenes, believing bureaucrats should be felt, not seen. Yet, his accomplishments speak for themselves. In addition to his role in creating the MBDA, it was under Mishra’s guidance that Meghalaya became the only north-eastern state to engage its international neighbours, promoting Shillong’s high standard of education to students from Bangladesh and simplifying the rules for border trade.

For inspiration, he still turns to a piece of advice he got during his training in the IAS Academy from  famous civil servant Nari Rustomji: “As a bureaucrat, when you come across a page or a file, you must remember that it is not just a page. Rather, there are a lot of people trying to talk to you through that paper. And you must stay focused to listen to them.”

Tweets by @forbes_india
Alex Menon: Braving Naxal Kidnappings to Develop One of India's Most Backward Districts
Cash on Delivery Doesn't Work for Companies