Amod Kumar: Of all states, Uttar Pradesh is an e-commerce Incubator 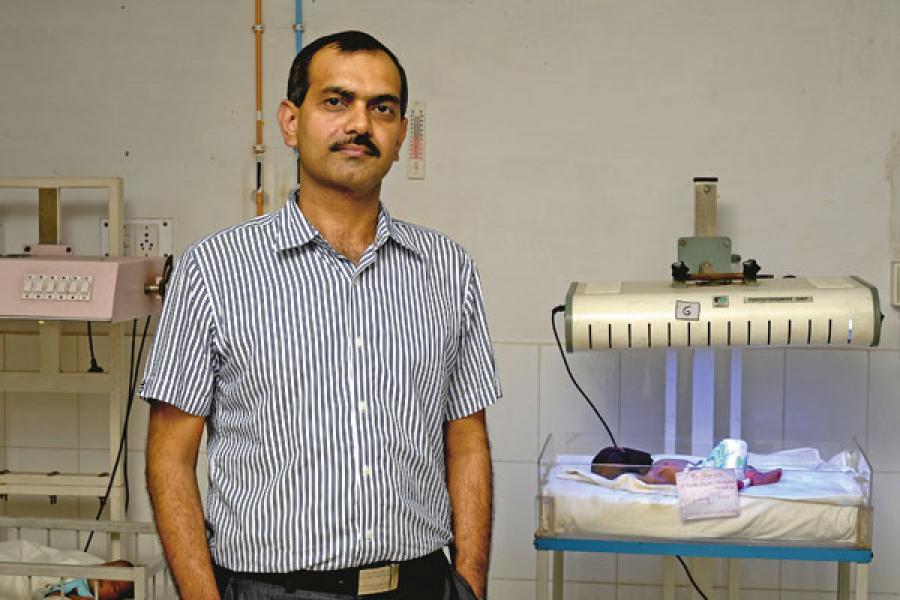 It was friendly banter with his batchmate in the Indian Administrative Service that egged Amod Kumar, BTech from IIT-Kanpur, to come up with India’s first successful e-governance initiative based on a public-private partnership (PPP) in 2004. Kumar’s friend, the DM in Jhalawar district in Rajasthan, was putting together an e-governance initiative called Janmitra. On a stray phone call he chided Kumar, saying, “UP mein to kuch nahin hota (Nothing happens in Uttar Pradesh).”

That got Kumar, the first-time DM of Sitapur district, to take up his own e-governance experiment. He quickly put together a three-man team: a block development officer on the development side, a sub-divisional magistrate on the regulatory side and a district information officer on the technical side, and sent them to study two new e-governance initiatives – Janmitra in Jhalawar, and Gyandoot, in Dhar, Madhya Pradesh.

2004 was still early days for e-governance in India. “The DM's office still had only manual typewriters,” says Kumar. But the idea was to reach each member of the district’s massive population in a fast, effective manner. The team returned with some learnings but wasn’t very impressed. Neither Janmitra nor Gyandoot was sustainable, as both were based on government subsidies.

Kumar took a revolutionary decision. Instead of subsidising e-governance programmes, he would involve private players and charge them. He’d intuitively created a PPP approach before he’d ever been formally introduced to the concept.

Kumar convinced 13 vendors to open internet kiosks, called Lokvani, where the public can come and place their grievances and queries before the government through a web platform. The government charged vendors a one-time licence fee, and vendors charge a nominal Rs 15 per transaction to each complainant. At the end of the day, Kumar and his team would meet to resolve the complaints and post the solutions on the same web platform for the public to see the next day.

The scheme was a hit with the public and by 2005, the Samajwadi Party government announced Lokvani’s expansion to all districts. Today, there are around 200 kiosks in Sitapur alone and thousands across the state, even though the change of government in 2007 and the advent of Common Service Centres by the Central government held back Lokvani’s expansion.

Every year between 2005 and 2010, Kumar was invited to share his experience with the young probationers at the IAS academy in Mussorie, who employed his wisdom in their respective states. “I cannot have a patent on the Lokvani system as it is very commonsensical, but I do draw a lot of satisfaction that whatever I did in Lokvani has today spread to the whole country,” Kumar said.

His next big move was in 2010, when he used IVRS (Interactive Voice Response System) technology to audit the mid-day meal scheme. Each day, an automated phone call was made to every principal in the state to record the number of students eating mid-day meals. The daily audit reduced instances of principals overstating the number of beneficiaries, while also encouraging principals to expand or adopt the programme for fear of being criticised for inaction. After audits began, the percentage of schools without mid-day meal schemes or not in compliance dropped from 35 to five, but expenditures on the programme decreased despite the expanded reach. Kumar’s efforts got recognition when this idea was replicated at the national level.

With the return of the Samajwadi Party in UP, Kumar has been brought in as a consultant on e-governance in addition to his current role as project directo, Manthan, which runs experiments to improve maternal and neo-natal health in the state and is funded by the Bill and Melinda Gates Foundation. Many say e-governance won’t help solve deeply-rooted social problems like corruption, which need nation-building and honest leadership. But Kumar has a more measured take. “Both solutions are not sufficient on their own. For a country of India’s size and population, even an honest leader will not be able to solve problems without using e-governance.”

Tweets by @forbes_india
Cash on Delivery Doesn't Work for Companies
UV Singh: On a Mission to End Illegal Mining