FCCB - Debt in the Time of Recession 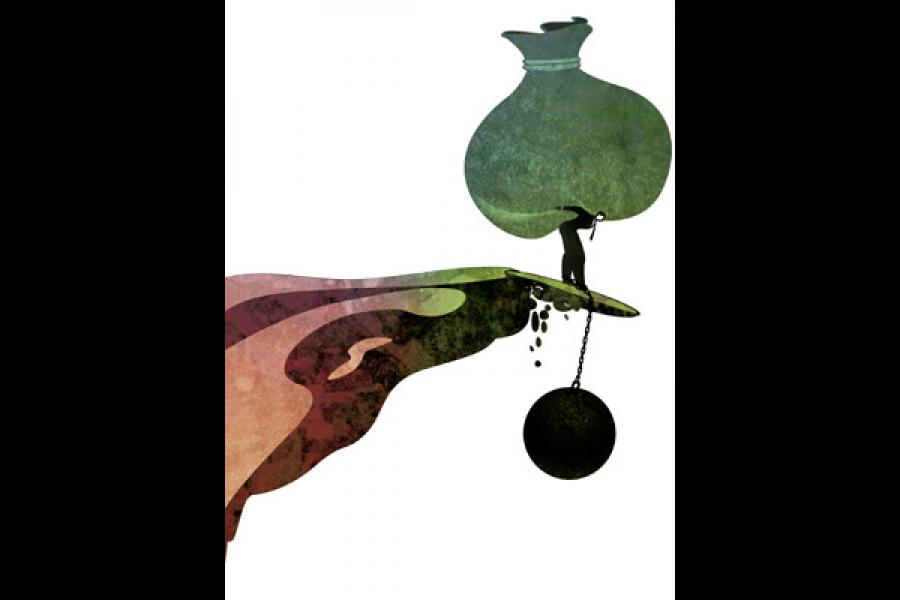 In January 2007, Subex, a software products company that grew mostly through acquisitions, was all set to make its most daring purchase; this time a Canadian company called Syndesis for $165 million in an all-cash deal. It wanted to raise the cash through an equal mix of equity — through Global Depositary Receipt (GDR) — and debt — through Foreign Currency Convertible Bonds (FCCB), a type of bond that gives its holder the option to convert it into a stock at a future date. A month later, global markets crashed, and its own share price went below SEBI norms for a GDR issue. Subex decided to fund the entire acquisition through FCCB.

Fast forward to the present. Subex share price is languishing in the 40s, a fraction of Rs. 724, its price around the time it was preparing to make the acquisition. The conversion price is Rs. 630. It has cash balance of about Rs. 6 crore, as on end of September 2011. The FCCBs were due to mature in February 2012.

Subex might not be the most representative of the companies that went on an FCCB binge three to five years ago when optimism rode high among Indian companies. But Subex’s concerns are the same as many others who went for a debt-driven growth before the financial crisis. According to data compiled by Brickworks, Rs. 17,500 crore worth of FCCBs are due in the current financial year, and Rs. 20,000 crore worth is due in financial year 2013.

The world of business runs on debt, and debt always comes with a due date. However, the due date is coming at a bad time. Interest rates are high — making it difficult for companies to look at refinance options. The bonds are in foreign currency, and the rupee is weak at around Rs. 49 to Rs. 50 a dollar. And, most importantly for FCCB issuers, the economic uncertainties have kept the stock prices low. The Sensex which had crossed 20,000 during the boom time, is around 17,500 now. Some sectors, such as infrastructure, which used the FCCB route, are performing worse than the market. The current market prices of most companies that went for FCCB are lower than the conversion price — in some cases a fifth or a tenth of the conversion prices.

This means, the investors would want to redeem their bonds, rather than convert them into equity, putting enormous pressure on the companies that did not anticipate the bigger changes. Manishi Raychaudhuri and Gautam Mehta, analysts at BNP Paribas, wrote in an October report, “...companies may prefer to default either as a negotiating tactic — to get bondholders to accept haircuts — or because they do not intend to access international capital markets. In such instance, the only recourse for investors is through the slow and unpredictable Indian legal system.” At least two companies, Wockhardt Pharmaceuticals and Cranes Software, have filed for bankruptcy.

Some were prudent enough to save cash to pay back the bondholders. Some, like Anil Ambani’s Reliance, looked at innovative refinance options, says Nishant Anshul of Brickwork Rating.

For many others, the only option will be to restructure the rollover of bonds, or reset the conversion price — in return for a higher coupon rate or for a higher stake in the company. Tata Steel, for example, offered a higher coupon rate of 4.5 percent (from 1 percent earlier) to roll over its bonds maturing in September 2012 to November 2014. Tata Steel could depend on its reputation and size at negotiating tables, but it will be harder for most others. Subex did a restructuring of FCCBs once early last year — by resetting the conversion price and reducing the face value. Now, it has to go through a similar process again.

Some companies have it easy, some have it tough. This could well be an indicator of how things turn out in the FCCB market in the future. “There will be sharper segmentation. The bigger companies with good reputation will find it easier to tap the market. The smaller one will have it tougher than before,” an analyst said.

(This story appears in the 02 December, 2011 issue of Forbes India. To visit our Archives, click here.)