For almost a year now, and especially after the aborted acquisition of chemical giant LyondellBasell, the energy market has been waiting for Reliance Industries to make its next move. Sitting on almost $6 billion in cash, India’s largest company by value has been prowling around the world for lucrative opportunities. The company finally made its wager in April. The bet was placed thousands of miles away in south-eastern United States, on a sandstone rock formation called Devonian shale.

The $3-billion-plus bet on shale gas in two joint ventures signed up since, is RIL’s largest overseas investment ever. Like the gas it seeks to find, the move is unconventional, not the least by the company’s own yardstick. RIL has paid for a minority stake in two companies — 45 percent each in Atlas Energy’s Marcellus lease and in Pioneer Natural Resources’ core Eagle Ford acerage. Not only are the investments being made without majority control of the companies, they are also in a market that RIL has little presence and virtually no influence over. Neither does RIL have any knowledge of the terrain’s geology. And therein lies the key. 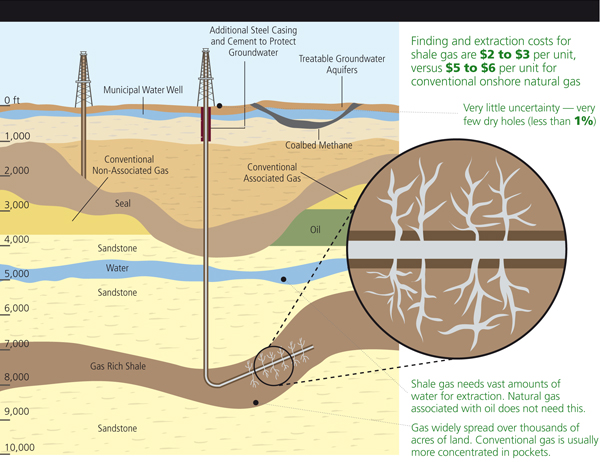 Tweets by @forbesindia
Are You Happy With Your Raise?
Consumables, a Cause and Literature