Zip Up! - What's With Powerful Men and Sex? 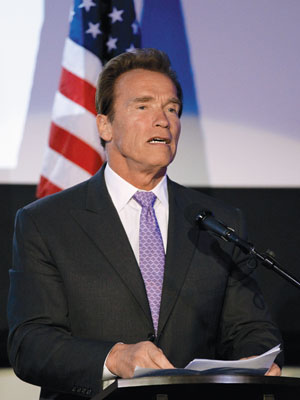 Image: Mario Anzuoni/ Reuters
LOSING CONTROL The Terminator was in a consensual relationship with his household help

Former California governor Arnold Schwarzenegger fathered a child with his household help a decade ago, Dominique Strauss-Kahn, head of the International Monetary Fund, is accused of sexual assault and Italian Prime Minister Silvio Berlusconi is standing trial for statutory rape.

Magazines and newspapers have slammed the men in question, often bunching them together; Time Magazine’s May 30 issue calls them pigs which is a bit harsh on Schwarzenegger. The Terminator was in a consensual relationship with his household help. He failed as a father and a husband but is he a pig? No. Berlusconi and Strauss-Kahn on the other hand have been accused of statutory rape and sexual assault. Strauss-Kahn faces up to 25 years of prison time if convicted.

But what is it about powerful positions that makes these men unzip their trousers outside their homes? Testosterone, excessive risk-taking, a feeling of invincibility and need for novelty, say psychiatrists and psychoanalysts. “They have a trait, it’s called sensation seeking... a need for stimulation, experiences that are high on novelty and high in intensity. One of the areas that this can be expressed is sexual behaviour,” says Marvin Zuckerman, Professor Emeritus, clinical psychology, University of Delaware.

“They have to regulate certain issues around self-esteem,” says Dr. Kenneth Settel, clinical instructor of psychiatry, Harvard Medical School. “Their range of feelings, especially vulnerability, goes beyond normal. Take Strauss-Kahn, whenever anyone talks about him, they talk about his charisma, his brilliance, not this,” he says. They have to demonstrate they are still in control. Maybe that explains why Schwarzenegger, Strauss-Kahn and Berlusconi, are men who are past their prime. 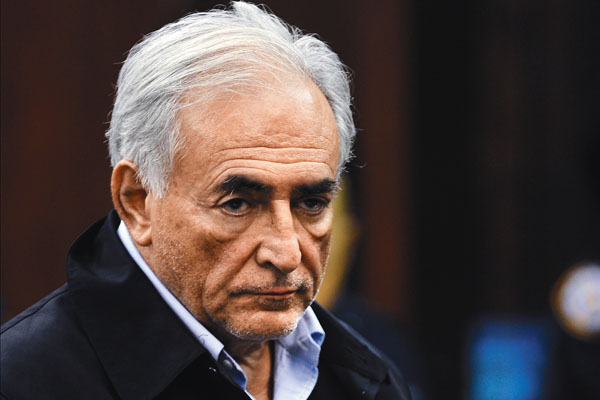 Image: Strauss-Kahn: Pool New / Reuters
In the Dock:Strauss-Kahn lost his entire life’s hard work in a moment of impulse

Okay, so they are past their prime but have beautiful wives and are incredibly successful. Shouldn’t their brain cells that help them negotiate billion dollar deals send them warnings when they want to do something stupid?

“There are two different areas: One is their work, which they think through and is deliberate. But in the area of sex and aggression, it’s quick and impulsive. They tend to act without thinking about the risks and if they do think about the risks, they underestimate them,” says Zuckerman. “They are focussed on the reward like Strauss-Kahn acting on the incidence of a maid entering his room. He didn’t think much obviously, didn’t think of the negative consequences, he thought only about the positive possibilities for him,” he says. It was the same case with golfer Tiger Woods who threw discretion to the wind as he slept with any female who would get into bed with him. 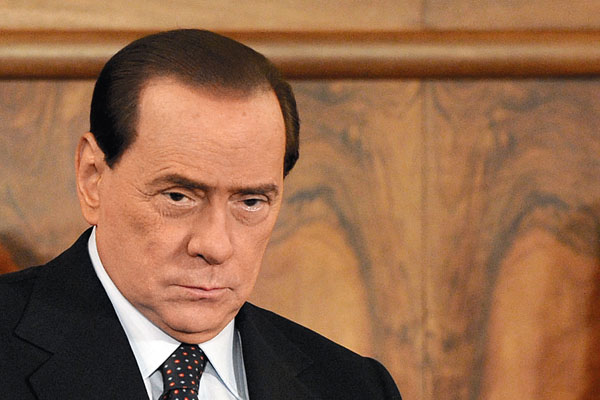 A recent New York Times story spoke about the predatory culture at the IMF where the men were on the prowl and the women on the defensive. Ravi Subramanian, a finance industry veteran and author of If God was a Banker, blames this on the culture of the organisation. The book was inspired by events that took place in an international bank that entered India in the early 1990s. Sex, money and promotions were a lethal cocktail there and it required a clean-up by an entirely new team to make it a woman friendly place. “Today’s world is very competitive. And financial services reflects this in the best and worst way. People start believing that doing that extra bit will give them what they need,” he says.
Settel brings another dimension to this. “High finance reinforces the feeling of invincibility. You are trading $100 million a day and you are pulling it off. You are surrounded by people who are in awe of you. And it [sleeping with your juniors] becomes part of the culture. It develops over time and becomes part of the value chain in the organisation. You feel no one can challenge you and you are safe,” says Settel.

The advantages for women sleeping with someone in power are obvious. The men are their sugar daddies. What about the wives? Maria Shriver left Schwarzenegger just as Elin Nordegren left Tiger Woods and Berlusconi is in the middle of a divorce with Veronica Lario. The surprise package here is Strauss-Kahn’s wife Ann Sinclair who has stood behind him through this scandal and says that she is proud that her husband can seduce so many women. She calls him a chaud lapin (hot rabbit).

“Both of them live in this world of success and wealth,” says Settel. “They resonate with each other on some level. She has certainly risen on this occasion to protect him,” he says.

Men and sex is all very well, but why don’t we hear of more women aggressively pursuing sex? “Men are sort of biologically programmed in the sexual arena,” says Settel. “That’s not to say women are not promiscuous or predatory. They can be great seductresses but they are controllers. Men move on after a ‘conquest’,” he says.

Subramanian has another theory. “There’s a different perception about promiscuous men and women. A man is called a stud while a woman is called a slut. That makes them more circumspect, and a lot more discreet. Men like to brag about it,” he says.

Which proves the age-old cliché, ‘Kiss but don’t tell.’

Tweets by @forbesindia
Have Money, Will Throw
Reading Made Easy - Why Just Books Libraries Work