Instead of a handful of big-bang reforms, the FM has gone for a series of incremental changes to ensure necessary impetus at the grass-root level 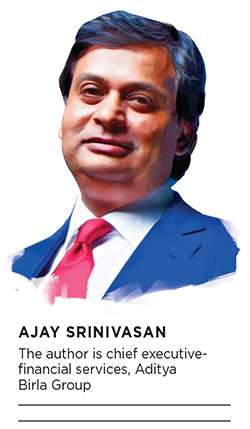 Budget 2016 was a nuts-and-bolts budget with Finance Minister (FM) Arun Jaitley ushering in many changes that will contribute to areas like ease of doing business, cutting down tax-related disputes, and simplifying tax administration.

There are about 3 lakh tax cases pending with the first appellate authority—the disputed amount sums up to around Rs 5.5 lakh crore—and hopefully some of the dispute resolution mechanisms proposed in the budget will help resolve these.

The other noteworthy point is the budget’s focus on ‘small’ rather than ‘big’. The beneficiaries from this budget include small entrepreneurs, small businesses, startups, small farmers and small taxpayers. The anticipated reduction in corporate tax has kicked in but only for companies with a turnover of up to Rs 5 crore.

Similarly, the presumptive taxation scheme currently allows businesses with a turnover of up to Rs 1 crore per annum to do away with the requirement of maintaining detailed books of account and audit. The turnover limit has now been raised to Rs 2 crore. The idea is to make life easier and simpler for lakhs of small entrepreneurs and micro, small and medium enterprises (MSMEs) that are an important part of our manufacturing and services sectors.

The budget had a balancing act to do between fiscal prudence and providing a big fiscal stimulus. It chose the former by sticking to the fiscal deficit target of 3.5 percent as laid out in the Fiscal Responsibility and Budget Management Act. The government will need to ensure that every rupee of its capital expenditure of Rs 5.5 lakh crore is effectively spent to create assets, generate employment and augment growth.

The money from this budget will be primarily spent on rural India, agriculture and infrastructure. Given two successive years of monsoon failure, it was important for the government to address rural distress and provide relief by way of employment and income generation. The budget has not forecast unrealistic revenues and growth is probably expected to come from better monsoon, the Seventh Pay Commission, some of the spend in this budget and also from lower interest rates.

The 3.5 percent deficit target means lower-than-estimated borrowing in the next fiscal year, which has brought some much-needed cheer to the bond market.
With the government delivering on the fiscal side, the focus has now shifted to Mint Road as markets now expect the Reserve Bank of India to oblige with a rate cut.

Given the pile up of bad loans, Budget 2016 was expected to set aside an amount of anywhere between Rs 35,000 and Rs 40,000 crore for recapitalisation of public sector banks. While the amount provided—Rs 25,000 crore—is much lower, the FM has promised to give more if required. Further, the government is probably looking at other options to restore the health of the banking system. For instance, it is willing to cut its stake in IDBI below 50 percent and if successful, there is a possibility that the same may be done for some PSU banks.

The Banks Board Bureau, which will be operational from April 1, 2016, could also set off consolidation of banks. A series of other banking reforms is likely during the course of the year.

The push towards asset reconstruction companies (ARCs) should be seen as another measure to tackle stressed assets. The budget has paved the way for 100 percent FDI in ARCs and the move to allow complete pass through of income tax to securitisation trusts, including those of ARCs, could help attract more investments to this vehicle. 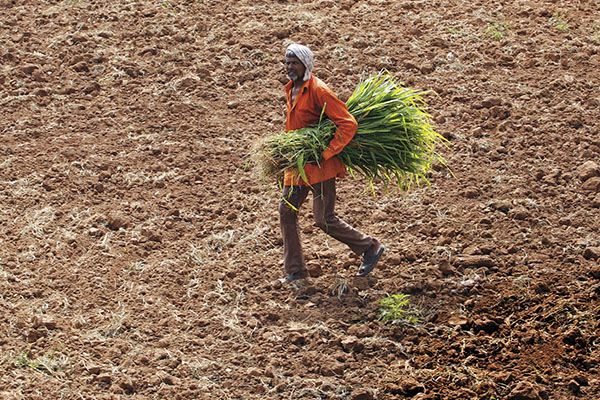 Image: Amit Dave / Reuters
The money from this budget will be primarily spent on rural India, agriculture and infrastructure
Further, the budget has proposed to make amendments in The Securitisation and Reconstruction of Financial Assets and Enforcement of Security Interest Act to allow the sponsor of an ARC to hold up to 100 percent stake in the vehicle and permit non-institutional investors to invest in securitisation receipts. This will add depth to the market for stressed assets. A robust asset reconstruction framework will ensure that a chunk of bad loans can be taken off the books of the banks and sold to ARCs.

The equity markets heaved a sigh of relief as the budget did not introduce long-term capital gains tax. However, the rate of securities transaction tax in case of options has been raised from .017 percent to .05 percent. Similarly, an additional 10 percent distribution tax has been imposed on those who get dividends in excess of Rs 10 lakh per annum. Both these proposals are mildly negative for the investor community but may not have a material impact on sentiment in the medium term.

It is evident that the FM has judiciously stayed away from one big idea or a handful of big-bang reforms and ushered in a series of incremental changes to ensure that the economy at the grass-root level receives the necessary impetus.

Overall, the budget has ticked most of the boxes and shown the right intent. Given our growing inter-linkages with the global economy, budget is only one part of the overall policy framework. The government has the option to go for a course correction should the situation warrant. But for now, smooth implementation of these proposals holds the key for pushing broad-based economic growth. Although the Goods and Services Tax didn’t figure prominently in the speech, one hopes that the key reform is also pushed through.

Tweets by @forbesindia
Bad loans bleed state banks in Q3 and it'll only get worse
Developing deep thinkers is the future of business: Keshav R Murugesh