Budget 2020: Agri targets in place, but no specific roadmap 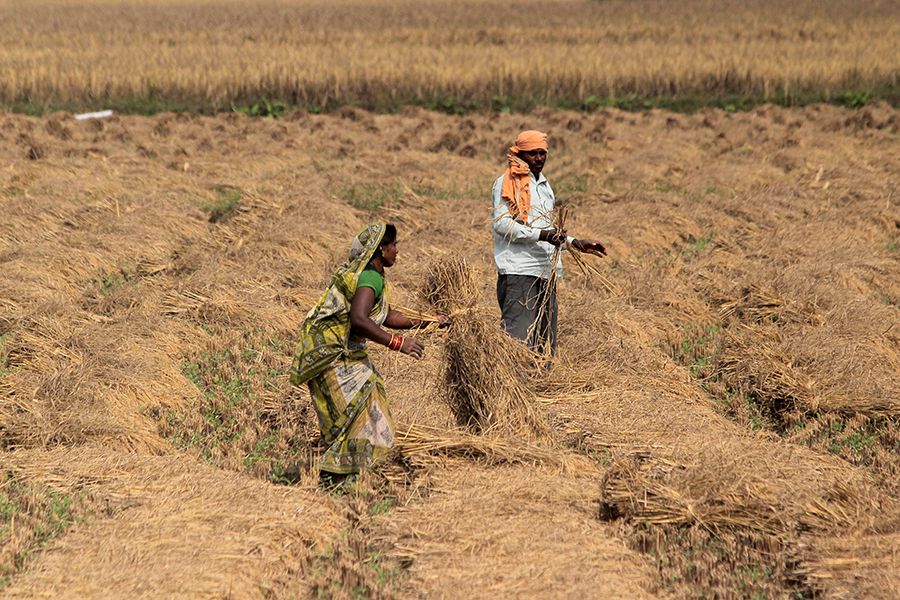 Minister of Finance Nirmala Sitharaman in her Budget speech for FY20-21 spelt out a 16-point plan to revive the struggling agriculture sector and increase rural incomes and demand, emphasising that the government remained committed to doubling farmers’ incomes by 2022. The government allocated Rs 2.83 lakh crore for agriculture and allied activities, irrigation and rural development in the Budget. However, analysts point out that the Budget does not lay out a clear plan to achieve the doubling of farmer incomes. Agricultural growth rates have been less than 4 percent since 2015-16, in agricultural GVA. “If you want to double incomes from 2015-16 by 2022, you need an annual growth rate of 10.4 percent. We have four years with a growth rate of 3.9 percent. That means now for the next three years, the incomes should rise by more than 14 percent for them to double,” says Shweta Saini, senior consultant at the Indian Council for Research on International Economic Relations. “This would require a 360-degree push to the income,” which means creating more non-farm opportunities, among other things. The finance minister said the government would help 20 lakh farmers set up standalone solar pumps and 15 lakh farmers with solar-powered, grid-connected solar plants. She also encouraged farmers with fallow land to set up solar power plants. “A scheme to enable farmers to set up solar power generation capacity on their fallow/barren lands and to sell it to the grid would be operationalised,” she said in the Budget speech. But analysts say the money allocated for this under PM-Kusum is not big enough a thrust in terms of trying to increase incomes. The focus on infrastructure, markets, value chains and clusters is noteworthy. Sitharaman spoke of measures such as introducing ‘Kisan Rail’, which envisages refrigerated coaches on trains to build a “seamless national cold supply chain for perishables, inclusive of milk, meat and fish”, and Krishi Udaan, to help transport produce by air. However, no mention of budgetary allocations for both was made. “Expanding facilities for processing milk is a brilliant idea, which I think they're going to double. This will have a lot of impact on dairy farmers, who are mostly small and marginal,” says Saini, adding that the focus on fisheries export is also much welcome. The government proposed to raise fish production to 200 lakh tonnes by 2022-23 as well as put in place a framework for development, management and conservation of marine fishery resources. “We hope to raise fishery exports to Rs 1 lakh crore by 2024-25,” Sitharaman said. Speaking of storage and warehouses, Sitharaman said the country has an estimated capacity of 162 million metric tonnes of agri-warehousing, cold storage, reefer van facilities etc, and Nabard will now undertake an exercise to map and geo-tag them to help farmers access them easily. Besides, the Nabard re-finance scheme will be further expanded—the Budget raised the agricultural credit availability to Rs 15 lakh crore, a good target to have according to analysts. The allocation for irrigation under the Pradhan Mantri Krishi Sinchai Yojana was raised from Rs 2,032.2 lakh crore as per the revised 2019 Budget (original estimate Rs 3,500 crore) to Rs 4,000 crore this year. Comprehensive measures were also proposed for 100 water-stressed districts.