From Avvaiyar to Kalidasa: The politics of Sitharaman's poetry 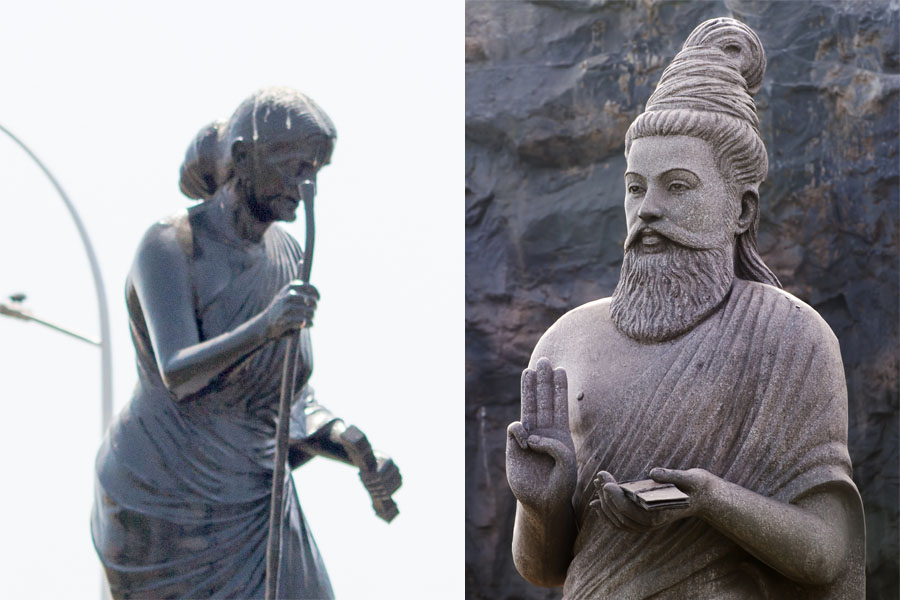 “Bhoomi Thiruthi Un,” Finance Minister Nirmala Sitharaman stressed early in her Budget speech, invoking Tamil saint poet Avvaiyar, which translates to, ‘Tend to your land, do not be excessive and then reap your harvest’. “That’s exactly what our Prime Minister is trying to achieve, so that the farm lands are tended to properly without excessive manure—and with limited water—to grow grains,” she said. Avvaiyar was one of the many literary references Sitharaman made, in an attempt to draw parallels with the policies and politics of the current Bharatiya Janata Party (BJP) regime.

In what was the longest Budget speech in Parliamentary history, stretching to almost three hours, the Finance Minister recited a variety of verses: A Kashmiri poem by Dina Nath Kaul Nadim; a line from Tamil saint poet Avvaiyar’s Aathichudi; one kural of Tamil poet and philosopher Thiruvalluvar’s Thirukkural; and a Sanskrit verse from Kalidasa’s Raghuvamsha. In her maiden Budget speech in 2019 too, the minister—who is an alumnus of Delhi’s Jawaharlal Nehru University (JNU)—had quoted Vivekananda, Chanakya, Pisirandaiyaar and Basaveshwara.  While her attempts to break the monotony of the Budget presentation with literature garnered appreciation last year, this time around, some of Sitharaman’s verses riled up members of the Opposition. For example, she translated Dina Nath Kaul Nadim’s Kashmiri verses into Hindi, saying, “Hamara watan khilte huye Shalimar Bagh jaise, hamara watan Dal lake mein khilte huye kamal jaisa, nau jawaanon ke garam khoon jaisa... Mera watan, tera watan, hamara watan, duniya ka sabse pyaara watan.” [Roughly translated: Our country is like the blooming Shalimar Bagh, our country is like a lotus blooming in the Dal lake, like the warm blood of youngsters…. My country, your country, our country, is the dearest country in the entire world].  This resulted in remarks of protest on the floor, with an unidentified Parliamentarian even shouting ‘Omar Abdullah’ [former J&K Chief Minister], possibly referring to how political representatives of Kashmir are under detention and the people of the Union Territory continue to suffer from lockdown, and internet shutdowns since the government announced the abrogation of Article 370 in August. Sitharaman then quoted Thiruvalluvar to talk about how the Narendra Modi-led government has already accomplished the “five jewels that make a good country”: Pini inmai selvam vilaivu inbam emam, which translates to: Unfailing health, wealth, fertility, happiness and security.  “Pini inmai—Prime Minister Modi’s Aayushman Bharat that guarantees health for all; selvam- wealth-creators will be respected in this country; vilaivu—having good crops through PM-Kisan and doubling of farmer income, improving agricultural output; inbam—happiness to people through ease of living, and above all, emam—national security is a top priority of this government,” said Sitharaman, amid loud protests on the floor of the Parliament.  In the past, former Finance Minister P Chidambaram would also turn to quote couplets from Thirukkural to draw parallels to contemporary governance. Incidentally, the BJP in Tamil Nadu, in November, had faced flak for alleged ‘saffronisation’ of Thiruvalluvar, when the party released an image of him with saffron robes, vibhuti and rudraksha.  Finally, before proceeding to speak about direct taxation laws, Sitharaman quoted a Sanskrit verse that poet Kalidasa had written of a king in the Raghuvamsa, believed to be an ancestor of Lord Rama: “It was only for the good of his subjects that he [the king] collected taxes from them, just as the sun draws moisture from the earth to give it back a thousand times.”

Apart from literary references, Sitharman also spoke of seals dating back to Harappa and the Indus Valley civilisation of 3300 BCE [she referred to the latter as Sarasvati-Sindhu civilisation]. On social media, people pointed out that the Harappan script has not been deciphered yet. “Words from the Indus Script-hieroglyphs have been deciphered. Commerce and trade-related words show how India for a millennia is continuing as rich in skills, metallurgy, trade, etc: Taraka Kolimi is tin smithery, sreni is guild, sethi is wholesale merchant, poddar is assayer of metal into treasury,” she said, to emphasise the long history of entrepreneurship and trade in the country.